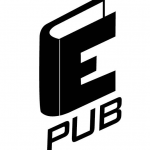 The Epub3 ebook format may have been finalized close to 3 years ago but it is still rather hard to use Epub3 ebooks on a PC.

There are any number of ebook apps which support some Epub3 features (including apps from the name-brand platforms like Kobo, Apple, etc) but those apps are mainly concentrated on iOS and Android.

At long last,that is about to change. Adobe and the IDPF announced yesterday that the new version of Adobe Digital Editions (and the Adobe RMSDK) were now available in a private beta.

Adobe DE 4.0 is the first version of Digital Editions to be based on the Readium Project, and thus it will be the first to also have support for much (but not all) of the Epub3 ebook format. While the current version of Adobe DE supports some features (vertical languages, for one), support for the Epub3 format is still incomplete.

According to the announcement, the Adobe DE 4.0 beta release supports both fixed layout (like cookbooks, graphic novels, textbooks) and reflowable content (novels), audio and video, MathML, Javascript, multiple rendition EPUBs,  and much more.

The beta test is private, so in order to get into it you will need to send an email to [email protected], ask nicely, and then fill out a long form. I’ve already signed up, but I have yet to test anything. At the time I wrote this post, the only beta app available was for OSX. I run Windows.

And that is annoying, because I was looking forward to running the new app through the test suite at EpubTest.org. That site launched earlier this year with the goal of tracking Epub3 support across all ebook apps and devices. That is the site that tells us that the latest version of iBooks (3.2) supports about 61% of Epub3 features while the Kobo app for the iPad supports 66%.

Curiously enough, the app which supports the most Epub3 features is not the official Readium app for Chrome but a white-label Dutch app. Bureau van Dijk Reader claims a score of 82%. If you are interested, it seems to be the work of this fellow.

P.S. On a related note, yesterday’s announcement also mentioned that the new version of the Adobe RMSDK would be released in beta. According to the IDPF, it “supports new Adobe Content Server (ACS) features including subscriptions and other advanced transaction and distribution models”.

Kindle to be Banned from UK Book Festival

You never heard of the Bureau van Dijk Reader because it’s a white-label solution which is currently powering several (better known) products such as CourseSmart and Safari Books Online.

Check out http://reader.bvdep.com/ if you want to learn more about this reader which is truly supporting 82.8% of the EPUB3 features today, and even more tomorrow.

QTI support – for online test assessments – is currently being developed.

Thank you. Your website didn’t turn up in a Google search, so i couldn’t link to it.