What I Expect to See From B&N on Monday

I’ve had an interesting experience today. A number of blogs have been quoting my predictions about B&N, Gamestop, and so on while writing about next Monday’s event. The problem with those quotes is that some of the predictions are so old that they’re not valid anymore. For example, the Gamestop connection is almost improbable at this point and some of my other predictions were rather farfetched. (I wish people had asked; I would have warned them).

Here is some of what I expect to see on Monday.

I don’t expect to see Gamestop involved at all. Yes, a while back I thought that their gaming tablet would be based on the NookColor because the companies have a history of working together.

But last week Gamestop invalidated that prediction. They released the promised gaming tablets and none were the NookColor. I looked into this Sunday night and the 3 Gamestops tablets are just regular Android tablets. Whoever released that older info on the Gamestop gaming tablet was awfully sloppy; much of his claims ddin’t come true.

One detail I hadn’t shared yet is that I’m now seeing more confirmation that the new NookColor will be in Barnes & Noble bookstores on Monday. I started getting hints yesterday about this. I’m told that for at least one store the delivery schedule shows packages coming this week which are not supposed to be opened before Monday. I’m so certain about this that I almost didn’t buy my bus ticket for Monday; it would take less time to go to my nearest B&N store. (But I’m going.)

This isn’t a prediction so much as it’s a statement that I cannot predict what we’ll see. Each of B&N’s new products has been a surprise in one way or another. The original Nook had new Adobe DRM, the NookStudy was an awesome app, the NookColor was LCD and not E-ink.

Now, the NookTouch wasn’t quite the same surprise, but you have to agree that the earlier products all had some technical detail that surprised us. I expect the same to be true on Monday. There will be something that surprises us. I’m not sure what it will be, but I do expect to be surprised.

Edit: One NC or Two?

(added Wednesday morning) Would you believe I forgot the most important prediction? Right now I’m leaning towards just the one new NC. I know ijn the past that I expected a new NC and a refreshed Encore, but I’m changing my mind, David Carnoy’s sources indicated that the Encore won’t be getting a hardware refresh like I thought it would. At this point it is probably going away.

There you have it, folks. The above is what I predict will happen Monday. Let’s see what happens. 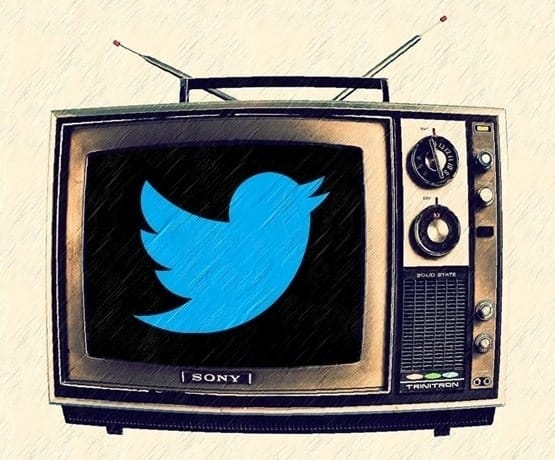 I agree B&N often surprises everyone by leaping over their competitors. The only problem with that is people now expect something new and really cool each time and if they bring out something that is not revolutionary its panned ..

No matter what your views on B&N are you have to agree if it was not for them, the ereader market would not be as interesting as it is now, (and maybe more expensive) .. you also should respect a company that has sliced out a big chunk of the ebook market in a short time.

Two areas to look for surprises are the eink entry-level and the k-12 markets.
Instead of taking Fire head-on in the mediapad arena, B&N could (and should) build off NookStudy and NookKids to look for growth in areas not directly targetted by Kindles.
A bit less likely (premature?) would be epub3 support.
Competition is good for us; may the "war" rage on at least a few years longer. 🙂

The Nook Touch was indeed a surprise given the design of the original Nook. B&N dumped the LCD screen and changed the hardware design totally. And the grippy material with sunken back are unique to them still (Kobo of course had a grippy back, but quilted on flat surface).

It is indeed true that NookColor will be $199. Ive also seen a few signs at work that indicate if you are a member in store that price will go down another $25 as it currently does (249 non member, 224 member) So some of our older members could get the current NookColor for $174. or just recieve a free 1 year membership with purchase if you dont have one.

Also, as with our new Nook Boutique in the center, we are divided into 4 sections, 1 section specified "simple touch/2nd edition", across from that another section specified "nookcolor/encore" , there are 2 open sections, they are currently advertising magazines and kids books, those are going to change. We have unmarked boxes in receiving, the boxes look around the same size as the color device slightly bigger, as well as what looks like "signage" boxes for display.(this is possibly the new devices,they arrived tuesday, 11.1.11)

I do believe that we will be releasing a ton more apps as well for both platforms, we have noticed signs that say "thousands of apps", as we just barely hit over 1000, that is definitely not plural… so look for more there as well.

great info. so i wonder if the simple touch IS the 2nd edition (to the original nook) or, hopefully, we’ll be learning about the 2nd edition of the nook touch on Monday, nov. 7. since the nov. 7th product reveal date was announced/revealed (by the digital reader), i’ve been hoping for an updated nook touch (2nd edition) and a 10″ acclaim tablet to add to the existing 7″ encore. less than four days left to find out. woohoo!

Nook Touch is less than six months old, right?
Pretty short life if the hardware is getting reworked.
Maybe it’s a software tweak to open it up as a tablet and justify the premium price that way?

The Nook STR is fantastic, newly-released, and not in need of a refresh. They won’t be replacing it (and I’ll eat my hat if I’m wrong).

Also, the Nook STR is not a "premium price": it costs $139, the same as the Amazon Kindle Touch. It is true that you can buy an ad-supported Kindle for $99, but you can buy a refurbished Nook STR for $79.

And AndroidCentral gets the scoop. Old Nooks stay, new, lighter, much faster Nook arrives at $249. NetFlix and Hulu join the party.

Actually, a bunch of sites got the scoop. Just not me.

Refurbs are supposed to be used products and I doubt B&N is going to rely solely on used hardware offerings to entry level buyers. Trouble lies that way.
The Nook Touch is a nice piece of hardware but at that price, if I’m in the market for an epub touch reader, I’d sooner get a Sony T1.

Given the difference in business models, Nook needs to be priced closer to Kindle than to Sony. Which is why I expect a cheaper eink nook offering.

I absolutely disagree that you can compare the non-touch Kindle to the touch Nook. A better comparison is the non-touch Nook which runs at $89 (with no ads).

It’s not the features.
It’s the price.
Entry level means just that: the price to get into the game.

And the name of the game is called installed base.
Amazon and B&N both own walled garden ecosystems for selling ebooks. The single most important metric *today* for both is "number of customers", an area where amazon leads and where B&N is playing catch-up. Reader specs don’t matter except in their ability to draw in buyers. And the spec that draws is the most readers is price.

(Reply to fjtorres skewed due to web site limitations…)

Okay, but don’t go around saying that B&N has an entry price of $139. They continue to sell new first-generation Nook readers for $89, so the entry price is $89 (unless that also drops on Monday). That is more expensive, but not the $60 you imply.

And the touch screen for that extra $10 dollars makes it a much more attractive product than the touch-less Kindle.

And still no ads…

apparently the specs have leaked

[…] this is disappointing. Barnes & Noble did indeed surprise me, just like I said they would on Tuesday. But they didn’t surprise me in a good […]