What Readers "Owe" Authors – A Counterpoint

In early April 2013 there was a spate of posts from readers/bloggers which protested some of the more egregious and pushy methods that some authors use to promote themselves ("The Care and Feeding of Authors", for example). I wrote one such post, and I largely focused on how the pushiness can fail in its purpose by annoying readers.

Today I am going to take a step back from the diktats I issued in that post. I’ve come to realize that there were more nuances to the issue than I had known at the time, and I have revised my opinions on how authors should promote themselves and their books.

My new insight comes via The Passive Voice blog. That blog excerpted one of those protestation posts from a month ago, and the ensuing debate raised points that I had not considered. I have pulled together a couple comments from that debate, and I think they add a new context to the pushiness/self-promotion issue.

For example, one commenter pointed out that none of the bloggers protesting the pushiness are doing so from the viewpoint of readers; we’re all industry insiders of one form or another:

Your experience is not typical. I know this because if you are reading this comment, you are not a typical reader. PG isn’t, I’m not, the book blogger who wrote in the HuffPo isn’t, and Nate isn’t. If you’ve seen something 100 times, the typical reader may have seen it once or twice. If something is annoying you because you’ve seen it too many times, get over it. That’s the price of being "in the business".

If, however, it annoys you the first time, that might mean something. Or it might not. Just because it annoys you doesn’t mean that it is bad idea. You might just be having a bad day.

I don’t know about anyone else but this is certainly true for me. 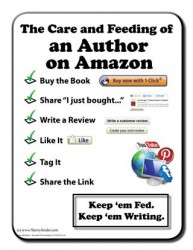 Take the graphic at right, for example. When I first saw it I could not help but think of the several times I have been bugged by authors on Twitter. Coming from that viewpoint I can’t help but feel hostile to the checklist in the graphic.

This was wrong because the target of my irritation should have been the pushy authors, not the graphic or the idea that readers can do something to help authors they like.

If that graphic is simply posted to an author’s blog and not pushed on people, it is not necessarily a bad promotional tool. Here’s why:

To a certain extent, a blog is there to say, “Hey, if you love my books? Here’s how you can help me support myself with writing.” If one is eager to help that particular author because their work just pushes all the right buttons, and/or one is a new reader who has just realized that authors ARE ON THE WEB EEEEE!, hey. There’s data. Otherwise, if one isn’t willing to skim a certain amount of self-promotion? Don’t read that blog! Promoting outside one’s “Space” is one thing, and on the author’s head. Complaining about the promotion when you walk into the author’s “space” goes back to the GRRMartin song.

I could easily see that a reader who has just discovered an author might appreciate knowing how to support that author. But at the same time I don’t think that reader wants the checklist shoved down their throat.

The point I am trying to make here is that I realize now that my issue isn’t with authors promoting themselves nor even in what they say.  It’s how some authors communicate that is the issue. I think that point was lost in the complaining about pushy authors last month, and it is a distinction worth making.

I suppose some bloggers are going to read this and disagree with my new position. I can understand that; the graphic mentioned above and the idea it embodies can come across as little demanding.

When we debate things like "The Care and Feeding of Authors", the question that needs to be asked is whether the average reader is bothered by that type of promotion, and to what degree. I am not sure that the bloggers and others in the self-pub community can answer the question from anything other than their existing insider viewpoint.

And when it comes to discussing how authors interface with readers, that insider viewpoint might not be relevant to the discussion.

The Window to Request an eBook DMCA Exemption Ends Today 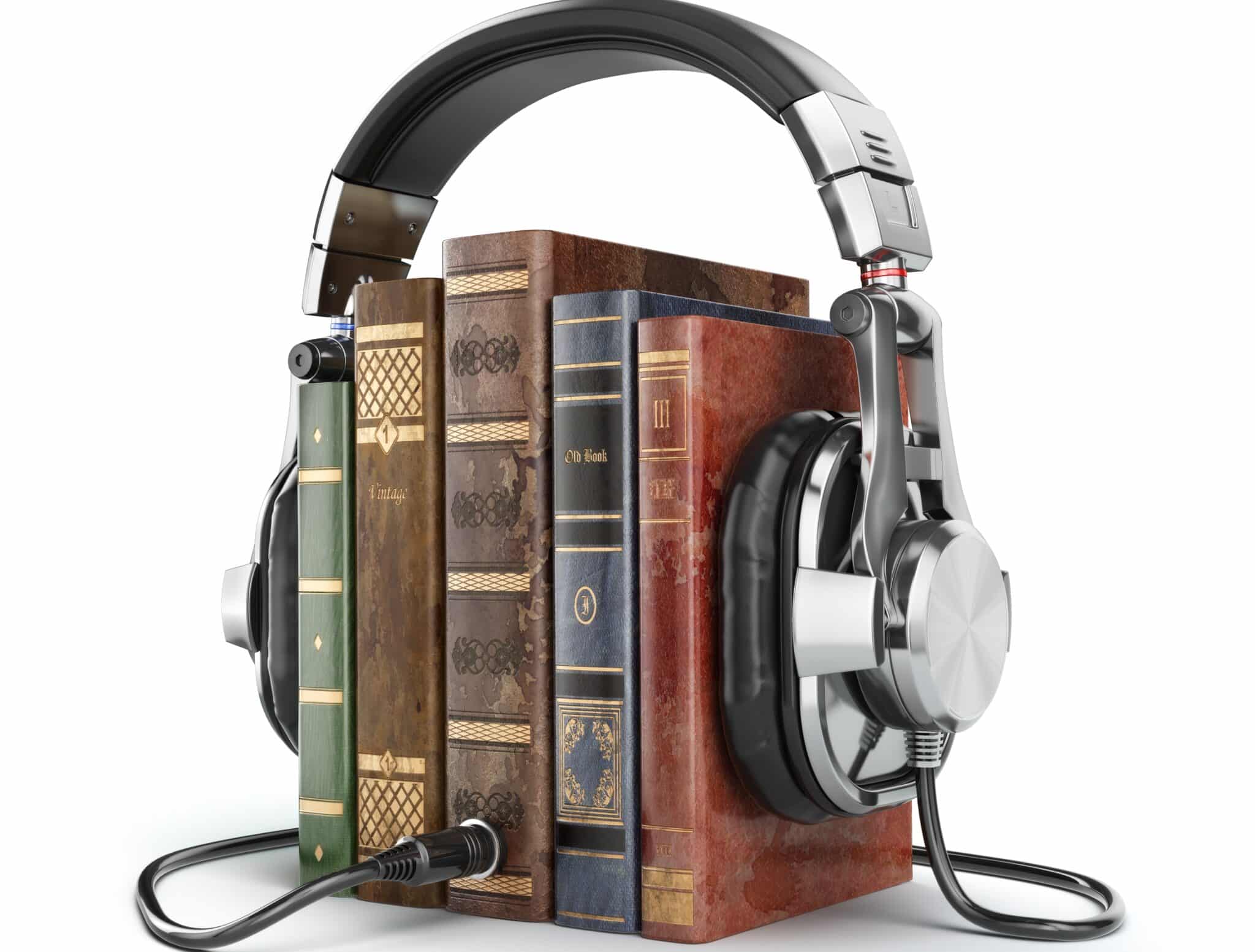 The only thing on that check list that does not push my buttons is "buy the book", the rest of it is not anybody else business. If I like the book I may share the link.

Actually, I came head to head with this epiphany last week at the RT Booklovers Convention. The readers there could not do ENOUGH for the authors they loved, for the sole purpose of keeping them writing the books they love.

It was enlightening and, well, really quite disconcerting, really. My whole outlook on marketing and what actually works was turned upside down. By a reader. Who is also a marketer. And who chastised me for NOT doing everything we have always turned our noses up at.

It’s good to hear that I’m not the only one who realized this. This viewpoint isn’t exactly popular in the self-pub community.

Oh, it’s not self-pub alone. The big pubs and digipubs don’t support their authors, and they have to and do do the same things.

I cannot overstate what an earth-shattering realization this was.

I understand that some people might really "bond" with a writer’s work and want to help promote them all over, but that’s not me.
My list of favorite authors is too broad for me to devote that kind of, well, devotion to any single author.
If I like a book or new-found author, I might recommend it to a friend or relative that I think might like it but that list is pretty short (6-8 people) so it wouldn’t do much for the author.
I’ll pay for my reads, I’ll not contribute to piracy, and that’s about it.

Trust me when I tell you that you (and I) are in a microscopic minority.

On most subjects I don’t expect anything else. 🙂

As a reader I feel that I support with my wallet and nothing else. The mobile reads thread on the subject showed that was a very common opinion.

Us dumb readers don’t need to be told that posting reviews and using social media helps the author. It is really not useful and is condescending.

If you look at amazon, you’ll see that anything worthwhile has tons of reviews. People want to write reviews, and if the reviews are not there the reason is that nobody is reading. All the marketing in the world won’t help poorly written indie pubs.

No doubt that bloggers get way more exposure and irritation from the whole thing. But you are still faithfully representing the interests of the readers.

As a reader I feel that I support with my wallet and nothing else. The mobile reads thread on the subject showed that was a very common opinion.

Yeah, you know… The people who read voraciously and go to reader/fan conferences by the thousands actually don’t hang out online where the people are bitching about author misbehavings, and they pretty much outnumber MobileReads’s denizens.

Let’s take a look at 50 Shades of Grey, shall we? We know how well that book sold. WE know it was ripped pretty much straight from Twilight. But you know what? Most of the people who bought and loved those books (amongst them are people who didn’t read much before, but do now, and people who are now looking for their next 50 fix) don’t know it was a ripoff.

The point of the original comment on PG that Nate linked, Nate’s point, MY point, is that by BEING HERE and being AWARE of authors' marketing missteps enough to get sick of them and knowing about the Goodreads kerfuffles and such, is that WE ARE INSIDERS. We’re all talking publishing industry. The READERS aren’t here. They aren’t on PG. They aren’t even at GR or Amazon reviews.

They’re at work and at home and in the grocery store. They sneak away to FB every so often to find out when one of their favorite authors is going to put out something and maybe MAYBE get a little insider information on what she’s working on next. They could not care less about this stuff.

And those people outnumber us by a wide margin.

There is a large gulf between the only reads on holiday crowd and book bloggers. I as an avid reader, and not a blogger fall in the middle. Don’t lump me in with you. Being a goodreads user does not make that person an insider. The hardcore fans are not a majority. They are the minority. Only a very small fraction of the fifty shades readers are the crowd you describe. And authors are not entitled to those fanatics anyway.

The apostrophes are the wrong way round in that graphic. I can’t get over that.

I am a regular reader not an insider, but have an interest in technology and where it intersects with publishing so I follow a few blogs.

The first thing to point out is that "One size does not fit all." Everyone seems to want to make everything fit into one model. We have different sized books on our shelves and coffee tables, everything from small paperbacks to huge picture books. Authors and publishers and subjects vary a lot. So why should e-book promotion fall into one model.

If it works, do it and more of it. If it doesn’t, do something else. But don’t do nothing.

My biggest problem is not a few extra graphics, or a few e-mails. My biggest problems are finding enough time to read as much as I want to and finding quality reads in the areas and subjects I am interested in as well as excluding some of the more overpriced books.

Books are competing for my time and dollars against all the other information and entertainment channels. No promotion equals no sales. I wish more authors did a better job of promotion.

[…] Before you read any further, you might want to read a post I wrote a month later. It offers a much more nuanced view of this topic.And what's even worse is that not only do some authors believe this, they've taken to making […]

I like having PDFs so I can later search for a phrase but I have supported authors by buying my favorite books in hardcover after having bought the paperback. I have also gifted new books to friends and family.