Do you realize that the past, starting from yesterday, has been actually abolished? If it survives anywhere, it’s in a few solid objects with no words attached to them, like that lump of glass there. Already we know almost literally nothing about the Revolution and the years before the Revolution. Every record has been destroyed or falsified, every book has been rewritten, every picture has been repainted, every statue and street and building has been renamed, every date has been altered. And that process is continuing day by day and minute by minute. History has stopped. Nothing exists except an endless present in which the Party is always right. (1984, Ch 2)

Yesterday the EU Court of Justice brought Orwell’s dystopia one step closer to existing. The court issued a ruling in a case against Google which basically said hang the historical factual record; the offended emotions of an individual trumped collective rights of everyone else and the needs of society.

Over the past few years the European Union has been toying with the idea that an individual would have the right to censor any mentions of himself or herself online. The EU called it "the right to be forgotten", but censorship by any other name still smells as sweet.

Under this directive, an individual can sue companies to have them remove links or content which mentions the individual.

It doesn’t matter whether the details are factually accurate or not, just that they describe an individual. It also doesn’t matter that this would abrogate everyone else’s right to freedom of speech, nor that the EU Court of Justice Advocate General Niilo Jaaskinen argued that there is no such right under the European data and privacy directive, or that a European agency has already made it clear that this idea was fundamentally impossible to accomplish:

ENISA’s report simply asks how government will implement an individual “right to be forgotten” when data are so often plural –- concerned with more than one person and freely exchanged with many more.  How, ENISA asks, would government force the forgetting of a couple’s photograph when one person wants the photo forgotten and the other doesn’t?  And how can data be tracked down and “forgotten” when we don’t even know who has seen or stored it?

Today’s decision came as a result of a privacy lawsuit brought by What’s His Name. This individual sued Google in order to get the search engine to remove results which mentioned a legal proceeding from the 1990s.

What’s His Name claimed that newspaper articles written at the time which mentioned his insolvency proceedings violated his privacy. He was unable to get the newspaper to take the article down, so he instead he sued Google, again arguing that his privacy was being violated when the articles turned up in Google’s search results. Now that the matter was settled he wanted the details to vanish from the ether.

Google fought the case before a Spanish court, which kicked the case up to the EU Court of Justice. Yesterday the court ruled that:

Article 12(b) and subparagraph (a) of the first paragraph of Article 14 of Directive 95/46 are to be interpreted as meaning that, in order to comply with the rights laid down in those provisions and in so far as the conditions laid down by those provisions are in fact satisfied, the operator of a search engine is obliged to remove from the list of results displayed following a search made on the basis of a person’s name links to web pages, published by third parties and containing information relating to that person, also in a case where that name or information is not erased beforehand or simultaneously from those web pages, and even, as the case may be, when its publication in itself on those pages is lawful.

Article 12(b) and subparagraph (a) of the first paragraph of Article 14 of Directive 95/46 are to be interpreted as meaning that, when appraising the conditions for the application of those provisions, it should inter alia be examined whether the data subject has a right that the information in question relating to him personally should, at this point in time, no longer be linked to his name by a list of results displayed following a search made on the basis of his name, without it being necessary in order to find such a right that the inclusion of the information in question in that list causes prejudice to the data subject. As the data subject may, in the light of his fundamental rights under Articles 7 and 8 of the Charter, request that the information in question no longer be made available to the general public on account of its inclusion in such a list of results, those rights override, as a rule, not only the economic interest of the operator of the search engine but also the interest of the general public in having access to that information upon a search relating to the data subject’s name.

By giving an individual the power to rewrite history, the EU has moved us one step closer to 1984.

And no, I am not being snarky or hysterical; today the individual has the right to be forgotten but tomorrow, when the state reserves that right to the authorities, we will be firmly in the era of 1984. 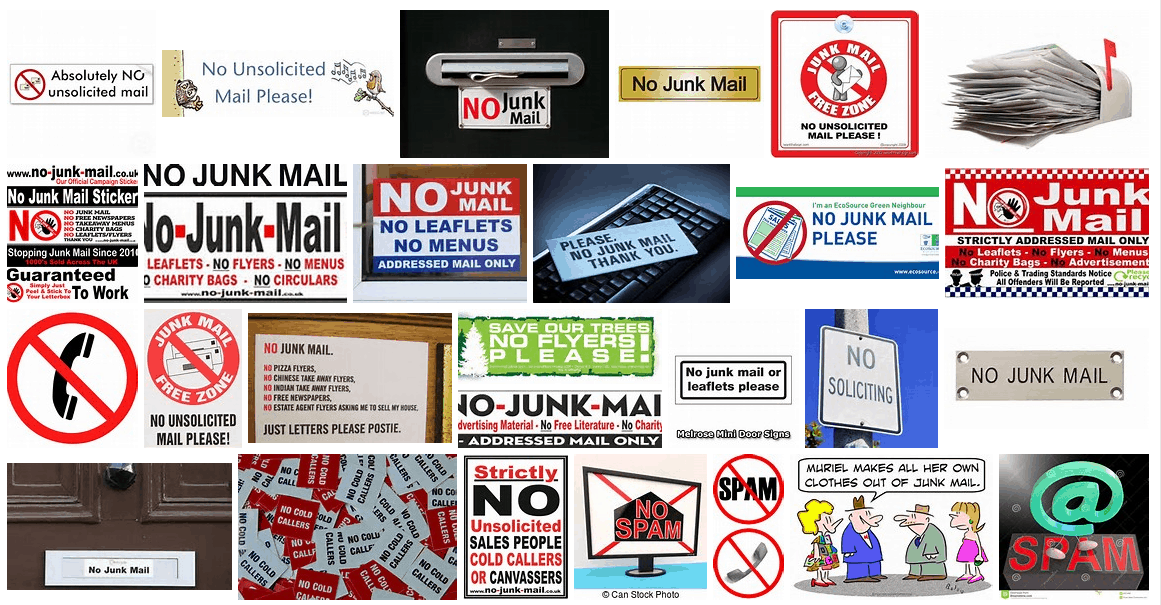 Round Up: Ad Blocking is the New Pink

Not a big leap.
The state routinely exercises powers that belong to individuals, "on their behalf", whether they want it on not. A power, btw, routinely exercised in the old Soviet Union.
It’s not even a slippery slope: it is an outright cliff they jumped off.

It does not exactly read like rewriting history. After all, that person apparently lost the case where the newspaper should be forced to remove the article from its archive. So this judgement only refers to the interest of that person not to be easily linked to some far past event anymore, which is arguably understandable if, for example, it prevents you from getting a job, flat, bank account or whatever for no apparent reason other than some past record that might have no relevance whatsoever anymore, but which happens to be the first hit that random people who search for your name on the Internet get to see. I don’t see any intention to rewrite history here.

The absolutist and general phrasing of the ruling makes it inevitable that criminals and politicians (redundant, I know) will be rushing to get whitewashed. And once those politicians get into power…

Now an individual can get links removed from Google. Next they’ll be able to get the content removed from websites. And once the state gets that power …

Felix is right. This isn’t a slippery slope so much as it is a cliff that they jumped off.

It’s already done without due process in the US and other countries. They can also seize domains at will, without any repercussions.
And removing content? Well, just send a mail to their hosting service with a bogus DMCA notice and you can drop websites 90% of the time.

it’s interesting how this will be handled if P2P Web Search Engines like Yacy will be used by a lot of users.
(you can filter results on your own node but you can’t filter network-as-whole, nobody-to-sue)

This guy’s name will forever be linked with his suit against Google, and articles published about that court case mention his original complaint about his financial situation. So searchers will still find out that he had some troubles back in the 1990s even if they can’t find the original information. His wish to be forgotten has kind of backfired. Or maybe he’ll petition Google to stop linking to articles about his case against them once he figures a reasonable amount of time has passed and he’s no longer newsworthy.

My question is, who determines what is newsworthy or historically important? Certainly this case against Google will be historically important, and this guy’s name will be attached to it. Even if he never brought this lawsuit, perhaps some descendant at some future time would want to research the family history. Might that financial situation from the 1990s be relevant? And why should Google or any search engine be responsible for content? They simply find content published elsewhere as an impartial third party. (Yes, I know Google has algorithms to rank results and allows for paid results to pop to the top of results lists, so therefore they aren’t totally impartial. I’m talking generally here.)

It’ll be interesting to see how privacy laws change around the world over the next few years.

[…] number of difficulties for European websites ever since a ruling by the European Court of Justice confirmed the “right to be forgotten” in May, and now the problems have spread […]