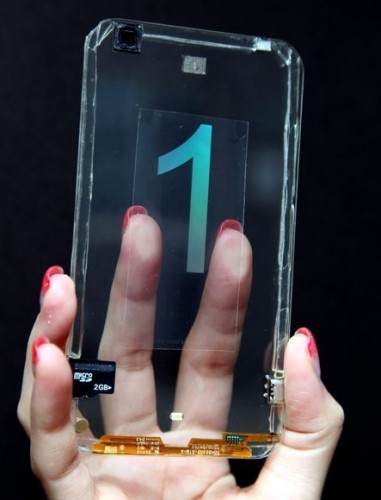 This isn’t the first transparent smartphone I’ve seen but it is the most ambitious. Unlike other designs, Polytron’s prototype  has more than just a transparent screen. The screen is actually only the rectangle in the middle of the phone. The clear plastic surrounding the screen contains all of the wiring that connects the components and powers the screen. In fact everything except the card slots, ports, CPU, and speaker/mike sensors are transparent.

But as cool as this looks I don’t think I’d want this phone. Just think about the fingerprints and smudges on the backside. I know they would bother me to no end. And then there is the issue with finding it in some situations; I suspect it’s going to blend in quite well if placed on top of complex images. 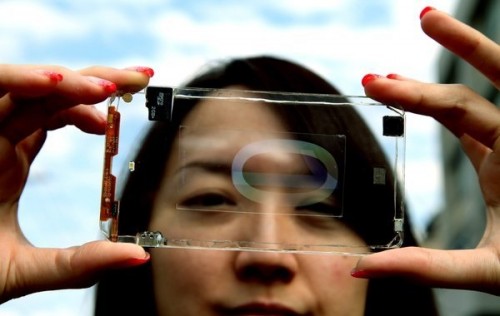 Polytron is projecting that the phone will be on the market by the end of 2013.

Why Hachette Had to Settle: Revenues Fell 18% in Third Quarter

I’d buy one. Just because I think it’s awesome! And not being able to find my phone? I normally can’t even find my huge Sonim phone… And that one is bright yellow!

Language corner, British English reading: "Just think about the fingerprints and smudges on the bum. I know they would bother me pointlessly."

I agree though. I think this is a very clever gadget that would be annoying to use.

Good point. I don’t think that tech is practical yet, so my guess is the battery wasn’t installed.