There was a hot story a couple weeks back involving Amazon closing an account for unspecified policy violation. I didn’t cover it at the time because I was busy with other things and it was not exactly a new phenomenon.

But even though I did not cover the story, I did watch it unfold. It was thrilling to see some of the side effects like how removing DRM suddenly became the cool thing to do.  And as I read the coverage I noted that amidst the shock, horror, and dismay expressed at the account closure there seemed to be a lack of historical perspective.

The thing is, all the stories which I read neglected to mention that Amazon has done this before. This was not the first time Amazon has closed an account, nor was it even the first time that there was a media spectacle surrounding the story.

There was one particular incident in 2009 which was covered extensively in every blog from TechDirt to Boing Boing but seems to have been largely forgotten.

That was a huge media spectacle which rivaled the current incident in coverage. In that story one Amazon customer was cut off for policy violations, which in his case involved reportedly making too many returns. That Amazon customer also owned a Kindle and like Linn, he lost access to all of the Kindle ebooks which he had bought.

While the cause of the account closure was different the fact remains that Amazon closed his account. And that was a fact which everyone should have known even if they could not recall the specific details of the incident.

It was incidents like this that lead me to post instructions on how to remove Kindle DRM. I wasn’t being paranoid when I wrote that readers needed to protect themselves against losing access to their account; it had happened before.

Sometimes Chicken Little is right; the sky really is falling.

So I have a new blog theme 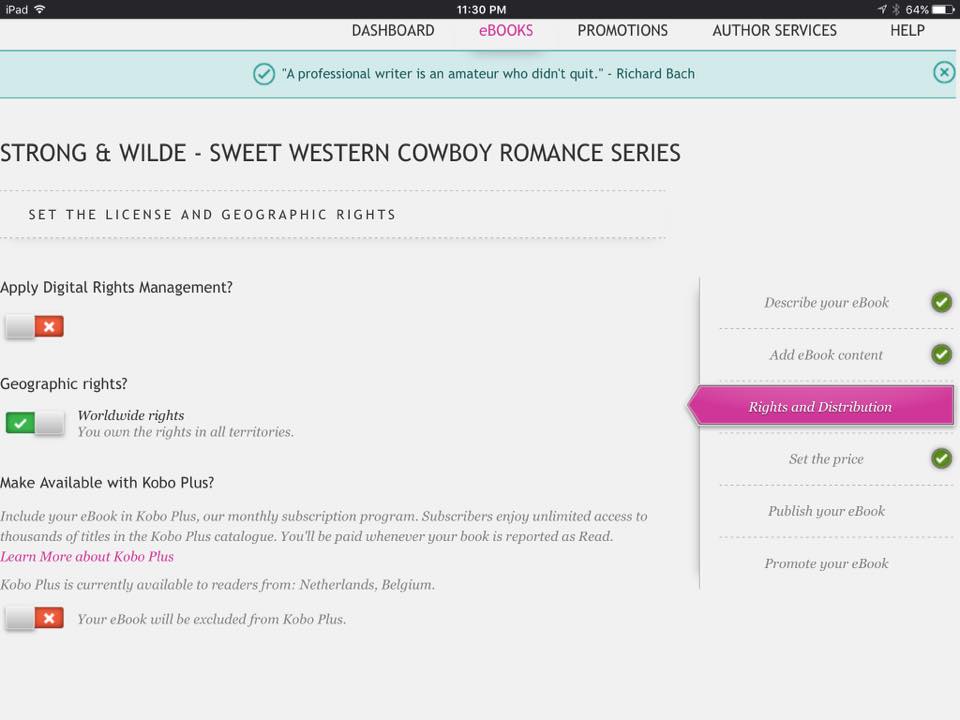 Kobo Plus Does Not Require Exclusivity, Pays Out Shares of a Limited Funding Pool

Just on general principles and for fun (and to protect my purchases just in case), I used your DRM-removing directions. I’m sure I did it all right, and calibre did show the plugin, but nevertheless it still continues to refuse to convert a protected book. Any tips, anybody? (I have a Mac on Snow Leopard.)

Go to the Apprentice Alf site where you downloaded the tools – they’ll help you.

So glad I decided from the start that I would never buy into Amazon’s stifling, oppressive ecosystem.
I love the immense freedom I get when buying versatile, multi-format, open system e-readers from brands like Sony, Kobo, Onyx, Pocketbook etc, etc.
I can read the books I bought (24 in the last 3 months alone ) on any device I see fit, whenever I want and nobody will ever be able to lock me out of my own library.

I too buy my books from multiple sources and none of them is Amazon. If the book comes with DRM, then I strip it and put it into my calibre library. I then own the ebook and life is very good.

I also do not buy from Amazon for much the same reasons. I have used Calibre to keep track of my e books and use plug ins to remove the DRM.

Eolake, I did the same thing and have the same problem as you (Mac version 10.7.5). I went to Apprentice Alf site, downloaded the plug ins and they didn’t work. ( I did download the latest versions of the plug ins) I guess since those plugs ins were made available Amazon found a new encryption code.