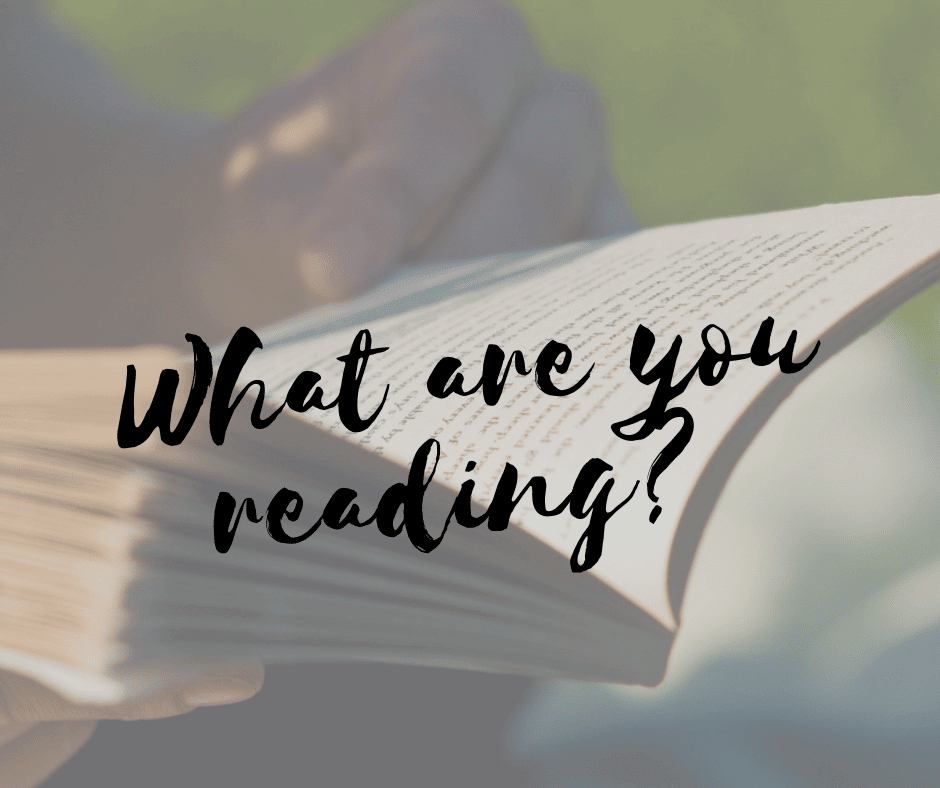 I have only a few minutes this morning before I have to leave to take the foster puppies for their first set of shots, and I’d like to use it to start a conversation.

Every so often I like to ask what people are reading. This kind of discussion breaks us out of our bubbles and introduces us to new ideas, and that is almost always a good thing.

I just finished both of the books in John Scalzi’s Collapsing Empire series (it’s a trilogy, but the third book isn’t out yet). With elements of hard SF, political intrigue, and a richly developed society background, it’s not quite space opera but still captivating.

What I am supposed to be reading is a book on branding and marketing (Building a StoryBrand) but I haven’t been able to block out enough time to really invest in reading and thinking about how I can integrate its ideas. But it is on my to-do list.

So, readers, tell me – what are you reading right now? Fiction, non-fiction? 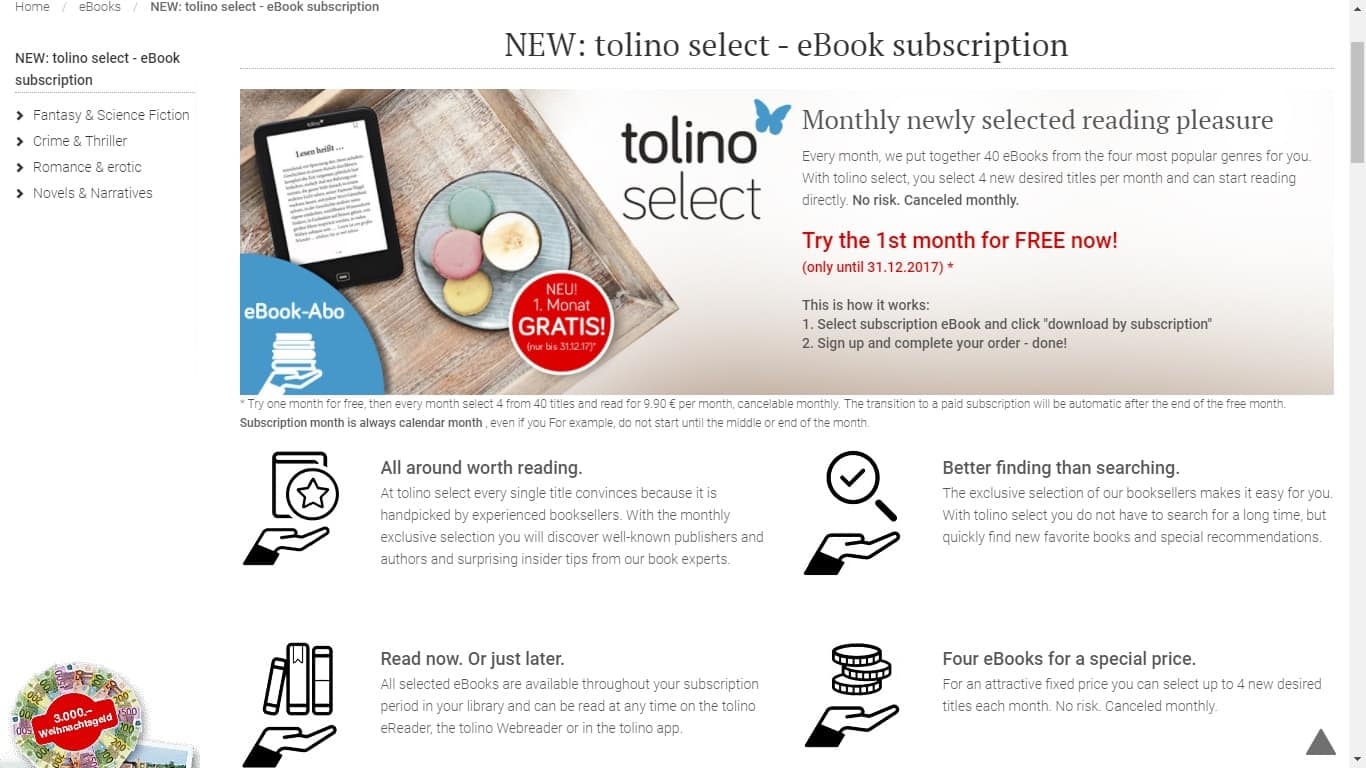 I’ve been re-reading old favourites – Daemon /Freedom TM by Daniel Suarez and the Fear the Skies Trilogy by Stephen Moss. I don’t do well with non-fiction.

I just started "The Boy on the Bridge", by M.R. Carey, which is the follow-up to "The Girl with All the Gifts". Not expecting it to live up to the first book, but still hoping for a good read.

I just finished "Wylding Hall" by Elizabeth Hand, a short ghost novel about musicians recording in an ancient manor, which I enjoyed, but which I probably would have rated higher had I not previously read "December" by Phil Rickman.

Reading Deathcaster by Cinda Williams Chima. It’s good so far; it’s the last book in a series. It’s also YA.

Ripping through Kindle Unlimited for all the non harem gamelit and litRPG related ebooks. Least the ones that have been rated highly and frequently.

Thought I’d take a break from the non-fiction I have been reading lately with the old classic, Herman Wouk’s "The Caine Mutiny." It’s a great read though, oddly enough, it bears an eerie similitude to today’s unfortunate reality. I’ll have to try some lighter fiction next for a little personal escapism!

I read "The Caine Mutiny" when it was first in paperback. What a fine book that was! I’ve read nearly everything by Wouk since then. Most recently I read his "City Boy", which was very unlike his other books and very good.

I just finished reading "Yellow Crocus" by Laila Ibrahim, a novel about life on a plantation in Virginia before the civil war. It’s a beautiful story. Very much a women’s book but I seem to be reading more than a few of those in my old age. It follows the life of a girl born to the plantation owners and wet nursed by a slave, who comes to mean more to her than her parents, but who eventually runs away after her son is sold.

It’s a scary story when you think about it and sometimes it’s scary while reading it but it’s easy enough to predict that things are going to turn out okay. The author wasn’t trying for suspense so much as to just show what life was like then.

I’ve been trying all day to decide what to read next. I think I might have to wait another day to get that book out of my head a bit.

am reading 3 books currently; 2 in english that are fiction and one in portugues that is non-fiction.

' unto us a son is given' by donna leon (print)

the works in english are popular novels in 2 long running series. the title in portugues concerns countries that the brasilian author visited that are not recognized officially by the united nations or most other countries.

am enjoying the novels and find the non-fiction work interesting.

Winter World by A G Riddle and the Myth of Capitalism by Jonathan Tepper. Nate, you reminded me that I had the Collapsing Empire-just started it.

– Year of Wonder – Clemency Burton-Hill. This is one of those "one a day" books, involving classical music. So it’s really just one page a day, although more like 2 or 3 pages every 2 or 3 days.

– Tales of the South Pacific – James Michener. This book of short stories is the basis for the musical South Pacific.

– But What If We Are Wrong – Chuck Klosterman – about time-centered intellectual provincialism, including ours.

– Working – Robert Caro. Just finished. About how he has written his magnificent biographies of Robert Moses & Lyndon Johnson.

– How to Hide an Empire – Daniel Immerwahr. Highly instructive history of the American Empire

– The Philosophical Detective – Bruce Harton. Mystery short stories in which Borges plays Holmes. It’s on the Kindle I take when I use the bus or L.

– The Swamp – Michael Grunwald. Audiobook – this is a political history of the Everglades. I listen to it on my daily 3 mile walk.

It’s nice to be retired.

I have been reading, "The Inconvenient Indian" by Thomas King. I am enjoying it so much that I next intend to read his, "The Truth About Stories" — a transcript of his CBC Massey Lectures series. His offbeat wit is fascinating and often hilarious.

I finish a book an evening so I’m not "reading" one yet, today. I read a wide spectrum of novel genres, but the last two I finished are paranormal mysteries.

THE SKELETON MAKES A FRIEND, Leigh Perry. “A Family Skeleton” mystery. Paranormal mystery. Adjunct English professor Georgia Thackery has a literal skeleton in her closet, his name is Sid, and he haunts his own bones. She is teaching a summer course at a small college in New Hampshire, and her teen daughter Madison and Sid are along to enjoy the small cabin and lake. When one of Sid’s online gaming friends who has ties to the college disappears, Georgia, Madison, and Sid are on the case. I love this series. It’s very well-written, funny, and the characters are likeable. A definite recommendation even if you’re not fond of paranormal mysteries.

THE MINT JULEP MURDERS, Angie Fox. “Southern Ghost Hunter,” Book 8. Paranormal cozy. Novella. Medium Verity Long, her sweetie Ellis, and gangster ghost Frankie come to an old asylum to meet with the ghost of a gangster who may have the clue that will free Frankie from being trapped on Earth. Soon, however, they are trapped by a storm with a group of living people up to no good, an unknown killer, and the dead inmates of the asylum. If they can’t find the killer, they may join the haunting. Another good mystery with a closed room Agatha Christie feel. One of my favorite series.

Let’s see… First I’m re-reading Jack Campbell’s prequels to the Lost Fleet books since the third book in the Genesis Fleet series is coming out soon. I’m slowly reading Ben R Rich’s memoir on the Skunk Works. How would you like to be the person who followed Kelly Johnson? And then there is always the latest Analog.

I just finished The City & The City by China Míeville. It was all right. I just started taking The Shadow of the Torturer by Gene Wolfe a few hours ago after reading his obituary.

I tried watching the show. It’s an interesting concept, but I just couldn’t stay interested/

Living in Chicago, I see The City and The City as reality.

Shadow is a tough read, as I recall.

I use to read a lot but lost majority of my motivation. Currently I’m reading 2 am by thought catalog.

I’ve just finished reading a SF/Space Opera series (only 3 books for now) by Sabrina Chase, Argonauts of Space, the first book is The Scent of Metal. It was fun reading, the first book shocked me a little, a just couldn’t believe some points of Pluto being an Alien ship, but I liked the feel of the book, and the following books where more fun, I got the rhythm of the story and the situations where interesting.