Zola Books Cooks up a Sale Over Amazon-Hachette Conflagration

With the Hachette-Amazon contract dispute entering its 7th month, Amazon’s competition have started to take advantage of the situation. Last week it was Books-a-Million, which boasted that they had no trouble shipping Hachette titles on a timely basis,  and today Zola Books is joining the fun.

This indie ebook retailer announced on their blog Friday afternoon that they are having a sale on Hachette titles:

In the best possible world, discovering and buying books is so easy that the reader is lost in the book before they know it.

In recent days, Amazon has made it much more difficult for readers of certain authors (among them James Patterson, Malcolm Gladwell, Daphne Du Maurier, David Sedaris, Emma Donoghue, and Michael Connelly) to find and buy the books they love — all because of a dispute between Amazon and Hachette, the publisher of those writers and many more.

With readers and writers caught in the crossfire, Zola Books felt it was a good time to demonstrate our support of Hachette authors and their fans by offering a 30% discount off the regular price on all books published by Hachette – available for immediate download for iPhone and iPad.

It’s not clear just how many titles from Hachette can be found in the Zola Books store. The blog post links to a list of 31 titles, but since these ebooks appear to have DRM I would bet that Zola Books carries the entire Hachette catalog.

Update: I just heard back from Zola Books: they carry around 12 thousand Hachette titles.

According to the FAQ, the ebooks can be read in Zola’s apps for iPad and iPhone. 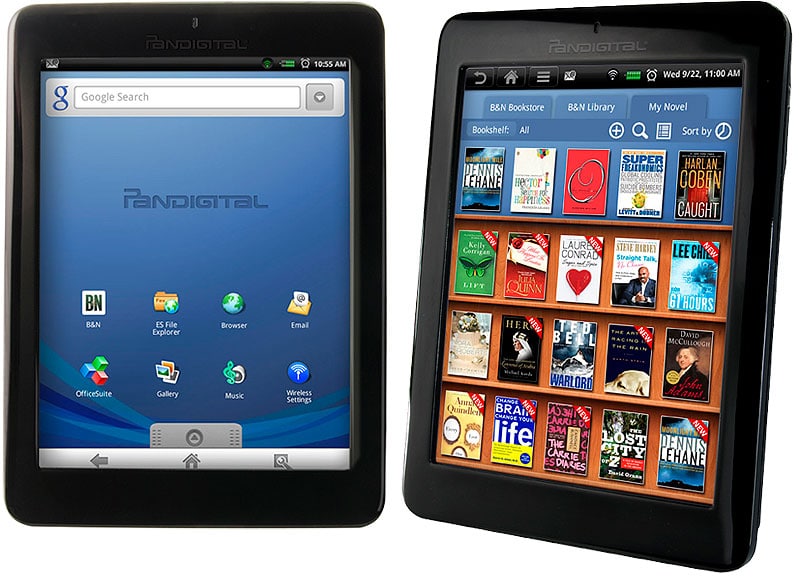 Amazon keep fighting for the right to sell books at a discount.

Fitting, given the free-market vs centralized planning undertones of the fight.

I wondered if anyone else would notice that. The colors, red banner and the side-by-side faces looking in the same direction is highly reminiscent of Soviet imagery. The Zola folks don’t seem to have a keen sense of history. The irony is lovely.

Just missing the hammer and sickle.

I thought so as well.

The really funny thing is people are un sarcastically sharing it on twitter.

Bezos is going to get hurt… laughing.

Hey, did you hear the latest?
It turns out that, now that Amazon shut down preorders, Hachette doesn’t know how many copies of their books to print. They really don’t know if a book is going to sell unless Amazon and B&N tell them. Or so the wailing goes…

I had not seen that yet. Ouch.

Another recent one accuses amazon of betraying their customers.
Because, you know, fighting to be able to discount products is bad for the customers getting the discounts.
Its a good thing we’re heading into rerun season;all the silliness will get plenty of attention. And snark.

Here’s one which is good for a few chuckles:
http://www.mercurynews.com/business/ci_25825968/amazons-battle-hachette-reflects-growing-e-book-competition

Some of the quotes sound like they were taken from the works of Ayn Rand.

Yeah. Plenty of "anti-dog-eat-dog" think in there.
I came late to Ayn Rand (curiosity over the first movie) and was shocked to discover we are pretty much living in the world she postulated.

Kinda funny that Hachette remembers the pain of authors when they need to trot them out as victims of "eeee-vile Amazon" but not so much when drafting their "industry standard" 100 year contracts with minimal advances and 15% royalties.

I don’t buy into her philosophy, but you are right in that the current world sometimes does look like the one she described. And there are times she is not any more wrong than a lot of philosophers.

Wait, you really only read Ayn Rand after the movie? Really? Wow. Yes, she has a reputation as a nutcase but it’s not entirely fair.

Right.
Considering how she’s presented as some kind of nutcase philosopher I had no interest in her books. But when the movie came out to general media denunciation and viewer acclaim I got curious and tracked down the movie. Which impressed the heck out of me…as a SF movie.
So I read the book and, rants aside, found a pretty good SF novel.
Especially for the period. Really, its not that different in quality from 1984. But since she set the story in the US instead of a made up country and then had the gall to be right about what the future was like…
The future will be kind to her.
Much like Senator Moynihan, who was savaged and called a racist for predicting *exactly* the sociological results that Johnson’s welfare policies would produce. At least he lived to be vindicated.

Given Zola’s DRM limitations and miniscule market share the blow will likely be insignificant.

Oh, and under the current system publishers are already responsible for authors not being able to afford to write books, so I don’t see what you think is going to change.

Book sales — like those generated through Zola and indie stores — helps both authors and publishers. No book sales — like the ones that can’t happen when Amazon "hides" their books from readers who want to buy books — hurts them. Zola appears small but they also seem to be gaining traction and industry attention. Can Zola topple Amazon’s stranglehold on the book industry? Maybe not. Could they be the 100th monkey and create a tipping point? Perhaps. Also, the "current system" has been shaped by Amazon; the current system IS Amazon’s doing.

Actually, the "current system" was created by the BPHs. Amazon is exploiting it to the hilt but they did not create it.
The BPHs created it by first letting the chain bookstores and then the megastore chains decimate the independent bookstores. They created it by cutting back on marketting, by outsourcing editing and formatting, by dropping midlisters left and right, by ignoring the emergence of digital long after it had swept over music, by insisting on DRM, by pushing Borders into liquidation, and by effectively killing Amazon’s most challenging ebook competitors at the launch of their illegal conspiracy against consumers.
So now they find themselves unable to collude as they’ve done for decades, with midlisters and newcomers going indie in droves, and dependent on two retail channels for sales, marketting, and even sales projections.
And, faced with tough negotiations, their response is to get their friends in themedia to paint them as victims? Hah!
"The accused asks for leniency for killing his parents, your honor. After all, he is an orphan."

Hold on a second.

Zola is taking Hachette’s side (vs Amazon) by launching an ebook sale? Who wants discounted ebooks again? I could have sworn there was a court case that said something about that…