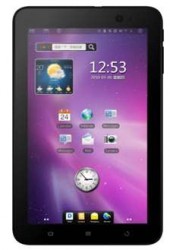 Well, it looks like I might have been given misinformation at CES a few weeks back. ZTE’s new 7″ Android tablet is indeed coming to Europe, but I cannot tell that it will have Pixel Qi’s unique screen.

The UK based smartphone retailer Clove has just announced that they’re shipping the ZTE Light Tab next month. Lucky for me, pretty much everything I reported last month matches the specs released by Clove. The Light Tab 2 will indeed be running Android v2.3 Gingerbread on a 1.4GHz CPU, and it has a pair of cameras (3.2MP & VGA), Wifi/BT, 4GB Flash,  microSD card slot, and 3G.

The product listing doesn’t mention the screen tech, just that the Light Tab 2 has a capacitive touchscreen and a screen resolution of 1024×600. The Light 2 was supposed to ship with a Pixel Qi screen (and the resolution is similar). At least, that’s what Pixel Qi said last year. It’s not clear why this never happened. That’s a pity; I would have paid to get it shipped to me (I want this screen).

Clove plans to sell the Light 2 for £195.83 (before VAT). That’s about $308, which would be pretty cheap for a Pixel Qi tablet. But without that screen this is just another Android tablet.

If someone gets it, please let me know whaat you think of it.

Tch! It’s also coming to Sprint. I tweeted you that yesterday.

That is a different tablet.