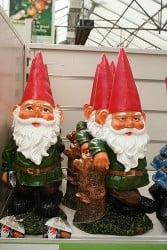 Barnes & Noble is not one to give up a fight, and today we get to see that trait be displayed in a new court filing. The ABA is joining B&N in filing an amicus curiae brief. They want the DOJ to reconsider the  anti-trust settlement that 3 of the conspiring publishers agreed to.

Under the terms of the settlement the 3 publishers have to cancel any existing distribution contracts on ebooks and they are blocked from controlling the price of their ebooks for the next 2 years. As you can imagine, this is expected to give Amazon free range with the ebook market.

Here’s the relevant part of the press release:

In the joint filing, the ABA and Barnes & Noble argue that elimination of the current pricing and distribution method for e-books, known as the agency model, will injure innocent third parties, including ABA member bookstores, Barnes & Noble, authors, and non-defendant publishers; hurt competition in an emerging industry; and ultimately harm consumers. “The end loser of this unnecessary and burdensome regulatory approach will be the American public, who will experience higher overall average e-book and hardback prices and less choice,” the filing said.

And to think that B&N operates over a thousand stores across the US, yet they want protection from Amazon.

Do you know what I find amusing about this story? It’s the lack of historical perspective.

Had the agency pricing situation come up in the mid 1990s (over paper books), the ABA and B&N would on opposite sides of the issue. The ABA would be asking the DOJ to hobble B&N because at the time B&N was launching big box bookstores and driving independents and smaller chains into the grave. The ABA, IBPA, and all the other industry acronyms would be lined up to argue that B&N was a dire threat to all of publishing, verily a black hole which would consume them all of it weren’t restrained.

Obviously that never happened, because we sit here today with 2 formerly mortal enemies lined up against an even scarier villain. Both are swearing up and down that their survival depends on Amazon continuing to be hobbled.

The thing is, folk, publishing and bookselling didn’t need B&N to be hobbled for it to survive the 1990s. (Some stores failed, yes, but when were you ever promised stasis?)

I would argue that the arguments today are made by companies who could survive just fine without them (if not then the market would be healthier without them). I bet you dollars to donuts that the ABA will still be around 10 years down the line. The same goes for B&N, though I wonder if they’re psyching themselves out and thus setting themselves up to fail.