A new leak today shows what is reportedly the next iPad Mini, but I would bet dollars to donuts that it’s not real.

The Dutch gadget site MobileLeaks.nl reported this morning that they had been handed a specs list and a new render of Apple’s next 8″ tablet, but as much as I would like this to be real I have to conclude that they have been taken for a ride.

Update: I’m glad I covered this story. Two respectable Apple blogs (iDownloadBlog, CultofMac) have now shared the fake render without pointing out that it was fake.

I suppose some might look at the image and be able to tell that it is a bad Photoshop job, but what first caught my attention was the questionable design. The iPad Mini shown in the image has at least one design detail that makes me doubt that it is the real thing. Instead, I would bet that some trickster put this together and sent it out as a joke.

Look closely at the image, and note that the backside is not curved: 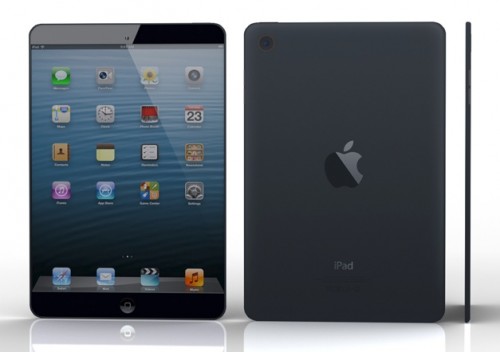 This image shows a device with sharp edges on the backside. This is probably a trait adopted from the iPhone, and it stands as a stark contrast to the existing iPad models. The current iPad Mini has rounded edges on the backside of the tablet, and those edges were rounded for a good reason.

But if that doesn’t convince you, this might. I think I found the original image that the fake was made from. Note the layout, screen contents, and other details: 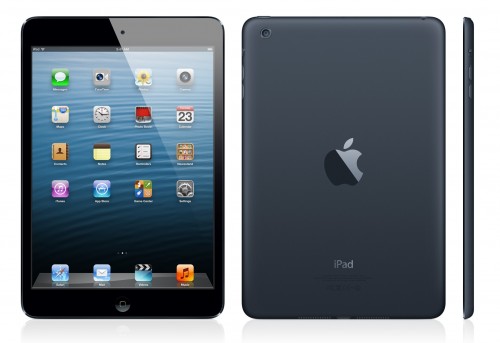 In fact, the only major difference is that the fake render has a dim screen (a bad Photoshop job) and thinner bezels. And now that you have the 2 images to compare, can you see how the icons on the faked screen look like they were stretched slightly? That too looks like a bad Photoshop job.

Surprisingly, it took me only a few seconds of Googling to come across the original image and realize it is one of Apple’s promotional images for the iPad Mini. So not only is today’s leak a fake, it’s not even a particularly clever fake.

P.S. And I haven’t even mentioned the specs. I don’t believe they would show up in the same leak as a render, but given that the render is fake it doesn’t matter.