Have you been following the rumors over the past few months about the supposed budget/plastic iPhone? I had mostly been ignoring the rumors because I didn’t find them plausible, but today I learned that I might have been wrong.

A new report was released today by China Labor Watch, and it includes an inadvertent mention of that new plastic iPhone:

Today’s work is to paste protective film on the iPhone’s plastic back cover to prevent it from being scratched on assembly lines. This iPhone model with a plastic cover will soon be released on the market by Apple.

This report was based on the work of an undercover operative who was reporting on the working conditions of that Pegatron factory, not a tech blogger, so the source would have little reason to fabricate those deals.

That plastic iPhone had previously been hinted at by the CEO of Pegatron. He had reportedly told stockholders back in June that the plastic iPhone was in the works but that it would not actually be cheap. I did not believe that report at the time because that information should have been under an NDA, and CEOs usually know better than to violate agreements with a company as scary as Apple.

There was another leak over the weekend of what is believed to be a retail case for the new iPhone 5C: 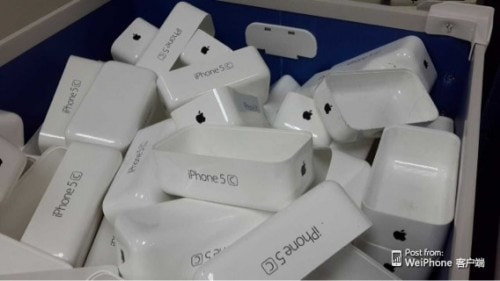 I had hesitated to post this image because it wasn’t clear what it meant and because makers of Chinese iPhone knockoffs have fooled us before. And the same can be said for the plastic iPhone shell which TechDY got their hands on earlier this month: 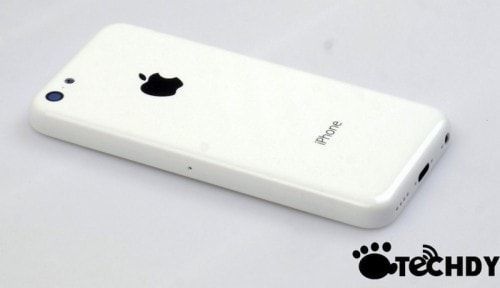 But now that we have a concatenation of sources I think it’s safe to call this rumor as the real deal. It more than meets my minimum standard of “wait until we see hardware”.

There’s a very good chance that the iPhone 5C is indeed the new iPhone, and that it will have a plastic shell in several colors (the C in 5C is for color). Tim Cook  will likely unveil the new iPhone either this Fall or next Spring, though of curse we don’t know when, where, or how much this iThing will cost.