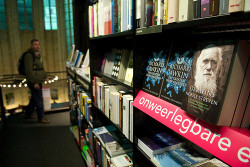 The Financial Times is now agreeing my scoop from last week, and is saying that Amazon is about to launch the Kindle Store in the Netherlands:

Amazon is looking to launch in the Netherlands after it emerged that the company is in negotiations with a number of Dutch publishers about selling ebooks in the country.

The move to win over Dutch publishers comes as the US technology group is embroiled in a bitter, long-running fight with publishers in Europe and the US over how it prices ebooks.

Sander Knol, director of Xander, a Dutch publisher that has been approached by Amazon, said: “Within the book trade it has been a recurring message that Amazon might enter the market. But now Amazon has actually been in touch and so we are getting close.”

My sources are saying that Amazon will open a local Kindle in the Netherlands sometime in October.  As I reported last week, Amazon already supports Dutch in the Kindle Store, and they have posted a job listing for a translator for the Kindle app and hardware.