One of the three big names in subscription ebooks suddenly decided to launch a retail ebookstore to complement its Netflix-style unlimited service. Am I the only one who wondered why? 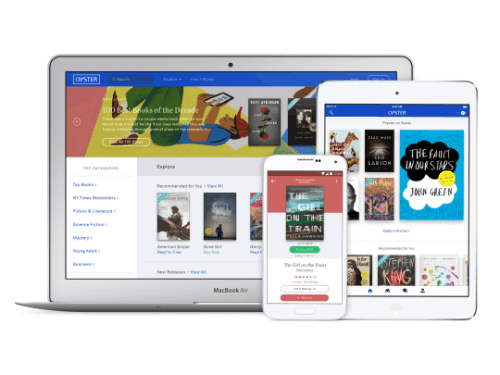 Earlier today many news sources reported that Oyster was launching an ebookstore. They’re saying that the startup is trying to take on Amazon, or that Amazon is under attack, or stuff like Oyster wanted to take on both Amazon and Apple.

I’m coming to this story late in the day not because I missed out on the pre-brief (I got it, actually) but because I spent some time thinking about why Oyster launched the ebookstore.

To put it simply, Amazon has nothing to do with it. Here’s why that premise is wrong:

So why did Oyster launch an ebookstore?

To explain that, I’ll have to share some background.

Founded in late 2012, Oyster has run a subscription ebook service for the past 18 months. It offers a million title strong catalog which users can read on Android, on the iPad/iPhone, or in the web browser. The service costs $10 a month and is limited to the US.

That difference in selection is the indirect explanation for Oyster’s new ebookstore. Tell me, what do you think is the most common reason given for cancelling a subscription ebook service like Oyster?

If you answered “I can’t find the ebooks I want” then you won the prize.

Folks, this is why I say that customer retention is Oyster’s focus here, not Amazon. Oyster might not be losing all that many subscribers each month, but they were losing some.

But now Oyster can promise to sell the ebooks which it was unable to lend, and that is going to keep some subscribers from leaving. Or at least that is what will happen in the long run; the ebookstore only has a million titles at the moment. The catalog does include titles from the Big 5 (Hachette, HarperCollins, Macmillan, Penguin Random House, and Simon & Schuster) as well as titles from smaller publishers like  Scholastic, Harlequin, Norton, and Chronicle.

Customer retention is not as amazeballs hypeworthy as competing with Amazon, but it is a critical part of any service.

Today Oyster repaired a deficiency, making them more competitive against their immediate competitor, Scribd. The latter company offers a more diverse selection of formats, and it too has an ebookstore (albeit one with a limited catalog).

P.S. I’ll be adding an early review of the ebookstore in the comments. What did you think of it?