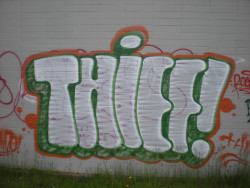 A story has been circulating on Tumblr and on author blogs over the past week which hasn’t made its way into the media yet, and that’s a good thing because it’s bogus.

Numerous authors and other creators are saying that Paypal is a giant evil corporation which is about change its terms of service so it can rob creators of all the rights to all the content sold through its money transfer service.

They’re pointing to a new clause in the new ToS which will be going into effect on 1 July. That clause, which you can read on Paypal’s own site, says:

For those who can’t see the screenshot, the first sentence of the clause says:

When providing us with content or posting content (in each case for publication, whether on- or off-line) using the Services, you grant the PayPal Group a non-exclusive, worldwide, perpetual, irrevocable, royalty-free, sublicensable (through multiple tiers) right to exercise any and all copyright, publicity, trademarks, database rights and intellectual property rights you have in the content, in any media known now or in the future.

That clause is being interpreted by some creators to mean that Paypal is grabbing the rights to all the content _sold_ through the service, but that isn’t quite what it says.

What this says is that Paypal has a right to use the content uploaded to them.

What we are looking at here is a standard boilerplate contract clause the likes of which you would expect to find in digital distribution platforms. Amazon has a similar clause for KDP (see section 5.5). Dropbox, Kobo, and many other services have similar clauses.

To be clear, those clauses are in the KDP et al contracts in order to give the services the legal right to distribute a creator’s content on their behalf (the KDP clause is pretty clear on this point).

And now Paypal has decided it needs a rights clause. Given that Paypal does not offer any type of file transfer service, my mind boggles at the idea that Paypal would need this clause. I am even more confused by their decision to let a context-blind first-year law student write the clause.

Or perhaps they are letting a bot draft their legal contracts now, I don’t know.

Update: We might not know for sure why this clause was added but we suspect that Paypal plans to add file delivery to its payment processing.

In any case, I am about to go yell at Paypal. There’s no need for this clause to exist at all, but if Paypal really wants to have it then they are going to have to redraft it so it isn’t quite so egregious.

As it is now written, the clause could be interpreted as a way for Paypal to grab the rights. I do not think that is what Paypal intended, but I agree with the members of the WetCanvas forums who pointed out that is how it could be used.

It would not be impossible for Paypal or its lawyers to connect a specific financial transaction with a specific piece of content. That type of detail is recorded if you use Paypal’s shopping cart.

For example, a few weeks ago I bought an ebook from O’Reilly and paid via Paypal (it was related to the Sony piracy story). That transaction listed the title of the ebook, and under a certain interpretation of that clause Paypal has the right to do whatever they want with the book.

And for that reason, the clause needs to be redrafted. Luckily for us the new ToS do not go into effect until 1 July, so there is plenty of time for Paypal to fix the problems it has created.