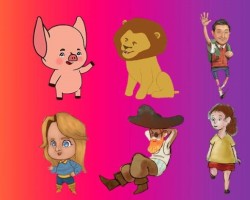 Between Oyster, Scribd, Epic, Meegenius, and Reading Rainbow, subscription ebook services are a dime a dozen in 2015. But eBookids thinks there’s room for one more.

Launched in mid-June, eBookids is a niche reading service focused on 3- to 9-year-old children. It offers around 350 titles in French, Spanish, and English which can be read for 2 euros per month (it’s free until 1 October).

With around 350 titles, the service has more of a Reading Rainbow style offering than Epic. Rather than sign deals with publishers, eBookids employs a team of 3 illustrators and 2 authors who create the stories from scratch (Reading Rainbow does the same). eBookids also enhances the ebooks with audio, and it has a Youtube channel where the books are read to the children.

But it does not, however, offer mobile apps. Instead, eBookids is focused on the web browser. They feel that most of their users would prefer that the service be accessible anywhere, and not just on Android and iOS, the two leading mobile platforms.

And that’s not the only detail that sets eBookids apart. According to Actualitte, eBookids also retells important current events on a level that young children can grasp. The stories are illustrated, so that even the youngest can better understand what’s going on in the world today.