When we first saw the Noteslate in 2011, it turned out to be one of the more interesting pieces of vaporware of the year.

The Noteslate Shiro, which was supposed to ship this fall, is turning out to be nearly as vaporous (it’s been delayed until next February) but I do have some good news to report.

The developers of the Noteslate have quietly announced that they’re also developing apps for Android and iOS. 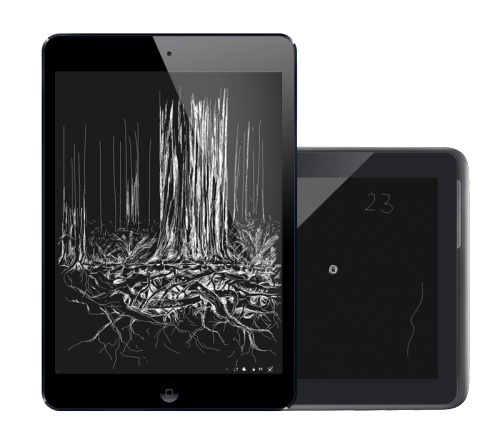 They’re not releasing any interesting details, but they are taking email address for a mailing list. They’re also promising:

You can find more details on the Noteslate website.

Given how often the Noteslate has been delayed, I do not have a good feeling that the apps will ever see the light of day. But it is still worth signing up, just in case.

I’ve also signed up to be notified when the Noteslate Shiro is ready. 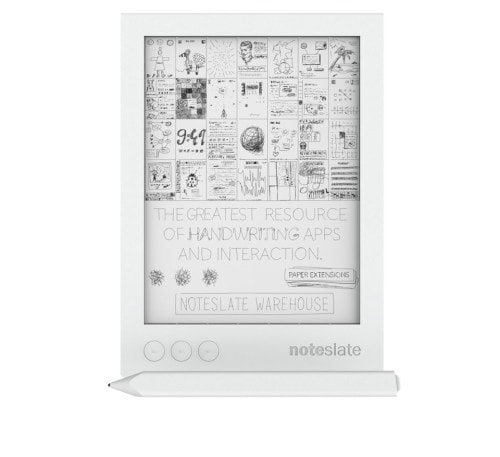 According to the website, the Shiro is a writing slate based on a 6.8″ Pearl E-ink screen with a frontlight and a touchscreen. It’s supposed to run Noteslate OS on a 1GHz Freescale CPU. It also has Wifi, Bluetooth and a microSD card slot. It weighs 240 grams, and measures 10 mm thick.

The Shiro costs $200, and is expected to ship next spring.

It will also reportedly have a pressure sensitive stylus, and come with special software that takes full advantage of the hardware. Noteslate is also promising an app store where you can “discover and install additional interactive noteslate pages, handwritten games, social networking extensions, publishing”.

As I have not seen the device, I cannot verify the claims. And given that Noteslate has been less than forthcoming with details, I’m not sure how much I trust them.

They have, however, posted this demo video: