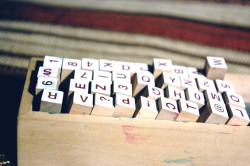 Random House Germany is looking for a few authors who want to double their costs and reduce their earnings just so they can have the privilege of doing business with a major publisher.

Random House has partnered with Books on Demand (BoD) to launch Twentysix. Run by BOD and bearing the Random House brand, Twentysix is a self-pub service along the lines of Fastpencil or BookBaby.

BOD pays 45% of the retail price of an ebook, and according to Mattias Matting of SelfPublisherBibel.de Twentysix matches the ebook royalty. They do not, however, pay the same for print books.

Matting pointed out in his post that while BOD pays a royalty on POD books that ranges from 3.14 euros to .94 euros (depending on the length), Twentysix pays less (3 euros to .65 euros). Twentysix also charges more for its basic tier (39 euros vs 19 euros) but less for the premium tier (199 euros vs 249 euros).

Clearly an author can deal direct with BOD and get the better deal, but then they won’t “have the chance to be discovered by publishers of Verlagsgruppe Random House”, as the press release teases.

While I could see why an author might want to sign with a major publisher, it escapes me why that same author would want to pay for the privilege of a chance that they might be discovered.

It’s not worth the gamble, not when the author could be making more money elsewhere.