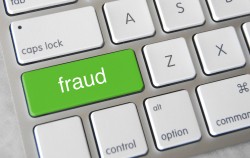 Amazon has taken many steps to clean up its review section, including suing sellers of fake reviews and forbidding any relationship between author and reviewer, but sometimes that’s just not enough.

Sometimes you can’t trust the mass of four and five star ratings, and that is where Fakespot comes in. This website (there’s also a Chrome extension) hoovers up the reviews for a given product, crunches some algorithms, and gives you an estimate of the number of questionable reviews.

All you have to do is copy and paste a link to learn that, for example, around one in four reviews for The Girl on the Train were suspect: 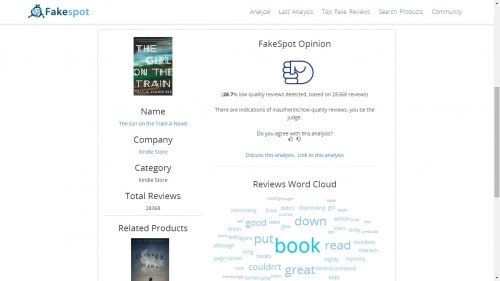 Fakespot is less than specific on what makes for a questionable review, but according to Cnet the reviews were flagged because the reviewers write only overwhelmingly positive reviews, reviewed products without purchasing them, or were determined to have written other reviews about the same company.

I’m not sure how good that criteria is when it comes to book reviews, given that the “company” for Kindle ebooks is the Kindle Store. (Fakespot is going to have to fix that.) But then again, this tool was built to find reviews in any part of Amazon, and not just the book section,

And there are Kindle ebooks with good ratings (The Martian scored 6.7%). But in any case this, Fakespot is not intended to replace your judgement; it’s up to you to decide which reviews can be trusted.

The Girl on the Train, for example, has over 27,000 reviews and it is highly unlikely that the publisher faked a quarter of the reviews.

Thanks, Fbone, for the tip!