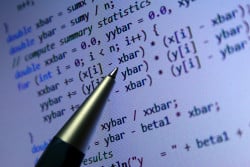 Amazon delivered the first blow in a one-two punch on the future of subscription ebooks on Monday. (The second blow is coming Tuesday.)

Amazon announced on Monday that the retroactive funding pool for Kindle Unlimited totaled $15 million for January 2016, up from $13.5 million in December and almost double the $8.5 million paid out in January 2015.

More people than ever are using the service, which helps explain why the KENP per-page rate dropped to $0.00411 per page in the United States last month, down 11% from the December 2015 rate. That’s a huge change for just one month.

This is both the largest funding pool, and the lowest per-page rate, since Amazon switched to the new plan in July 2015, and while the news is disappointing it still makes a lot of sense.

Amazon sold a “record” number of Fire tablets and other devices this holiday season, and all those devices came bundled with a free trial month of Kindle Unlimited. The retailer also bundled Kindle Unlimited subscriptions during a few of their promotions, and discounted it a couple times last fall.

And with more reading devices activated on Christmas day than any other day of the year, it would make sense that KU usage would reach a new high in January (this is also why there is usually a post-Christmas surge in ebook sales).

While the per-page rate has dropped ever since Amazon switched over to the new system in July, there could be a light around the corner. Remember, Amazon is shaking up the way Kindle Unlimited works starting next month, when they switch over to the new KENP 2.0. The new system counts page sizes a different way. Some authors have reported that the page counts for their books went up, while others reported a drop.

We’re still waiting to see whether authors will come out ahead, obviously, but if the per-page rate drops too much then authors and publishers will need to ask themselves if they can do better outside of Kindle Unlimited than they can inside.

That is not an easy question to answer, and the answer will vary from one publisher/author to the next and even from one title to the next. And while each borrow  in Kindle Unlimited does count towards a title’s rank in the Kindle Store (thus boosting sales indirectly), publishers and authors should always ask whether they can make more by adopting a wider strategy and selling in other ebookstores.

And after tomorrow’s news, authors and publishers are going to have to ask themselves whether the whole idea of subscription ebooks has a future at all.

P.S. Here are the pages read payouts for a handful of countries:

P.P.S. Here’s a list of the monthly funding pools.