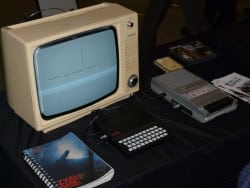 In April of last year Amazon, Smashwords, and B&N were caught up in a publicity rights lawsuit in Ohio. The lawsuit was filed by a couple whose engagement photo was used without permission in the cover of a self-published erotica ebook (and POD book, via Createspace), A Gronking to Remember.

As of this week, the Smashwords, Amazon, and B&N part of the lawsuit has come to naught. Forbes reports that Judge Thomas Rose has issued a summary judgement in favor of Amazon et al.

You can find the ruling itself over at justia.com, but the short and simple explanation is that the judge found for the defendants because he likened them to the modern equivalent of a Xerox machine rather than publishers:

For now, this Court will apply the old standards to the new technology, treating the Corporate Defendants’ process as if it were next logical step after the photocopier. Just as Xerox would not be considered a publisher and held responsible for an invasion of privacy tort carried out with a photocopier, Corporate Defendants will not be liable as publishers for the tort allegedly committed using their technology.

That’s a novel conclusion, and not the one I was expecting.

It was obvious from the beginning that this case would be tossed because the defendants were and are protected by Section 230 of the Communications Decency Act.

Do you know the part of the CDA that says a platform is not liable for the actions of its users?

That is section 230, and it formed the basis for the defense’s arguments, but Judge Rose ruled that it did not apply in this case because Amazon et al were distributors and retailers, and not the publisher of the ebook. He concluded that the self-published author had used the self-publishing platforms like one might use a Xerox machine, and found that the platforms were no more liable than Xerox would have been.

That more or less parallels the reasoning behind Section 230 and reaches the same destination, only via a different path.

While that might sound like splitting legal hairs, this could prove important given that Section 230 explicitly does not cover intellectual property. Judge Rose has given platforms like Youtube, Kindle, etc a new legal defense should section 230 and the DMCA safe harbor exemption be rejected by another court.