With Pocketbook, a couple Chinese companies, and now Onyx announcing a new device, 2020 has turned into the year of the color ereader.

Details are still scarce, but Onyx has officially announced that they will launch a color ereader this year. Well, they have not announced it so much as released this graphic, and said nothing else. 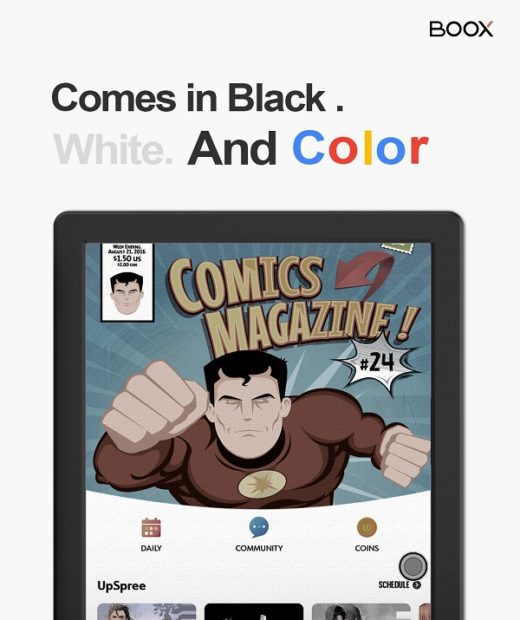 We do not know the screen resolution, price, or release date at this time, but this is most likely going to be a 6″ ereader, and ship some time this fall.

E-ink has not yet answered my questions about the difference in screen resolution yet, but one reader pointed out that the difference could be explained if the color mode requires 2 grayscale pixels to display a color pixel. If you look at the number of pixels on the screen (and not just the PPI), the math checks out.