Amazon pulled a fast one on us this morning.

The tech blogosphere was waiting with bated breath for invites to a showy launch event, and instead Amazon simply sent out press releases announcing the new gadgets.

They’ve just launched 3 New Kindle Fire tablets today including a new Kindle Fire HD which will sell for $139 and a couple new Kindle Fire HDX tablets. The 3 tablets represent completely new hardware and are up for pre-oroder today; they will be shipping at staggered intervals over the next month and a half.

First up is the new Kindle Fire HD. Amazon is retiring last year’s Kindle Fire and the new KFHD is taking its place as the budget tablet option in Amazon’s stable.

The Kindle Fire HD (2013) has much in common with last year’s model but it also looks to be a slightly different piece of hardware. It’s running on the same dual-core 1.5GHz with dual-band Wifi, either 8GB or 16GB of storage, and Dolby Sound, but it is also lighter and slightly smaller than last year’s model. 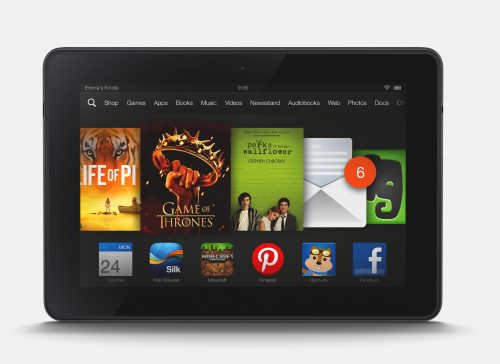 The new KFHD is also missing the front-facing camera and HDMI port found on its predecessor and it has the headphone jack and other ports in different places.  It’s also going to come with less storage (8GB, not 16GB) at the lowest price point. It boasts 10 hours of battery life.

The new KFHD costs $139 and ships next week.

It’s priced at $10 less than the not-yet-released Kobo Arc 7 and 10 bucks more that the Hisense Sero 7 Pro. All in all it’s a pretty decent piece of hardware for the price, so the new software (like the MayDay customer service feature or the new Mojito OS) is just the cherry on top.

But that’s not Amazon’s only new tablet today.

Amazon has decided that it’s not enough to simply call their tablets HD; they need to make sure that we know the tablets are extreme, and thus the Kindle Fire HDX is born.

These tablets keep the existing 7″ and 8.9″ screen sizes but have higher resolution screens, faster CPUs, more storage and connectivity options, and cameras. Both tablets are a little bit smaller than their predecessors as well as lighter, and they also boast increased battery life. Amazon has also confirmed that the new-new Kindle Fire tablets will have quad-core CPUs running at 2.2GHz. 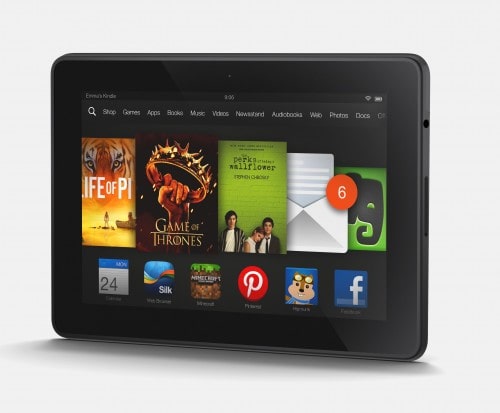 It weighs in at 10.7 ounces, or about 3 ounces lighter than last year' KFHD. It’s also slightly smaller but not much thinner while also boasting more battery life (11 hours mixed use and up to 17 hours when reading).

Like the new KFHD, the Kindle Fire HDX 7″ is getting the new software (like the MayDay customer service feature or the new Mojito OS).

Amazon’s other new tablet today takes everything wonderful about the Kindle Fire HDX and increases it.

The HDX 8.9 features a better-than-Retina screen resolution of 2560 x 1600. It too is running the new Mojito OS on a quad-core CPU running at 2.2GHz with 2GB of RAM, 16GB/32GB/64GB of storage, and aa pair of cameras (HD and 8MP rear camera). It also has the same high quality Dolby Sound as on other Kindle Fire tablets, dual-band Wifi, optional LTE,  and a familiar shape: 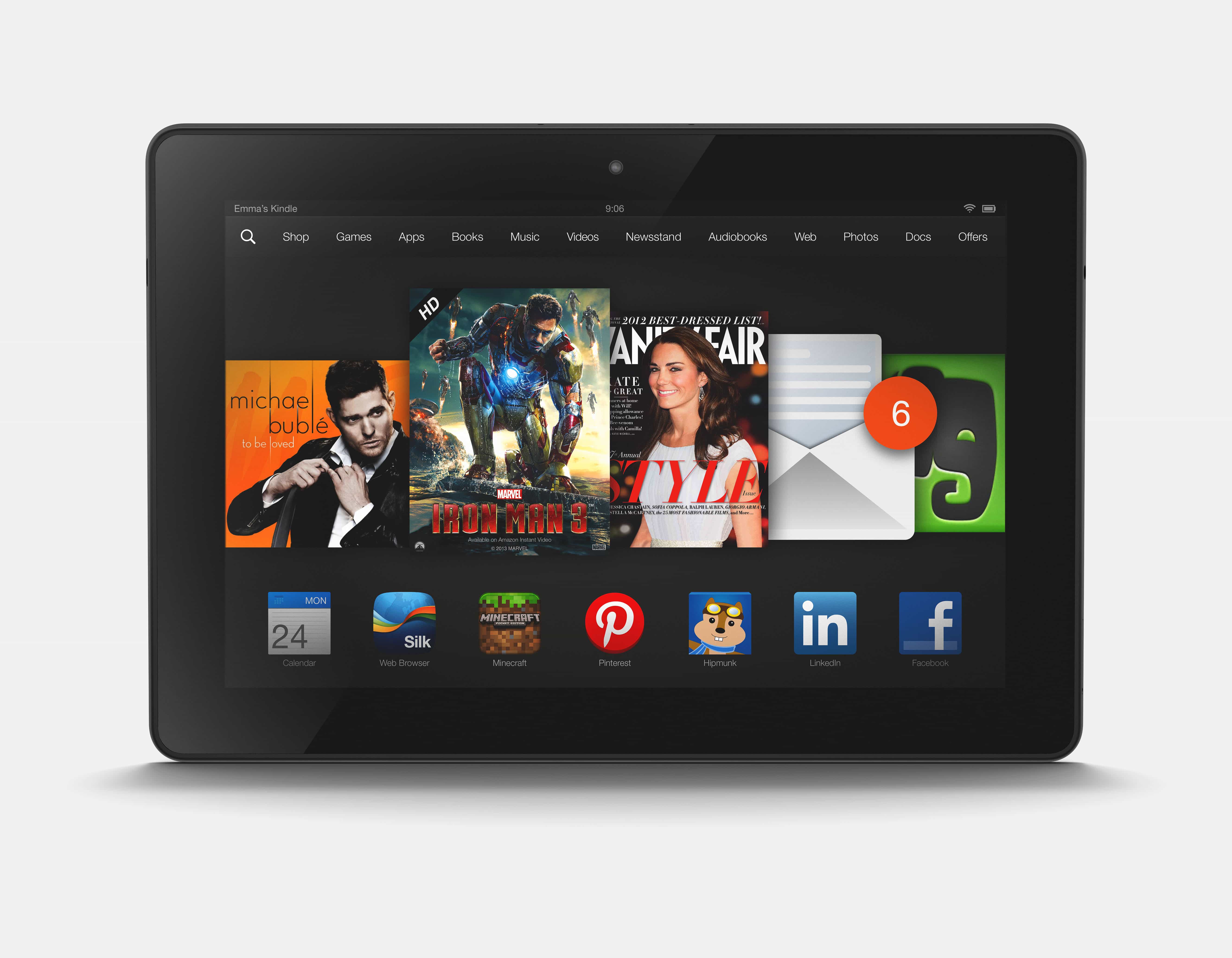 It weighs in at 13.2 ounces, or about 7 ounces lighter than last year' KFHD 8.9. It’s also slightly smaller but not much thinner while also boasting more battery life (12 hours mixed use and up to 18 hours when reading).

It’s also considerably more expensive than last year’s model, which is still listed on Amazon’s website. The Kindle Fire HDX 8.9 is going to start at $379 for the Wifi plus ads model, while the KFHD  8.9 starts at $269.

Like the new KFHD, the Kindle Fire HDX 8.9″ is getting the new software (like the MayDay customer service feature and the new productivity software).

Is it Too Early to Plan a Wake for the eReader?

That Mayday customer service feature is killer while being a little weird with they can’t see you but you can see them. But you know in the commercials, they always run smooth. Wait till it’s out in the wild. We’ll see how well this feature does.

Hoping they release a new developers guide ASAP too, as the new pixel density will probably change how we decide on ebook images sizes and their optimization across Kindle models.
Oh, and the Origami cover thing looks neat too, protective & practical too.

[…] The Kindle Fire HDX has a 7″ screen with an impressive 1920 x 1200 resolution display. It’s running Amazon’s own Mojito OS on a 2.2GHz quad-core Qualcomm processor with 2GB of RAM, Wifi, Bluetooth, and a camera (more details here). […]