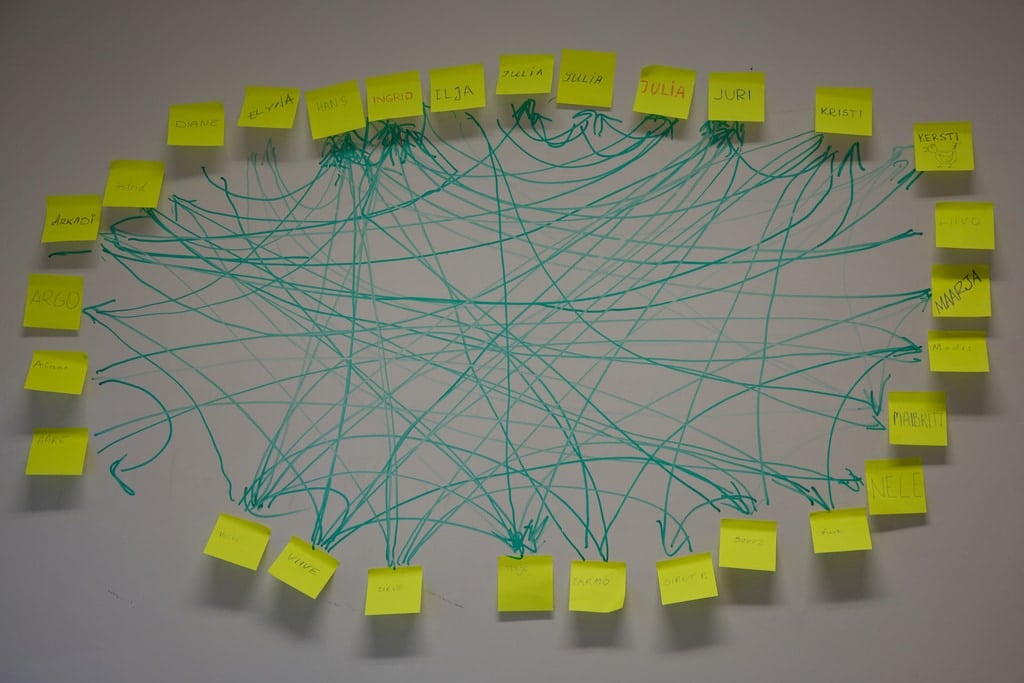 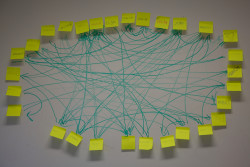 In 2015, the web is a wild and chaotic place. Few could have predicted that it would come to epitomize the saying that we cannot live with it or with out it, but author Bruce Sterling is the exception to the rule.

Back in 1993 Sterling testified before the US Congress. He was speaking in favor of the National Research and Education Network(NREN), a proposed network infrastructure that would be overseen by the National Science Foundation, NSFNet. But Sterling didn’t come as himself; instead he spoke in the role of a time traveler from 2015.

For example, tell me if this sounds familiar:

Since communications *is* power in an Information Society, giving fantastically advanced communications to the Research and Education communities did in fact empower those communities quite drastically by comparison with interest-groups lacking that advantage. Today, one of the most feared political organizations in the world is the multi-national anarchist libertarian group called the Students for an Utterly Free Society.

That reminds you of Anonymous, doesn’t it? Sure, the names are different and the tech is different, but the description is more of a hit than a miss.

And so was Sterling’s description of how online activism spreads at the speed of an electron, crossing not just borders but languages:

Thanks to NREN, however, spasms of student unrest can now spread like lightning across entire continents. Advanced AI translation programs installed on the Net only made matters worse, since in 2015 the global leaders of the student movements are not only extremely radical, but French.

Sterling also predicted that everyone, including even the authorities, would become so dependent on the web that they would not know how to live without it. (This hasn’t quite happened, but we are getting there.)

Take for instance a recent FBI raid on an enormous archive of encrypted Iranian files, illicitly stored in an obscure NREN node in North Dakota. Luckily the FBI was able to decrypt these files thanks to an inside informant. Deciphering these archives revealed the following contraband:

And so was his prediction of the power of an online community when it focuses its wrath on a single target:

Since it is now possible to transact business entirely in cyberspace, including financial transactions, many information entrepreneurs in 2015 have simply given up any physical home. Basically, they have become stateless people, 21st Century gypsies.

"A recent tragic example of this occurred in the small town of North Zulch, Texas. There some rural law enforcement officers apprehended a scruffy vagabond on a motorcycle in a high-speed chase. Unfortunately he was killed. A search of his backpack revealed a device the size of a cigarette pack. In searching the dead man’s effects, the police officers, who were not computer literate, accidentally broke the device. This tiny device was actually a privately owned computer bulletin board system with some 15,000 registered users.

"Many of the users were wealthy celebrities, and the apparent outlaw biker was actually an extremely popular and nationally known system operator. These 15,000 users were enraged by what they considered the wanton destruction of their electronic community. They pooled their resources and took a terrible vengeance on the small town of North Zulch, which, by contrast, had only 2,000 residents, none of them wealthy or technologically sophisticated. Through a combination of harassing lawsuits and sharp real-estate deals, the vengeful board users bankrupted the town. Eventually the entire township was bulldozed flat and purchased for parkland by the Nature Conservancy.

That is a fictionalized event, but we’ve seen online mobs attack with even less justification than a direct attack on an online community and so I have no problem picturing the scenario described by Sterling.

The EFF has the entire testimony archived on its site. I think it’s worth your time to read; this is perhaps the most accurate prediction of modern society short of Forster’s short story, The Machine Stops.

I’ll give him a lot of that, but the GEnie network, Compuserve, and AOL already existed, not to mention Usenet, and the mobs were already on all of those networks. SFWA’s home in ’93 was GEnie for the most part. I know this because I was at Clarion in 1990 and was one of the people who got Damon Knight and Kate Wilhelm to join the online SF community after we went back home.

I saw Sterling at an I-Con around that time as well. He talked the ear off a friend who was also involved in the Usenet/BBS communities. He definitely did his homework, asking questions about the online communities until the wee hours (and my friend’s desertion). I’m not surprised to read this at all.

Haven’t read any of his stuff in years but I do remember enjoying it. Cyberpunk!