Fujitsu Rebrands Netronix eReaders as the Quaderno A5 and A4 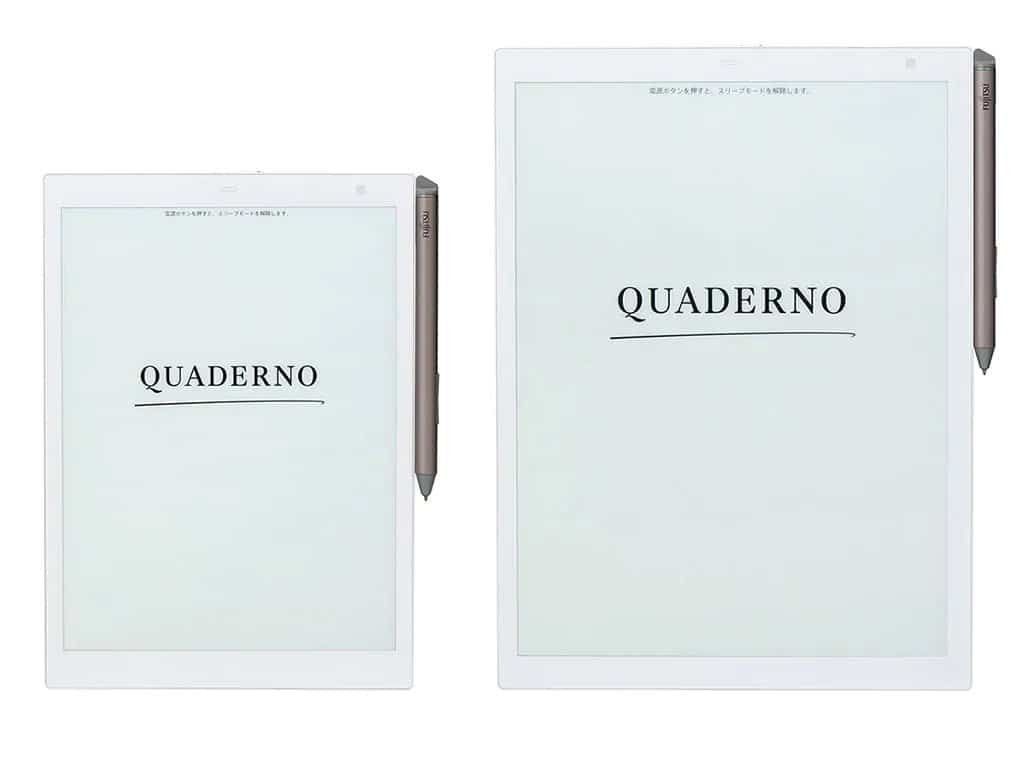 Fujitsu has joined the ranks of companies that have licensed hardware from the Taiwan-based OEM, Netronix.

Late last year Fujitsu  launched a pair of writing slates in Japan called the Quaderno A5 and A4. These devices sport 10.3″ and 13.3″ screens, run Android, and are only available in Japan.

Aside from the software, they are virtually identical to the Sony Digital paper. 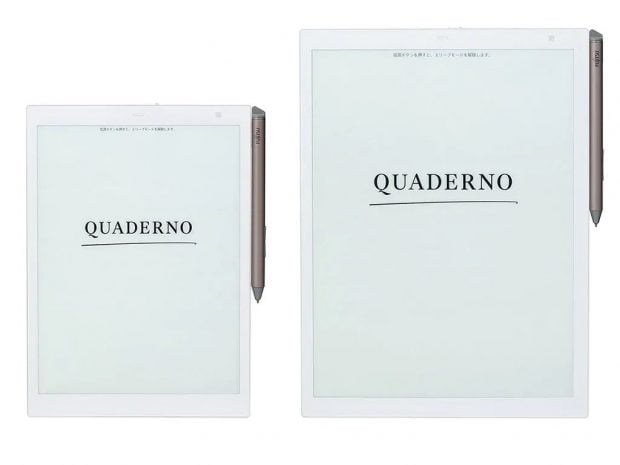 Both devices are powered by a Marvell IAP140 quad-core chip with 1GB RAM and 16GB internal storage. They also have Wifi and Bluetooth. Battery life is promised at 3 weeks, so long as you are only "browsing a PDF document for 60 minutes / 30 pages a day with the Wife and Bluetooth turned off, and writing with a pen for a total of 1 minute during browsing".

It is unclear how long the stylus lasts between charges, but according to one retailer it does have its own battery which cannot be charged from the device.

Like Sony’s devices, the Quaderno run Android and only support PDFs. The software is slightly different, though, and includes better integration for transferring files off of PCs and for sending docs to be printed on Fujitsu printers.

And yes, these devices do bear a striking resemblance to the Sony Digital Paper, which is why I beleive that they were also sourced from Netronix. That OEM filed the FCC paperwork for the Sony CP1, and almost certainly built all 4 models.

I Already Pre-ordered the New Nexus 7 at Best Buy

Could you elaborate bu PDF only.
Do you mean the tabletdaves only in PDF?

If that’s the case whatvtechical difficulties are there to save in .txt and it?

They have Android too, but, which version? Same as Sony’s devices?

Ack – do I have the sizes backward?