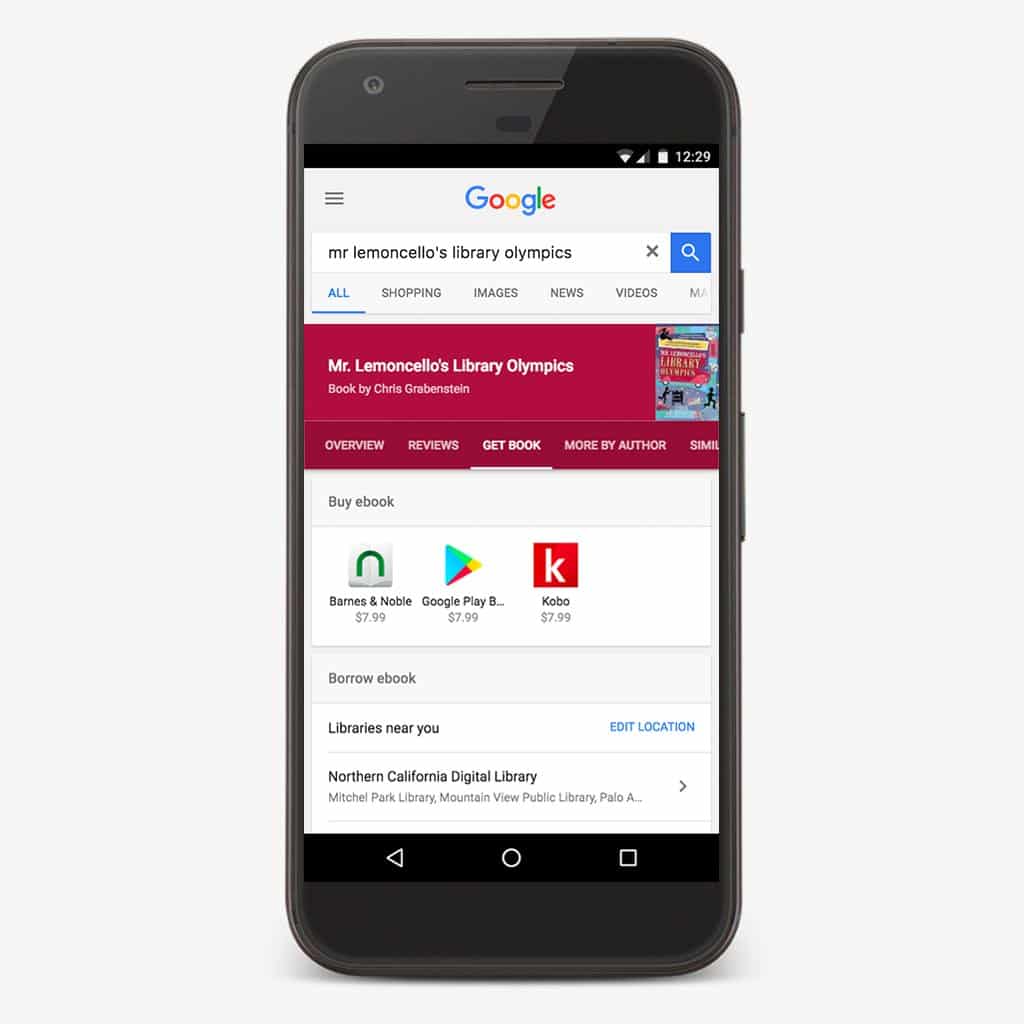 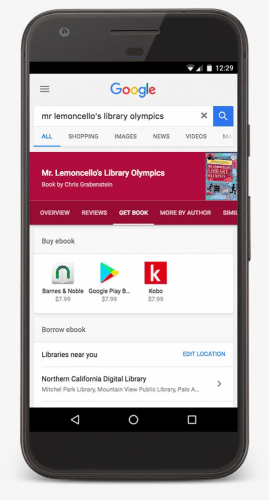 Google just made it a little bit easier to check ebooks out of your local library.

Google announced today that they have integrated public library catalogs into their search results. I can’t see the new results page, but Android Police reported that the side ad-bar in Google’s search results now includes links to library listings:

This new feature works on both mobile and desktop and manifests simply. If you search for the title of a book, you’ll see one of two things. On desktop search, there’s an additional heading in the detailed results/information card on the right. But on mobile, it’s buried in the Get Book tab, just under the Buy ebook card.

I did run into some inconsistency with this new feature. While some books would bring up the Borrow ebook card without any problem, other titles just wouldn’t trigger it. While Cixin Liu’s "Three-Body Problem" had the extra field in results, searches for N. K. Jemisin’s recent Hugo Award winner "The Obelisk Gate" didn’t trigger the same behavior.

I first thought it might have to do with availability, but the card appeared for titles with universally long waiting lists, too. Behavior was the same for search on both desktop and mobile, and I’m at a loss to explain why.

That’s a neat trick, and one I will appreciate once I can actually use it.

My local library (Prince William Public Library) is just terrible at search.  It’s search feature was apparently programmed by a Yahoo intern in 2003, and never upgraded.

Yes, it is that bad, so any trick that bypasses the problems is a huge improvement.

Wearable, Shmearable: iWatch Delayed Until Next Year (If It Even Exists)

I have to give the book search on Google a try.

One thing I use to search for books in libraries is Worldcat. I have used it to both search and request books from the Inter-library loan system, which is incredible, if your local library participates. I requests books from libraries all over the country, great for rare or out of print books. When I search for a book, it tells me if the books is owned by my local library, with a link, and it also allows me to place an order for books my library doesn’t own, but is owned by a participating library elsewhere in the US.

I just tried this using my phone and it worked great. My library was right there under the Get Book tab, and clicking on it brought it up on the library page. Nice. Thanks for letting us know about this!

Funny thing about the Google search, I get different results on PC/phone. One doesn’t have the local library, the other does.

That is a nice feature, kudos to Google.

We subscribe to Overdrive, Hoopla and Freading all of which have ebooks. But, only the Overdrive results show up. Does anyone know why?

[…] Google can search the Internet in mere seconds and locate nearly every single bit of information on the planet.  Except for ebooks you can rent for free from your local library…oh wait!  According to the Digital Reader, that is now possible-read the news in the article, “Google Added Local Library eBook Listings To Search Results.” […]