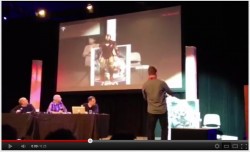 Marvel is at SXSW today and they just unveiled a couple new tricks they’re dding to their comics  starting next month. This post just looks at the less interesting gimmicky one, namely, augmented reality.

If you’re not familiar with augmented reality, let me give a brief explanation. Do you know how movie makers can add all sorts of visual imagery around real actors? With augmented reality, you can kinda do the same thing and you can do it in real time. You just need the right computer, camera, and software.

Starting in April, Marvel is going to add AR codes to their paper comics. Download the iOS or Android app, and once you point your camera equipped device at the code you will see various neat features pop up on the screen. Here’s how Marvel describes it:

By opening this app and scanning select Marvel products featuring the Marvel AR logo, you’ll unlock exclusive content starring the world’s most popular Super Heroes–including Iron Man, Thor, Captain America, Spider-Man, Wolverine, Hulk and many others! Go behind the scenes of your favorite comics, see new footage, hear from creators, catch yourself up on past events and more!

You can watch the video at the end of the post for a demo.

I’ve been playing with AR book features for a while now, and I’ve come to the conclusion that it is ether a gimmick or a toy. 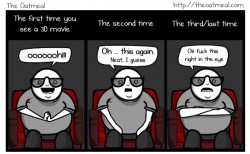 I’m afraid that this one is a gimmick because of the content Marvel is including. Some of it will be cool 3D stuff that you’ll like the first time, and maybe the second time, but the third time will bore you. I’d say that it falls in the same category as 3D Movies, and you know what The Oatmeal said about them.

And some of the features you’ll get via the AR code will be behind the scenes videos. Those would work just as well if you posted them to Youtube; hiding them behind the AR code is a gimmick. Ditto for anything that could have been posted to a blog. 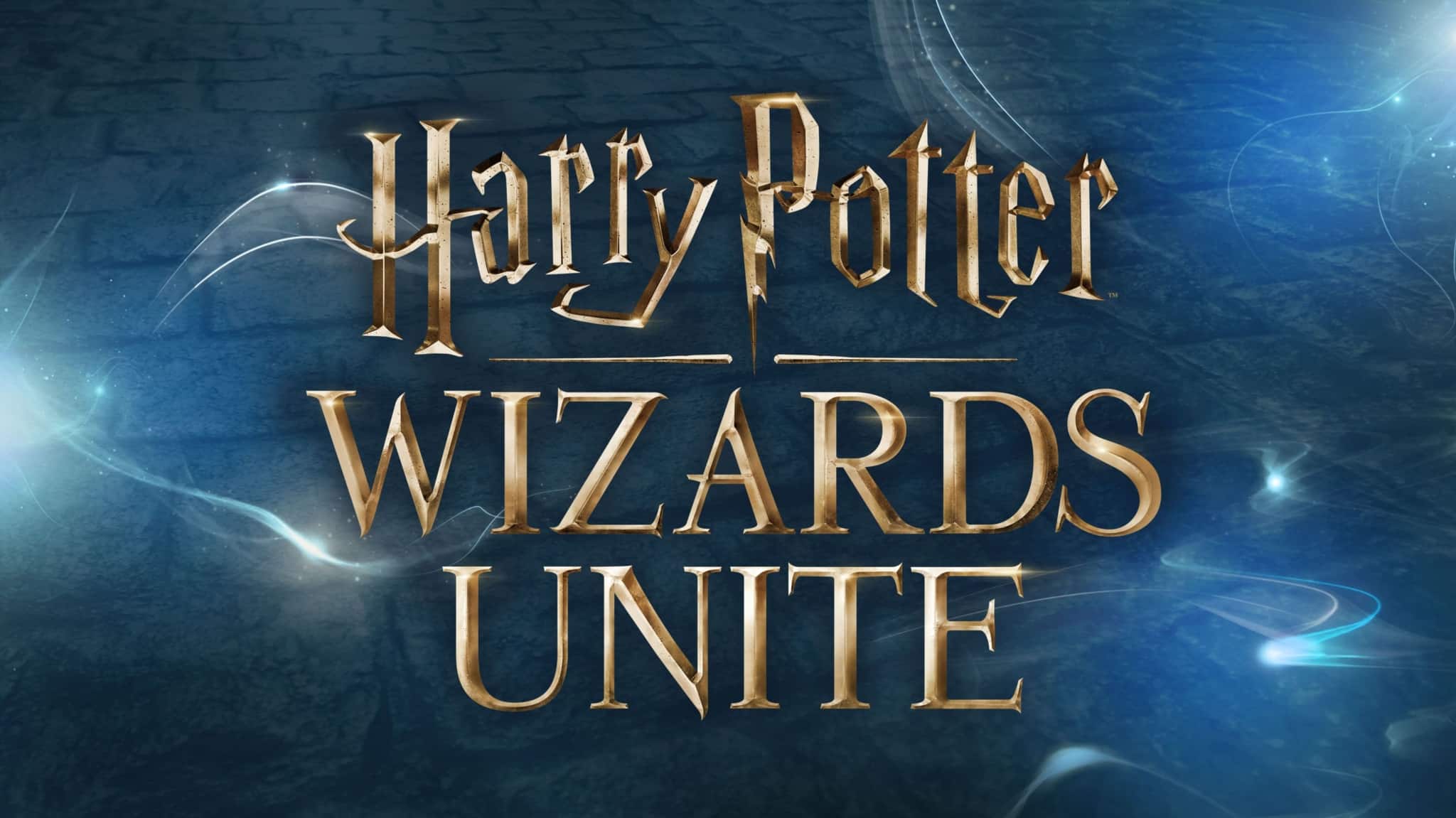 […] the requisite page in the textbook in order for each video to pop up.I’ve shown you AR tricks once or twice before, so I’m going to assume that you’re familiar with the idea. So far most […]

[…] the requisite page in the textbook in order for each video to pop up.I’ve shown you AR tricks once or twice before, so I’m going to assume that you’re familiar with the idea. So far most […]