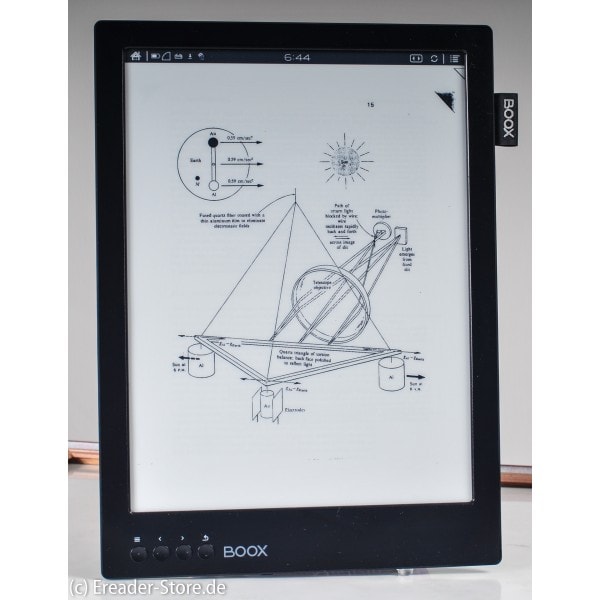 Released last summer, the Onyx Boox Max was a pricey but worthwhile alternative to the Sony DPT-S1. 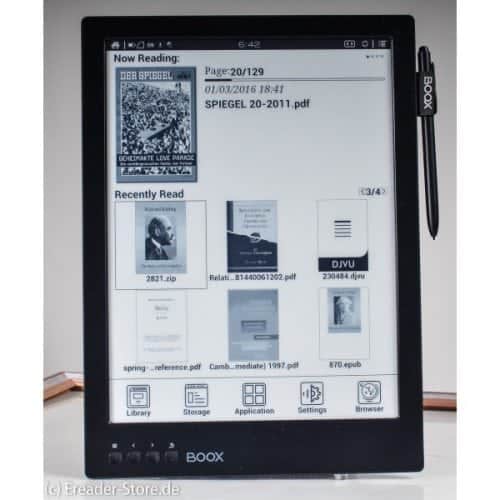 It ran Android 4.0 on a 1GHz CPU with a 13.3″ screen, stylus, Wifi, and BT. As I pointed out in my review, it was not your typical ereader, but since it shipped with Google Play its functionality was limited only by the apps you installed (and by the CPU).

But now it is getting a little better.

eReader-Store.de is now taking pre-orders for the Onyx Boox Max Carta. This is an update to the Onyx Boox Max with a new higher-resolution Carta E-ink screen. But it has essentially the same guts, though, so there are arguments against paying the extra 45 euros at the register.

Like its predecessor, the Onyx Boox Max Carta runs Android 4.0 on a 1GHz single core CPU (last year I misreported the processor as a dual-core CPU). It comes with 1GB RAM, 16GB internal storage, stylus, Wifi, Bluetooth, a headphone jack, a card slot, and can be upgraded to Android 4.4. 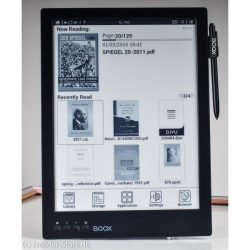 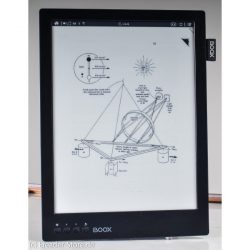 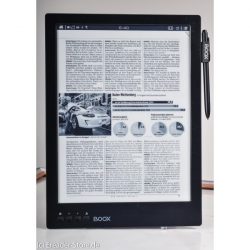 The new model has a considerably sharper screen, which is great and all, but I for one was hoping for other upgrades: a faster CPU, capacitive touchscreen, or Android 5.0.

This is hardly an upgrade at all. 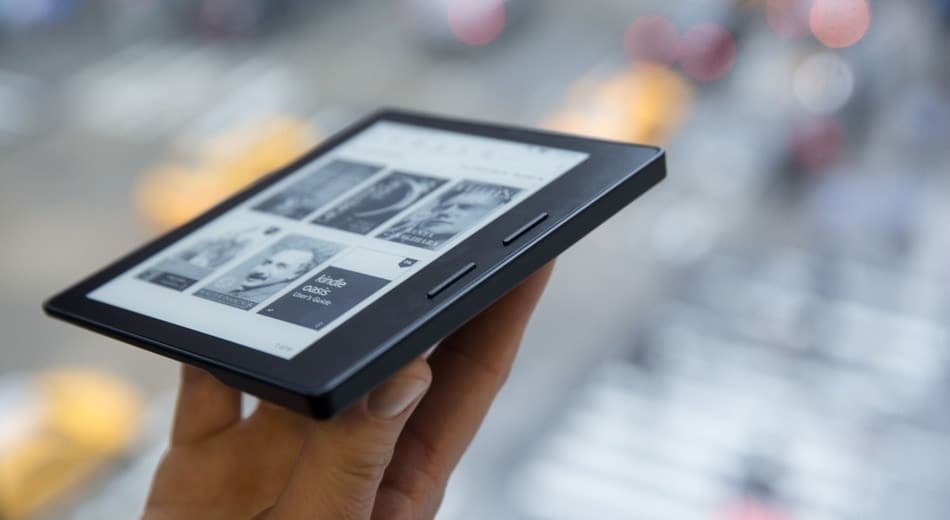 Do You Want Page Turn Buttons on Your eReader? 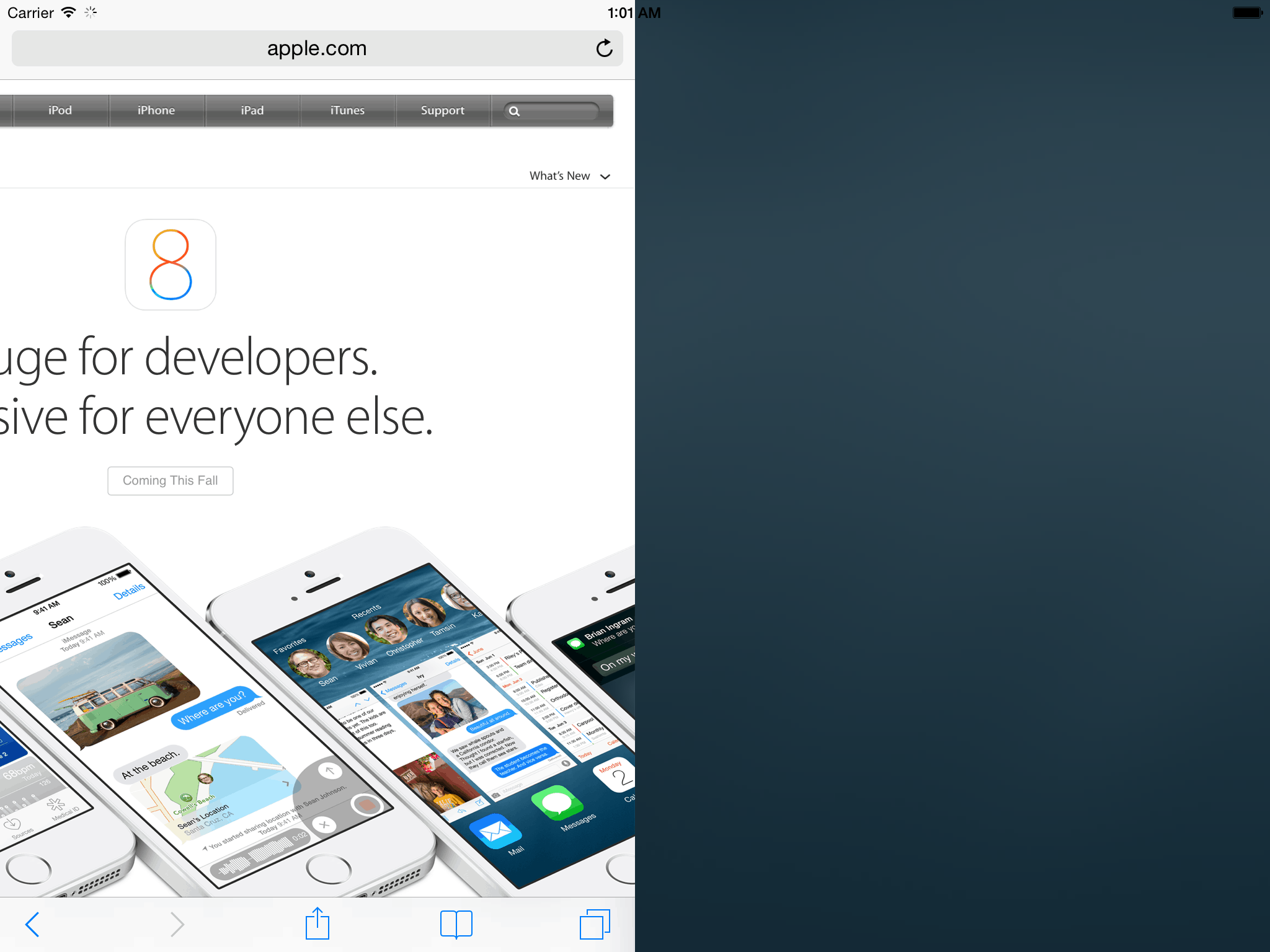 Onyx is saying their devices can be upgraded to Android 4.4. past 3 years. But they are being shipped with 4.0.4 up to now.
We will see a new Android version with new i.MX7.

I bought my M96 from Ereader Store, and their service and support was excellent. but then switched to DPT-S1.

496g is not a weight you can hold with one hand for long hours of reading, I tried to bring Onyx attention to this before the release of the first Max.

You quoted the price tag for those inside the EU. For those outside the EU, the price is significantly cheaper. About 669 euros which includes shipping.

Of course, import duty and taxes may have to be paid upon it, but that might be significantly less than the difference between the Eu and non-EU price. It certainly was for me when I purchased the Max not too long ago.

Still terrible. Crap software with crap hardware.
It’s no wonder that e-reader market is in the gutter.

It also comes with an HDMI socket so can be used as a monitor.

The fine print of the product listing says it ships with 4.0, and can be upgraded.

I didn’t see anything relevant in the link you posted.
http://ereader-store.de/de/77-onyx-boox-max-carta.html
This says 4.4, but it’s not the base Onyx site, so maybe they got it wrong, or maybe they will update before they sell it. But it sounds like an upgraded version of 4.4 is coming at last.

Scroll down to the specs tab (or does it have another name?).

But, is it resolution the only difference? Last MAX had Mobius, not Carta

so this device has both.

So, last MAX had not Carta but this has it, not only more ppi

The German seller confirmed me the Boox Max Carta wii come with Android 4.4. preinstalled. He had the freedom to choose. The update is ready, and Onyx only waits first to launch its product at the coming Hong Kong Electronic Fair.

@Feda Neither the software nor the hardware of Onyx Boox Max are crappy. It is an injustice to say that. I bought them in March last year, as the first batch reached Europe. Clearly, there is much to improve, but they are pioneers and their e-reader made a good job. I managed to read one year a lot of pdfs and ebooks and/or book chapters without printing mountains of paper an that was amazing. Plus you can make annotations on the text and write notes.

Some people want a perfect device, some people are willing to work with the imperfections. I can see both angles. But this hardware is cutting edge. It’s Android on e-ink and not everything will work out of the box.

Too many people wants to use these devices like a tablet and, I think, e-ink technology, by its own nature, is not suited for that purpose and never will be