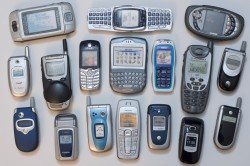 T-Mobile’s parent company Deutsche Telekom could open an ebookstore sometime during the next 3 months.

The German language edition of the Financial Times reported today that Deutsche Telekom will be launching a general platform for mobile services and products. This platform would work with more than just T-Mobile phones; in the US T-Mobile is in talks with ATT and Verizon, while in Germany T-Mobile have already partnered with )2 and Vodaphone.

Note: at this point no one has actually said that ebooks will be sold; we’re all pretty much assuming it (but it’s a safe assumption). We also don’t know who will run the ebookstore.