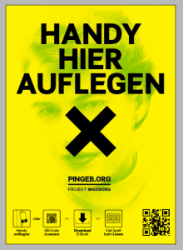 I’ve been in some rather large libraries, including Bryant Park branch of the NYPL and the Library of Congress, but if you want to talk about sheer size I think the city of Klagenfurt, Austria has set a new record. A non-profit group called Project Pingeborg is working to promoting among the population of Klagenfurt, and in doing so they’ve more or less turned their city into a library.

This project is still in the early stages, but what they’ve done so far is to place 70 QR codes around the city: 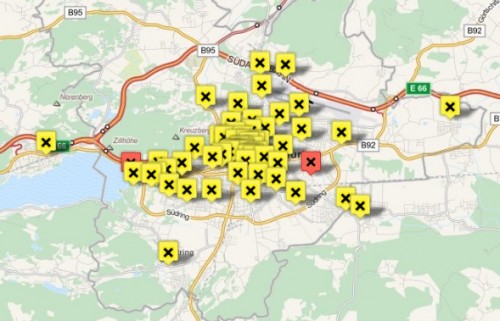 Technically the contents aren’t at each location, so this is more of an ad campaign than a library. But each title is tied to a specific location, and what’s more the links aren’t going to show up in Google (bless robots.txt). So this project is in effect giving digital content a finite location, thus removing one of the key aspects that separates paper books from ebooks. Each little sign with a QR code is more or less the shelf location of that ebook.