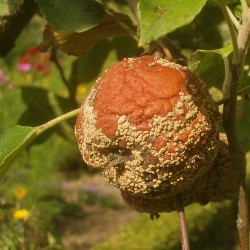 When The Atlantic Monthly published a paid article promoting Scientology a couple months ago, they were roundly castigated for lack of editorial integrity. With criticism and coverage coming from all sides, including Forbes, Techdirt, NY Magazine, and elsewhere, The Atlantic pulled the advertising and replaced it with a stub.

In retrospect The Atlantic said that they regretted not updating their policies and thinking the idea all the way through, but IMO their chief mistake was in not being subtle enough.

When it comes to selling blog posts to advertisers, that seems to be a not uncommon mistake. Take GigaOm, for example.

On Sunday they posted an  advertisement written by the CEO of TrapIt, an iPad app developer. While normally that would not be an issue this article argued a nonsensical premise that, coincidentally, the author’s startup was the solution to.

If you like you can read the article, but I think you can grasp most of the argument from the title:

It goes downhill from there. The article is rife with gems like:

Surfing the web is far less pleasurable on an iPad. Visiting a site frequently presents one with a pop-up and a dilemma: Download the app, or endure the diminished experience of a website designed for another device. Safari is essentially a limited version of its desktop sibling – and apps almost always provide a better experience.

Just to be clear, this argument about apps being better than Safari does not match my experience. I have found the web browsing experience on the iPad to be so good that I think websites are wasting money developing iPad apps – seriously.

But you don’t have to take my word for it; the article has 85 comments and nearly all disagree with the author. Most simply disagree, but some question the bias of the author and the ethics of GigaOm for posting the article. And that last complaint is a more serious indictment for GigaOm than it would be for other blogs.

In addition to advertising, GigaOm also generates revenue by selling research reports on a wide variety of tech issues via GigaOm Pro. These reports are supposedly written by unbiased experts who analyze and explain the issue at hand.

The reason I use the word supposedly is because we now have reason to doubt GigaOm’s integrity. If they are going to sell a blog post to an advertiser, how do we now they didn’t do the same for GigaOm Pro?

We don’t, and that means everything they published should be regarded as suspect until proven otherwise.

The response from GigaOm:

The piece you’re citing is a Guest Post. These are unpaid contributions from executives, entrepreneurs, investors and others in the spaces we cover. All the details on how they work are right here (http://gigaom.com/2012/11/28/have-an-idea-for-a-great-guest-post-heres-what-you-need-to-know/). We’ve run unpaid Guest Posts for ages.
If you don’t like the piece, by all means say so — it’s a free world. But to go from that to alleging — without a shred of evidence or any conversation with anyone at GigaOM — that we took money from the writer is the height of irresponsibility. It’s what gives the web a bad name, frankly.

It’s funny that you should fault me for not having a conversation with GigaOm. I did attempt to communicate with GigaOm (twice); it’s not my fault y’all chose not to respond nor does your lack of response obligate me to hold the post.

Also, what I wrote in the above post is what many of your former readers are already thinking. If I had not had the idea suggested to me twice on Monday I would not have written the post. Maybe you should consider what these so-called unpaid guest posts look like to your readers.