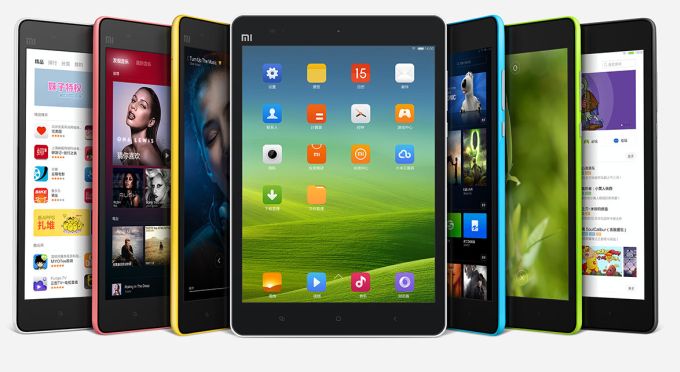 and their cousin has made an Android toting iPad Mini clone and now Chinese smartphone maker Xiaomi is joining the fun.

Earlier today Xiaomi unveiled a new 7.9″ tablet which runs Android 4.4 KitKat on an Nvidia K1 chip. With a retail of 1499 yuan (or about $240), the Mi Pad is going to be a powerful gaming platform when it ships in China later this year.

The Xiaomi Mi Pad is one of the first tablets to use the Tegra K1 chip, and it’s backed up by a Retina-quality display with a resolution of 2,048 x 1,536. It packs in 2GB RAM, 16GB internal storage, and a microSD card slot. According to Xiaomi this tablet has a 5MP front-facing camera, an 8MP rear camera, Wifi, Bluetooth, and stereo speakers.

It’s not clear when Xiaomi will release the Mi pad, but they have announced that they launch an “open beta” program in China in June.

I could be wrong, but it looks like the MiPad might be the first tablet to be built on what looks to be the Nvidia Mocha reference design.

According to the leaked benchmarks, the Mocha has a 7.9″ screen, a Tegra K1 chip, 2GB RAM, and a number of other details in common with the Mi Pad. While we don’t know that the Mi Pad is the Mocha there is a good chance they’re the same.