Pocketbook’s 13.3″ ereader has been delayed again, and that’s a good thing. New reports are coming in today from Russia that Pocketbook has changed the design of CAD Reader.

The tech blog Mobile-Review.com (found via MobileRead user fgdas) got their hands on the CAD Reader, and they revealed that this ereader is now going to use a flexible 13.3″ Mobius display like the one on the Sony Digital Paper DPT-S1.

When it was initially announced last December, the CAD Reader was to be built around a 13.3″ Fina E-ink display. The Fina display is the same size and resolution as the Mobius display (1600 x 1200), only instead of the flexible and rugged plastic backplane found in the Mobius display, the Fina display uses a glass backplane similar to that found in many ereaders, including the Kindle Paperwhite.

As everyone knows, E-ink screens like the one on the Kindle Paperwhite are prone to breakage simply through ordinary usage. The Fina display, with its enormous size, will likely be extremely fragile. This led Pocketbook to revise the design of the CAD Reader and replace the screen.

As someone who has broken his share of ereaders, that’s great news. Unfortunately it also comes at a price; the CAD Reader is going to be delayed again. The release date has been bumped from late 2014 to early 2015.

On the plus side, Pocketbook is saying that the price in Russia will be around  20,000 rubles. According to Google, that comes to roughly $574, which is simply wonderful news. 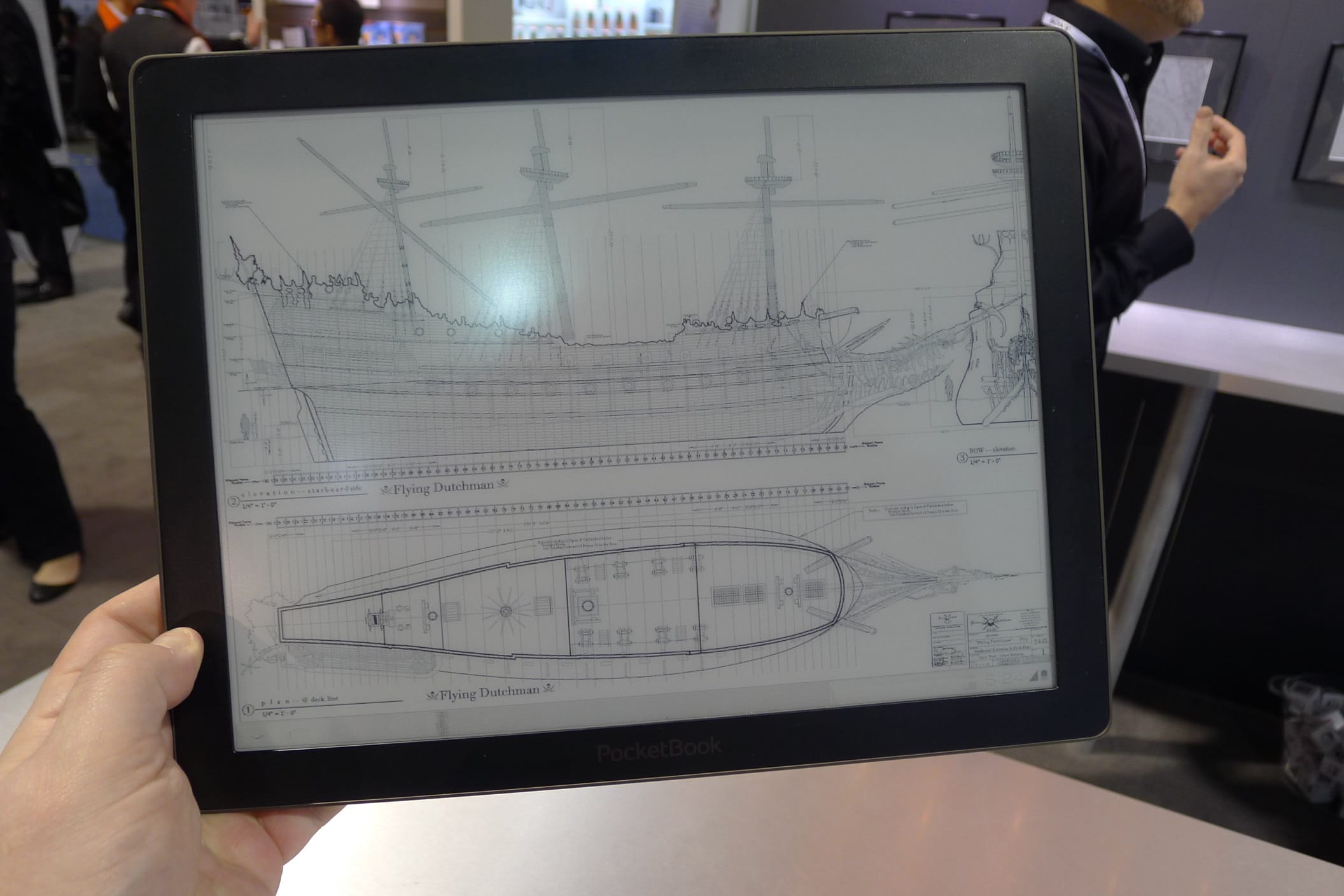 Yes, the Pocketbook CAD Reader is going to be the second most expensive ereader on the market if and when it ships, but it is still going to cost $500 less than the Sony Digital Paper (which has a US list price of $1,100).

While it won’t be sold at retail and is primarily intended for displaying blueprints in the construction market, the CAD Reader is still a far more capable device than the Sony Digital Paper. The latter device only reads PDFs, while the CAD Reader is expected to run a modified version of Android 4.0.4 on a dual-core 1 GHz CPU with 2 GB RAM and 16 GB Flash storage.

We don’t know yet just how many Android apps will be compatible with the CAD Reader, but this blogger is nevertheless hopeful that the Kindle and other reading apps will work.