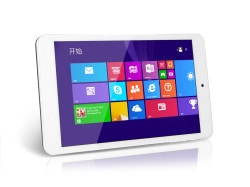 Would you buy a $99 Windows tablet? You could be about to get your chance. Intel has been promising since April that we would see $99 Windows 8 tablets this year and one of the first has just made an appearance in China.

Kingsing is a name few will recognize (unless you frequent AliExpress or other international marketplaces) but this Chinese OEM has pulled off the feat which HP and Toshiba are still trying to accomplish.

The Kingsing W8 might not be much to look at, but this tablet runs Windows 8 and sports a 1.8GHz quad-core Intel Baytrail-T CPU with 1GB RAM, 16GB internal storage,  a pair of 2MP cameras, and a microSD card slot. It has an 8″ IPS display with a screen resolution of 1280 x 800, which is much sharper than I expected, and a 5 point capacitive touchscreen.

The 4.5Ah battery is expected to offer 6-8 hours of runtime, though that is of course a manufacturer’s estimate. There’s also a mike and stereo speakers. In terms of connectivity the W8 has Wifi, Bluetooth, and 3G (WCDMA/EVDO/TD-SCDMA). Given the cost I’m not sure how that last is possible but that is what is being reported. 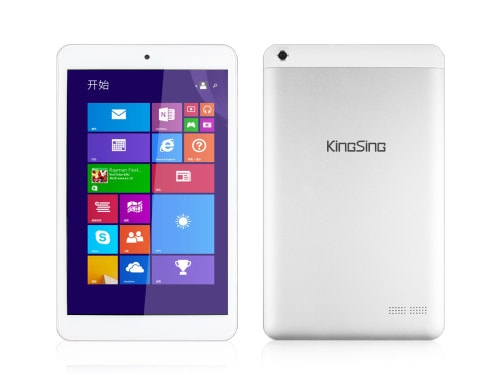 The W8 has specs which are similar to a lot of Android tablets n the market, but also slightly better. The tablet takes advantage of Microsoft’s new minimum hardware requirements, specifically the 1/16 rule (1GB RAM, 16GB internal storage), and looking at the price it probably also benefited from one of the free Windows 8 licenses MS gives away to makers of cheap tablets.

TBH, I was surprised to see this tablet show up in China; I had expected Toshiba to release a $99 Windows 8 tablet first. Toshiba has a $99 Android tablet on the US market which runs KitKat on a quad-core Intel chip. It’s called the Excite Go, and while the specs aren’t as good as the W8 mentioned above I still thought the Excite Go would make a good candidate for a quick conversion from Android to Windows 8 (after Toshiba doubled the internal storage from 8GB to 16GB).

You can find the Excite Go at Best Buy, if you like. There aren’t a whole lot of reviews yet so I can’t say whether it is any good, but I was thinking about buying one to review it.

That tablet caught my interest because it has what looks like a powerful CPU at an impossibly low price. I’m curious how Toshiba pulled that off, and whether they ended up with a usable tablet when they were done.