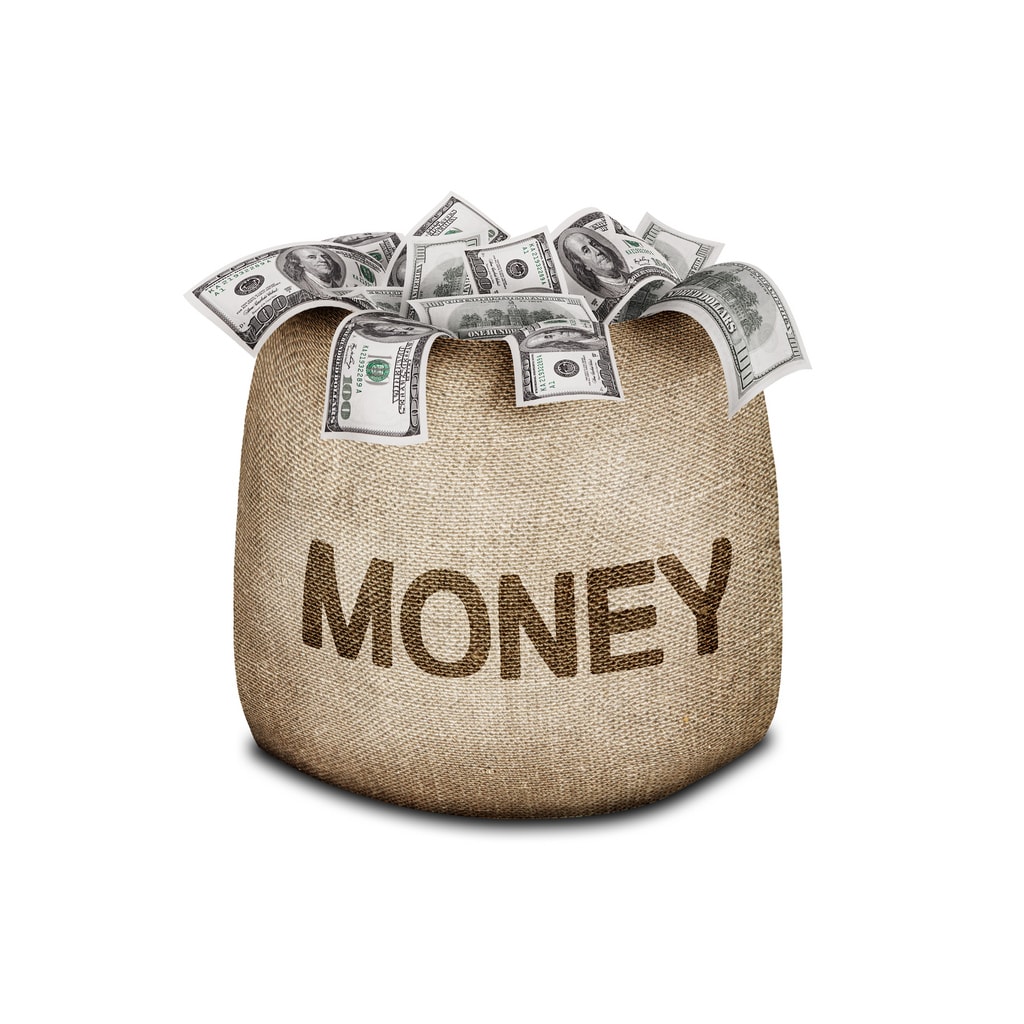 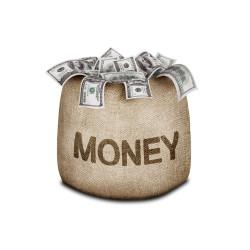 The latest Author Earnings Report is out today, like the earlier reports it is going to instigate more arguments than it will settle.

The May 2015 report is based on a survey and analysis of the top 200,000 titles on the Kindle Store best-seller lists, and among the other details it revealed was an unsurprising trend in the price of ebooks, a continuing shift as indie titles replaced traditionally published titles, and a corresponding shift in revenues.

It does not, however, answer my questions about AAP’s Statshot report from January of declining ebook sales; it raises more questions. And to be clear,  I know I have reached a different conclusion from the official Author Earnings Report, and I will explain why later in the post.

But before we get to that, let’s start with ebook pricing trends (and save the more intricate details for later in the post).

As you can see in the charts below, the average prices for Amazon-published ebooks remained relatively constant, while the prices of indie-published ebooks and those from small and medium presses spiked in late 2014 and early 2015 before trending downward again.

The average price of best-seller ebooks published by the Big 5, on the other hand, has continued to increase over the past 6 quarters. Given that four of the Big Five have switched to agency ebook contracts in the past 8 months, it comes as no surprise that they are also raising their ebook prices in general. But more importantly, I would like you to note the patterns of the four charts.

In particular, I want you to note how the indie ebook prices and the small/medium publisher ebook prices follow the same pattern. This suggests that both parties are responding to changes in the market in a similar manner, while the Big Five are not.

The Big Five are simply increasing their prices no matter what. This point is worth watching because it will affect the relative shifts in revenue from one quarter to the next.

In fact, we may already be seeing the impact when we compare the charts from January 2015 and May 2015.

The shift is especially obvious when you compare the April 2014 and May 2015 reports.

Skipping to the gross sales charts, we can see a huge shift in the revenue split; indies are getting more money, while small/medium/big publishers are getting less.

If we threw out the above comparison, we would have to throw out the following one as well.

Remember when I reported on the AAP’s January 2015 Statshot report and I predicted that the decline in ebook revenues could point to a shift in purchases to another industry segment (or format)?

Well, we can’t actually back that up with the Author Earning Reports from February 2014 and January 2015. When we compare those two charts, we don’t see a huge difference in the gross ebook revenue shares of the small/medium/big publishers.

The first chart is not labeled, but it is from February 2014:

When you factor in the "single-author publisher" revenues (those are indies by another name), self-published authors aren’t really picking up much more of a share of the revenues in the Kindle Store in early 2015 than they were in early 2014 (21% vs 22%), while publishers only lost a couple percentage points (73% to 71%).

That two point drop does not reflect the 8% drop in publisher revenues which the AAP reported for January; it’s not even close.

And yes, I know that the AE Report itself says that there is a huge difference; they are wrong. They only discuss it in terms of the stats for the Big Five, and not the combined stats of the small/medium/big publishers. The AAP collects revenue data from 1,200 publishers so that is a clearly a mistake on the part of the pseudonymous Data Guy.

Sidenote: The discrepancy is doubly interesting given that the average ebook prices of small/medium/big publishers were higher in January 2015 than they were in February 2014 (scroll up for the relevant chart). The higher prices didn’t affect the revenue share to a significant degree. Chew on that.

Does anyone else wonder why the two annual comparisons point to different conclusions?

This could be a sign of market fluctuations rather than actual change, or it could be a sign that the shift only really picked up steam after January 2015. Either way, we’re going to have to wait for another quarterly report before we know for sure.

I, for one, am waiting on more data from the AAP. Stay tuned.

Zola Books Cooks up a Sale Over Amazon-Hachette Conflagration

I think you’ll find some of that 8% loss you’re looking for over at Barnes & Noble.

The problem with pointing to B&N as a cause is that the Kindle Store is global; the Nook Store considerably less so. The actual dollar value impact of the Nook Store’s decline is in fact smaller than if we were just talking about the US ebook market.

I thought we were talking about the US eBook market, not the global one. Hugh’s reports are based on Amazon.com, right? Or are they all Amazon sites?

The Kindle Store in Amazon.com is available globally (more or less), including in the countries where Amazon has local stores. The best-seller list is affected by sales in those countries.

The Nook Store is available in far fewer countries, so it has less impact.

Also, the decline at the Nook Store reflects consumers shifting their purchases elsewhere, not pulling out of the market entirely. There is no evidence to show otherwise.

Depends on how many of those purchases are shifting to paper books and how many to other ebook stores.

Yes, but we don’t have any data to speak of.

I thought this chart made the case most clearly:
http://authorearnings.com/wp-content/uploads/2015/05/201505-marketshare-trend-unitsales.png

BPH unit sales dropped 10% over the first twelve months of the series and then lost
18% in the last quarter. More than a year’s drop in one quarter is too big for market fluctuations: more likely, a threshold was crossed.

The problem with charting the average BPH price is that not all the BPHs are on agency redux: the randy penguin is still on the older contract and they account for about half the BPH sales so their prices can mask the full increase of the small four BPHs.

Also, BPH price hikes and sales losses haven’t been uniform, across the board. Rather, the biggest drop has been at the high end, sales-wise; new releases. Thus the big decline in top sellers.

We’re talking about money here, and that chart confuses the issue.

You’re only half-right. It says "unit sales" not "bestseller list entries", so the top of the charts get weighed far more heavily than the bottom.

But what wrong dates are you talking about?

It should read January 2015, not February 2015. The data is from the middle of January.

We also don’t know the impact of the 75+ million iphone 6 sales. The Big 5 decreases at Amazon could have been picked up by Apple/iBooks. Currently, 9 of the top 10 iBook bestsellers are from the Big 5.

That assumes people already buying from Amazon would start buying from Apple despite the Kindle app being on iOS. If that were true, Apple would be filing the ebook wofld since 2010. Instead, iBooks got little traction until Apple forced the removal of all references to ebookstores from reading apps. Also, Amazon wouldn’t have grown their market share from 54% in mid 2010 to the 60%-plus range of last report (Hachette).

A more likely answer is that Apple, like Nook, heavily promotes BPH titles and relies more on casual reader once-a-year buys of bestsellers and big name authors. Amazon, Kobo, and Nook, in contrast, get a lot of their sales from heavy readers, a point B&N emphasized when they announced they were not going to do new Nook tablets but would be doing new eink readers.

Heavy readers can and do read on both dedicated devices and multifunction devices but casual readers are much more likely to be multifunction only. That skews the charts at Apple and Google towards NYT Bestsellers.

Make that, "apple would be ruling".

There are fewer indie titles in iBooks, over a million possibly two million less. The BPH have less competition on iBooks. And with Agency and all retailers prices the same there is no need to shop around for much of the Big 5 titles.

If Amazon’s market share is still around 65% and B&N and Kobo negligible that leaves Apple and Google with the other 30%. And as you mention BPH are heavily marketed and purchased from Apple and Google, so what the BPH lose from Amazon they may gain from these other retailers. With 75 million phablets even casual reader’s sales add up and should be considered if looking at the whole industry. I know AE is mostly Amazon focused but they aren’t everything.

If the AAP’s report is on Net, and since the Author Earnings data you cite is Gross, the reason could then be the switch from wholesale to agency with Amazon going from no-cut to 30% ?

For the purposes of the value analysis, titles farther than 100 000 (selling less than 1 a day) are discarded.

[…] Simon & Schuster, on the other hand, had a much better digital quarter. Their digital revenues were so good that they disproved any generic "Big Five cut their own throat with Agency" claim which one might make based on yesterday's Author Earning Report. […]

Indie presses are likely to follow the practice of major presses in sticking to top level categories and not burrowing down into obscure subcategories like Alternative Worlds (even when the book is about alternative worlds). Consequently Author Earnings overstates self-publishers and will leave more small presses with just one book and therefore in the Uncategorised Single Author Publisher data segment.

Damn. All this time I’ve been assuming that we were looking at indie authors, but you’re right.

She tried floating her unsupported theories in the comments on the January AE report, too, and every word she said was proven incorrect by deeper looks at the data. It was actually pretty funny.

[…] in a company's revenue reports). It is also why I went looking for the older reports when I covered the latest Author Earnings Report. Bernie did not bother to do so, but the data is there so this point is […]

[…] New Author Earning Report Doesn’t Explain the AAP’s Drop in eBook Revenues in January (Ink, Bits & Pixels) It does not, however, answer my questions about AAP’s Statshot report from January of declining ebook sales; it raises more questions. And to be clear, I know I have reached a different conclusion from the official Author Earnings Report, and I will explain why later in the post. *** […]