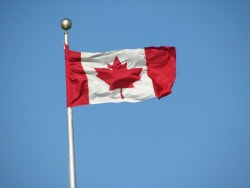 Here in the US the DOJ may have completed its investigation into the price-fixing activities of Apple and 5 major trade publishers and gone after the parties involved, but Canada is a different matter.

My contact with the Canadian Competition Bureau informed me today that its investigation into whether publishers and retailers may have conspired to raise ebook prices in Canada is ongoing and has not yet been resolved.

Rather, the investigation has expanded to include Kobo, Penguin, and Apple.

Update for clarification: Apple had previously been named as a defendant in civil suits over the price fixing. This is the first report of regulators showing an interest.

This investigation started several years ago and was expected to end early last year when four publishers (Hachette, HarperCollins, Macmillan, and Simon & Schuster) agreed to settle with the CCB. The four publishers negotiated a settlement agreement that would allow retailers to discount ebooks published by four of Canada’s largest ebook publishers; and eliminate most-favored-nation clauses in agreements between these ebook publishers and retailers (the publishers had agreed to similar terms in the US).

That settlement was derailed when Kobo filed an appeal about a month later, citing that the end of agency would kill their business. Kobo won a temporary reprieve which was only supposed to last until they could argue their case before regulators. That day in court was rescheduled a couple of times and in fact it still hasn’t happened.

While that has effective put the kibosh on the consent agreement between the 4 publishers and Canadian regulators, it did not stop the investigation.

Instead I am told that the Canadian Competition Bureau “continues to investigate alleged anti-competitive practices in the ebooks market in Canada with the objective of achieving increased competition and lower priced ebooks for consumers”.

My contact had no specifics to share as to who did what to whom, but he did note that in the 10 months since I last reported on this story the Bureau has continued to ask questions of retailers and publishers. That includes a request in January that Penguin, Kobo, and Indigo submit business records, and there was also a similar request made of Apple in February.

While the latter has not gotten any press attention (even Canadian press missed it), the former made headlines when CBC erroneously reported that Indigo was the subject of the investigation. That was not true, but I can report that Apple is the new focus of the investigation:

While the Bureau is obliged by law to conduct its investigations confidentially, I can confirm that at this time, the Bureau’s investigation is focused on Penguin, Kobo and Apple.

This of course does not mean that Apple, Kobo, or Penguin have done anything wrong, just that they are the subject of an investigation.

And in all honesty, folks, I’m not convinced that there is any wrongdoing to be uncovered. Sure, Apple conspired with 5 publishers in the US in 2010 to raise ebook prices. The Price Fix Six were caught, the publishers settled, Apple had its day in court (and lost the case as well as numerous appeals), and agency pricing has since made a comeback in the US.

That all happened, yes, but this blogger is not convinced that the conspiracy recurred in Canada. There may have been no need to conspire.

In any case, this story is ongoing and I plan to revisit it in another 6 months or so.