Libre Office is an open-source office suite available on many platforms (even Android) and capable of editing word files, presentations, spreadsheets, etc. Libre Office has been maintained by The Document Foundation ever since it was spun off of Open Office five years ago, and a new version is launching today.

According to the announcement, LibreOffice 5.0 improves on its predecessor by offering better interoperability with competing office suites MS Office and iWork. It has a significantly improved user interface, with a cleaner look and better management of the screen space. Other improvements have been added to every module of the suite, and support for Windows 64bit builds (Vista and later) has been added (or so the announcement says – I thought I was already using Libre Office on Win7 64bit). 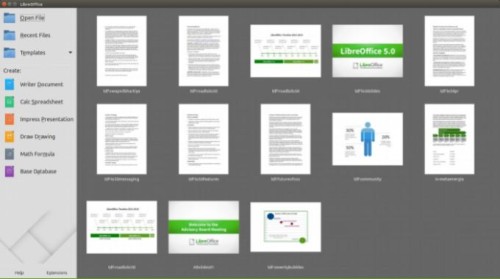 LibreOffice has come along way since it was spun off of OpenOffice.org in 2010. It’s gone through three major release cycles in that time. First they cleaned up the code, then they made it faster, and now they’ve made it smarter.

Now might be a good time to upgrade your copy (assuming you’re not in the middle of important work, of course). I just checked and I am still running Libre Office 3.6. I’ve never bothered to upgrade because it works just fine for me when I needed it.

How old is your version?