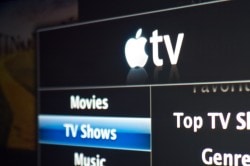 Remember a couple months back when Amazon suddenly announced that they weren’t going to carry Apple TVs or Chromecasts (nor allow marketplace sellers to do so)?

Some reports blamed Amazon and assumed it was deleting competing hardware (unlikely given that Amazon continued to sell Roku) while others blamed Apple/Google, but many of us were scratching our heads because the story just didn’t add up.

And now we may have learned why. According to a new and as yet unconfirmed report, Amazon is developing an Amazon Instant Video app for Apple’s Apple TV.

MacRumors reports that “Amazon appears to have confirmed to engineer Dan Bostonweeks that it is developing a tvOS app for Prime Video that could launch before the end of 2015”. Bostonweeks tweeted this image on Friday:

That is a very curious statement from Amazon (assuming this report is true) because as you recall  Amazon had said that they wouldn’t sell Apple TV or Chromecast hardware because those devices don’t work with Amazon’s video service.

If that is actually the real reason Amazon stopped carrying the Apple TV, then today’s news means that Amazon soon will be carrying the set top box again. On the other hand, if Amazon doesn’t start selling the Apple TV after the app is released then we’ll know that they weren’t completely honest, but were instead really trying to shut out the competition.

Which possibility is more likely, do you think?