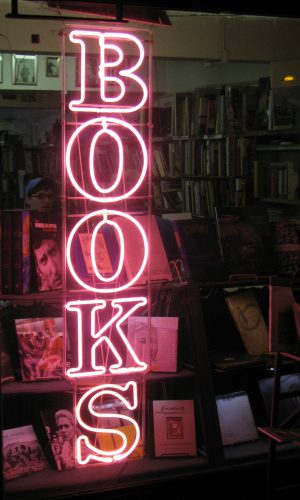 This blogger has long held the position that bookstores should go where the customers are – online. Here’s one which is doing the opposite.

321 Books is an online bookseller with an established presence on Amazon and other marketplace sites which is about to open a physical location.

A new book store with prices set at $3 or less is scheduled to open March 4 near the JCPenney store in Tyrone Square Mall’s main new concourse.

The store, called 321 Books, is projected to occupy 10,000 square feet and stock about 100,000 used books, mostly hardcover. It is 321’s first bricks-and-mortar location, the company having previously sold on Amazon.

“We are really excited to have our first store opening at Tyrone Square Mall,” company principal Tim Russell said in a press release.

“321 buys and sorts over 25,000 books per day and most of them can’t be sold on Amazon. Mostly because the books weigh too much. I think people will be shocked at the books they will be seeing in the store, they’re like new and some are over 90 percent off (manufacturer’s suggested retail price,” Russell said.

The store will be supplied by 321 Books’ warehouse, which is located in Clearwater, Florida, about 13 miles away from the mall. Coincidentally, the mall is also right across the street from a B&N location.

Which store will still be open in three years time, do you think?