The American Association of Publishers released the year end stats report for the US book market yesterday, and it looks like the US ebook market is not growing nearly as fast as it did in past years.

AAP’s stats for the overall book market showed a 6% growth in 2012 (from $6.7 billion to $7.1 billion), with most segments except hardcover reporting positive growth. Adult and religious hardcover market segments both shrank in 2012 by several percent, a sign that the more expensive editions are a luxury that consumers can do without in this tight economy.

The combined ebook market was up 41% (from $1.1 billion to $1.54 billion), with children’s ebooks showing the best growth (120%). That puts ebooks at about 21.67% of the total US book market, just under the combined paperback market segments (trade, massmarket, etc) which the AAP pegs at $1.66 billion. Though I am not sure that figure is reflective of the real paperback market; it’s not clear where YA paperbacks are factored in.

Update: The AAP is reporting that ebook market share was 22.55% in 2012. The reason my number differs is that their figure is based on stats that were edited slightly so the 22.55% reflected the same data set as collected by the AAP in earlier calendar years.

All in all, the growth rate of the US ebook market does appear to have slowed considerably. The AAP reported in early 2011 that the calendar year 2010 saw a 165% increase in ebook sales, and last year the AAP reported that 2011 ebook sales were up 117% over that of 2010 (I still have the emails).

Of course, these figures don’t necessarily reflect the entirety of the US ebook market, just the sales data reported to the AAP. As anyone who follows this topic should know the AAP figures only include data provided by 1,193 AAP members.

It is entirely possible that the growth of indie ebook sales now outpaces the rate reported by the AAP, and there is even some data to support that conclusion. Amazon, for example, reported a much higher growth rate for their ebook sales in 2012 – 70%, in fact.

And as a reader has just reminded me, B&N reported earlier this week that a quarter of sales in the Nook Store are self-published ebooks and thus not reflected in AAP figures. Apply that percent across the market and there could be quite a lot of ebook dollars that aren’t being counted by the AAP. 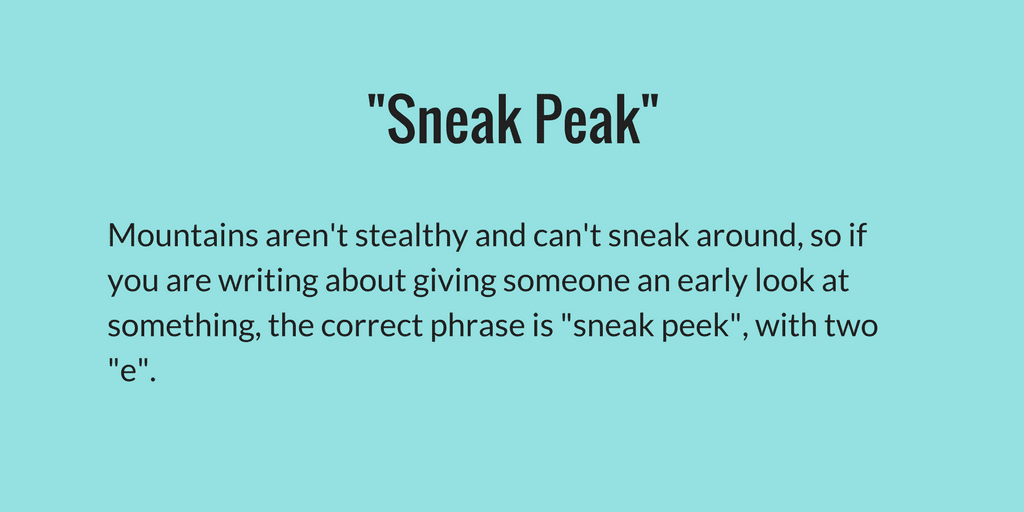 Infographic: 8 Common Phrases that You May Be Getting Wrong

Another data point you may wish to consider is that in the announcement from Barnes and Noble about their upgraded publishing platform they state that :

One quarter of sales of e books on nook is self published and thus not counted by AAP. I wonder how may other sales are missing ? Does Amazon sell less self published content then B & N ? From author comments on blogs I do not think so.

Aside from not counting self-published work – which has been revealed by B&N to be a significant chunk of the market (and I strongly suspect self-publishers market share in the Kindle Store is larger again) – it’s incredibly important to point out that the AAP are talking about *dollar amounts* rather than *unit sales*.

Given that e-books are cheaper on average than their print counterparts, I suspect that the percentage of the market for unit sales is far, far higher.

Talking in revenue terms might be important for publishers – who seek to replace lost print income with new digital income – but it’s less important for self-publishers who tend to price much cheaper.

And it’s also less important a metric when attempting to ascertain how many readers have switched to digital. Unit sales should be the guideline for that.

In terms of unit sales, then, the growth rates in 2010 and 2011 were probably lower than what AAP reported, while the growth rates in 2012 and 2013 should be higher. So perhaps the real growth rate for 2012 would be more like 45-50%, not the 41% reported (with more of an effect to come in 2013 as the remaining publishers have fallen in line and we cycle through a full year of wholesale pricing).

[…] This is for a market segment (eBooks) where some experts say a 41% increase in annual eBook sales is a “growth slowdown.” […]

[…] Kindle and while the ebook market is seeing a fair amount of adoption by consumers (an estimated 21% of book sales in US in 2012), the digital textbook market has grown at a snail's pace. It's barely been affected by the launch […]