have been circulating since at least October 2013 that Adobe was planning to release a new version of their DRM for Epub ebooks, and it looks like the rumors have come true. Adobe has released a new version of Adobe Digital Editions yesterday, and guess what?

The features page says that along with improved CSS support and better support for vertical languages (Japanese, for example), Adobe DE 3.0 also includes a new DRM which is described as now being "hardened and made more secure".

Yes, after over 4 years of quietly ignoring the fact that their DRM was hacked, Adobe finally took a step to repair the broken lock. And as part of their effort Adobe also updated Adobe Content Server 5 (there’s also a new RMSDK), thus enabling ebookstores to provide ebooks that use the new DRM and allowing app and device developers to integrate the new DRM.

Some are panicking over the news that there is new DRM, with my competition suggesting that this will drive readers into the arms of Amazon,  but I have decided to take a more realistic approach. 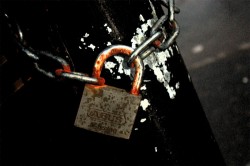 Yes, there’s a new type of DRM out there, and yes we will eventually see ebook readers and apps that support it. But for the near future the devices and apps that do not support the new DRM (and frankly, never will support the new DRM) will far out number the newer gadgetry that does. And that means that the vast body of existing ereaders and apps is going to drive the market. eBookstores will want to sell to the largest number of potential customers, so they will continue to offer the older DRM.

They already know that they’re losing customers to Amazon, Apple, and B&N, all of which have a proprietary DRM schema, so they’ll do their best to avoid losing what few customers they can get.

I can’t see an ebookstore putting up a warning message that the ebooks they sell can only be read on newer ereaders and apps, can you?

No, I think it much more likely that we will see almost no adoption of the new DRM. Instead I expect to see a repeat of the launch of the Nook store in 2009, when B&N announced their clever new DRM which no one else adopted.

Just about the only ones who will adopt the DRM will be the hackers who have probably already started working on cracking the DRM. I would put good money that the DRM will be hacked long before any reader encounters it.

Would anyone care to take that bet?

"I can’t see an ebookstore putting up a warning message that the ebooks they sell can only be read on newer ereaders and apps, can you?"

Well, no. But I can definitely see ebookstores adding the new DRM *without* including a warning that the book is guaranteed not to work in your device or app and then refusing to refund you after you paid (or only issuing refunds in geological time).

But if ever they do that then consumers are going to be quickly informed and then will certainly stop to buy e books from them. So it wouldn’t be too clever would it?

Hopefully Adobe won’t try and do like they did when Content Server 3 was replaced by version 4. Unless you knew about the 9 month window (March ’09 – Dec ’09) to migrate books with CS3 encryption or have an old machine with an already activated copy of Acrobat or Acrobat Reader 6 or 7 you’re out of luck to access that content any more.
http://web.archive.org/web/20100524173407/http://www.adobe.com/products/contentserver/migrate.html

Will they pull the same thing with CS4 to CS5? At first one would think not. There are many more books out there with CS4 encryption than there ever were with CS3 and the entire market is pretty different/larger than it was back then, but Adobe often takes an our way or nothing approach too, so who knows.

BN’s DRM is *not* proprietary. While they are the only major store that uses it, the schema has been made widely available upon NDA request (why many third party reading apps can read BN ebooks) and is completely compatible with ADEPT EPUB.

That is not what I was told a few weeks ago.

Mike Caine is not a reputable source.

Regardless, the fact that third-party apps like Aldiko can open BN ebooks natively flat-out proves that the DRM schema isn’t proprietary.

The more important question is how many ebookstores support that particular flavor of DRM? The Nook Store and … ?

If you can’t add any names to that list then it is accurate to describe it as Nook’s proprietary DRM. Sure, other apps can work with it but no other retailer uses it.

Proprietary doesn’t mean "no one else uses it".

Proprietary has a very specific meaning. A proprietary DRM means that that company and only that company uses the schema *because the company refuses to allow anyone else use it*. BN is happy to make their DRM interoperable with other ADEPT systems.

Amazon is an example of a proprietary DRM – only Amazon has access to the schema, *and* they refuse to license it to any third-party. Same with Apple. BN, not so much.

Amazon has proprietary APIs (lots of tech companies do) and you can use those APIs to interact with Amazon’s systems. Based on your argument, they’re not proprietary.

Sure, you can argue that B&N intended to have other ebookstores use this DRM (I’m not so sure anymore), but at the end of the day they’re still the only company that does.

Ah, proprietary.
That word doesn’t mean what many people think it does.
All it means is somebody owns it and controls it.
MP3, proprietary. Ask the Fraunhofer institute.
MPEG? The LA group.
Fat32? Microsoft. 🙂

All DRM systems are proprietary.
EReader DRM? B&N property. Licensed to Adobe who license it to others but B&N still owns it. They’d better; they paid decent cash to buy it.
ADEPT? As this news makes clear, it is Adobe property. They charge for its use and decide what is and isn’t ADEPT.
FAIRPLAY? Proprietary.
MARLIN? Proprietary.
CSS? Proprietary.
Pretty much anything useful is somebody’s property.
There is nothing derogatory in calling something proprietary. No need to be defensive about it.

Yes, I think the fact it’s controlled by B&N could explain why no ebookstore uses it (so far as I know).

Adobe’s timing is amusing, given this morning’s link to this:
http://www.digitalbookworld.com/2014/ebook-buyers-are-loyal-to-specific-retailers-especially-kindle-ibooks-and-nook-new-data-show/

Generic ADEPT ebookstores command at most 10% of the US market but most of that is Kobo, who have their own proprietary DRM. Adobe’s true clients command well under 5% of ebook sales (and a good chunk of it is DRM free) so it is pretty much irrelevant whether they adopt the new DRM or not.

The interesting question is *why* Adobe thinks a "hardened" is needed by *them*.
And the answer is… TOR… BAEN… ORBIT…
TOR went DRM free and saw no increase in piracy.
Which is a verifiable way of saying ebook DRM is useless, a placebo. An expensive placebo.
So, if Adobe wants to keep on charging the ADEPT tax they need a new flavor of placebo.
Which suggests they think the BPHs may be close to dumping DRM altogether.

It may work, in the end. As far as I can remember, you cannot download Adobe ebooks directly from the seller. On the seller website, you get a custom link to a text file allowing you to download it from their DRM server thingy. So they could provide users with a legacy mode for old readers, and a brand new one reinforced for your newly registered device.
In a way, that would be similar to how Amazon manages to be compatible with AZW3 enabled E-Ink readers by sending AZW3 files, and with oldish mobi only readers.
The final step, to promote their brand new DRM, would be to give incentives to reader makers to upgrade their old readers to the new DRM scheme.

Libraries who use OverDrive.

In fact, if you go to the Free Library of Philly website RIGHT NOW, and follow their interactive help for WIn Desktops, you are instructed to download version 3 of ADE.

My local public library provides ebooks using Overdrive. They have a link for patrons to install the software needed to download ebooks onto their home computers and dedicated ebook readers.

Last week that link installed Adobe Digital Editions 2. (My computer crashed and I had to reinstall everything, so I am certain that I got ADE 2 last week.) I just checked, and today it will install ADE 3.

I just borrowed a book from the library to see what would happen. The download worked as before. I was NOT asked to upgrader to ADE 3.

What the future may bring, who can say.

Chances are OverDrive has not upgraded their servers.

So one answer is that the publishers who insist libraries pay 300% of retail or severely limit number of circulations are very much interested in Adobe’s content protection upgrades.

I knew it was a long time, but didn’t realize it was that long. Wow.

[…] Adobe debuted their new Epub DRM last week some predicted that the new DRM would soon cause compatibility problems, resulting in ebooks which […]

My ereader (Onyx Boox) will not read ebooks with the new DRM, so I will not switch over to ADE 3.0. And it still functions well and doesn’t have any sign of being at the end of its life. Would this ever be obligatory in the future and the device still works then I will have to stop buying DRM’ed epubs until the scheme has been cracked.

By the way, my ereader does read Nook books, because B&N’s DRM is part of the ADE SDK in the reader.

[…] (RMSDK 10), designed to encrypt their Adobe Digital Editions and Adobe Content Server platforms was launched back in January. This was part of a comprehensive upgrade plan to improve security within ePub format and […]