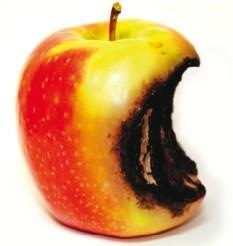 That’s what I’ve heard through back channels. But I think the why is more important.

A software developer who used to work for Kobo has been causing a stir the past few days. He’s blogged this about Apple:

Their in-app purchasing system only allows 3000 or 3500 distinct items to be in your catalog (depending who you talk to). Kobo and Amazon each have around 2.5 million titles. Judging by the title of Kobo’s app, 1.8 million are public domain (or otherwise free), so some 700’000 are paid titles, which they are under obligation to the content owners to make available for sale to all their users.

Last night I got confirmation that he is correct. Apple’s in-app system can’t handle more than 3,000 items. This means that it simply won’t be possible for any of the ebookstores to use it.

I already knew they wouldn’t; they can’t afford it. But now we know it’s impossible. So what is Apple trying to accomplish here?

I’ve no clue, but I do know a couple other details. For example, this new rule about in-app purchases was only added to the developer agreement in September 2010. I’ve seen notes from a conversation with an Apple rep  that clearly indicated that out of app purchase was fine and that there was no requirement to have in-app purchases. This conversation took place in October, and it wasn’t until January that Apple changed the interpretation of the developer agreement. One of my sources also said that Apple changed the rule literally over night. Apple went from being friendly in late December to actively hostile in January. Another reported getting an app approved (under the old rule) as late as 20 December.

No one understands it (and that includes the big boys). At this point everyone is resigned to the fact that Apple will pull the apps come June.  Amazon, B&N, and Kobo are stuck.

And yes, I have off the record confirmation that they’re going to let Apple pull the apps. What else can they do?

One final note: What’s even worse is that this new rule will probably drive a number of smaller iOS devs out of business. A number of the smaller developers survive on making apps for the smaller ebookstores and other content providers. Those ebookstores can’t afford to pay Apple’s vig, so they won’t be hiring anyone to make an app.

Library of Congress Expands Its Collection of Open Access eBooks 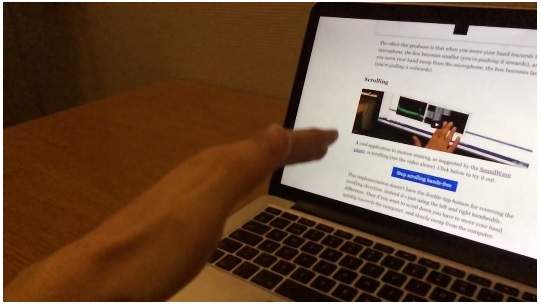 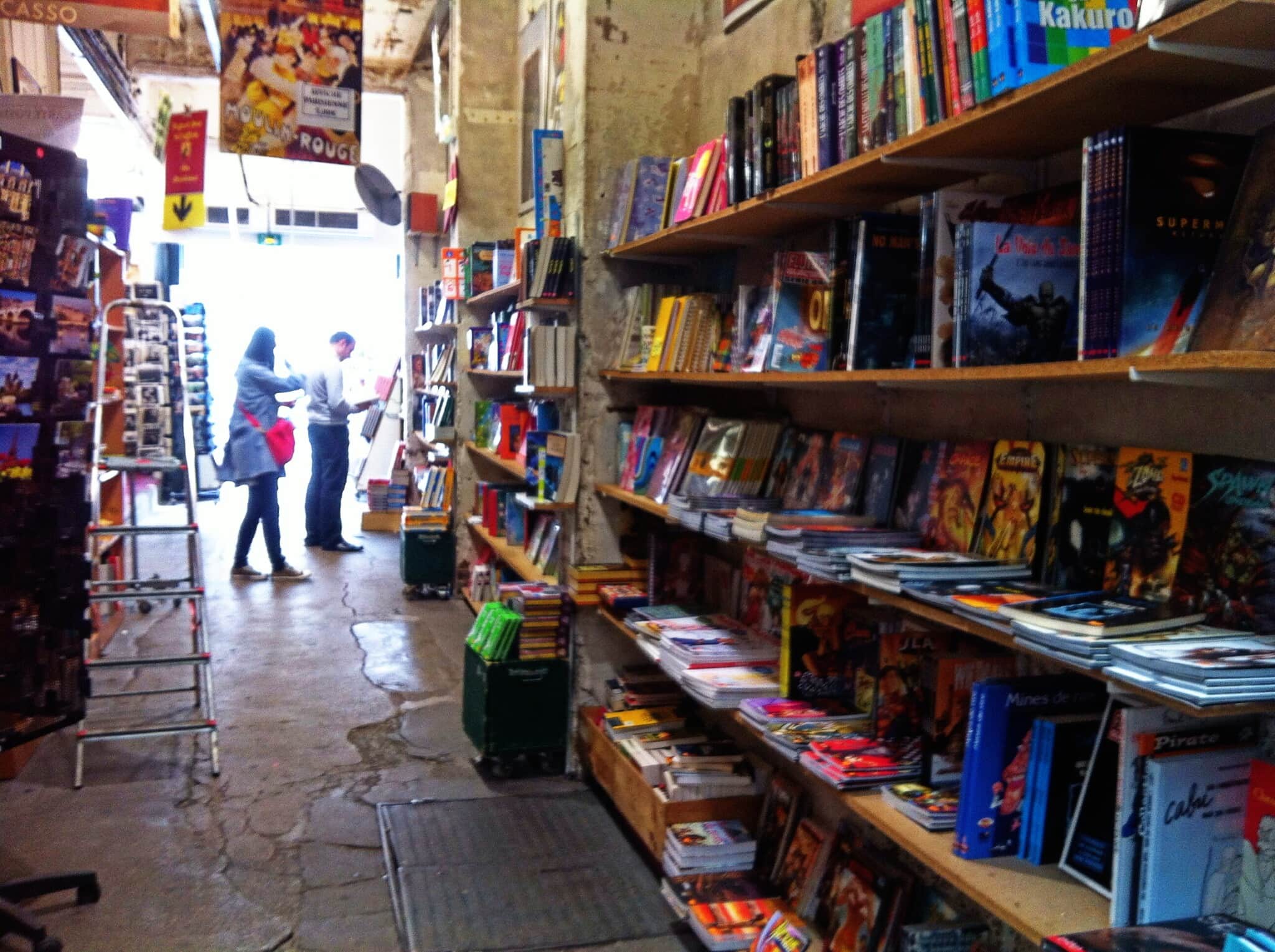 Bluefire is already looking for a new business reselling Adobe ADEPT services. They’ll probably migrate their iOS business to Android, WP7, and Blackberry since their reader app is so well regarded.
TXTR is already on Android though the thing is well-nigh impossible to get without going through Google and not that well-regarded anyway.

Stanza? Not sure if Amazon would want it ported or they’ll just close up shop.

Which brings up the matter of OPDS; since implementing OPDS allows access to externally purchased content (and can even be used to buy content) the clear implication is OPDS is forbidden in iOS-land.

Looks like this is one walled garden that is getting a moat and a minefield around the wall.

Bluefire for BlackBerry would be a wet dream come true…

C’mon. Why all the Apple bashing? What you are seeing today is exactly what you have seen since Steve Jobs took over Apple. Did you forget when he closed down other computer makers from using the Mac OS because they were undercutting Apple with better quality computers at lower prices?

Why the Apple bashing when all Jobs is doing is using Bezos’s strategy: wall in the garden as tightly and firmly as possible — the world be damned.

The advantage of Android is that Google’s strategy is to make the entire world their garden. Not without it’s downsides, but the lesser of two evils.

I wouldn’t necessarily call them better computers. I had one of them back in the late 90s but it was far cheaper.

Steve Jobs "Gentlemen, how can we make iOS even more Kafkaesque?"

How does this effect Amazon and Kobo apps which don’t use in app purchasing. To buy content, you exit the app and a Safari browser window opens where you can make your purchase through the internet. Kobo allow browsing the store in app but as soon as you hit "buy" out to Safari browser you go. Can’t comment on B&N nook app as not available in my countries iTunes store. This could effect comic book apps which do use in app purchasing. Is the 3000 limit applied to any app with content in it regardless of where you got it? Can I only have 3000 items in my dropbox app?

Everyone is going to have to offer in-app sales if they are currently selling outside the app. Apple are forcing them to do this.

They have also set it up so they in-app option won’t work for any of the large ebookstores.

Nook works the same way, they all do.

Apple has evidently decided to forcibly eject any and all apps that could be in competition to it in digital content, as well as to extract a toll on anybody else coming through. There is though some collateral damage…

From a business point of view it makes sense. We have already seen in the ereader wars how those who control device plus platform are in the ascendancy against the hardware only manufacturers. Very likely the same will happen in tablets.

Unpacking the logic in ebooks goes something like is. The main reason iBooks is such an underachiever is its lack of content. A large part of this is the absence of Random House. That publisher will never be enticed while iBook sales are pitiful. They will remain pitiful in the absense of Random House.

It’s Catch-22. One way to break out is to kneecap the opposition. Better stocked ebookstores – on your own platform – from direct competitors to yourself in digital, and soon hardware?

With both Amazon and Sony coming out with tablets you have to wonder whether the long term future is several digital islands in a sea of
piracy.

How is iBookstore handled, then. You use in-app purchases and there are more than 3 000 titles in the store.

Obviously Apple has a different API for iBooks that they won’t share.

Ditto for iTunes.
In iOS-land there are two sets of rules; one for Apple and one for everybody else.
And yes, that is *exactly* as Apple has always operated. It’s really no news when you get down to it.
Scorpions will always be scorpions, you deal with them at your own risk.

Apple have the choice:
A. To have a cut from 800k books from Kindle (and others)
B. To have a cut from 80k books from iBookstore
I don’t think everybody will start to buy books via iBooks when there is no other option.
I don’t think iBookstore will ever have 800k books on offer.
I think Apple is aware of that.
Plus the whole fight is about "buy book" button at the end of free samples, so it’s not about storing items for in-app purchase, but more about processing a transaction.
http://www.passwordincorrect.com/2011/02/04/apple-vs-amazon-in-app-purchase-battle-what%e2%80%99s-this-all-about/

[…] Digital Reader says it’s received off-the-record confirmation that all three major ebook sellers expect Apple to remove their apps from the iOS app store in June. Even if they wanted to (or could afford to) comply with […]

Bluefire will do fine. This move does make the iOS platform less attractive to many trade retailers, but our business strategy is mult-platform, and iOS is still an attractive platform for publishers that sell direct, e.g. professional content. And it is worth noting that we have a long history in web app dev and have a few cards left to play. My main concern about this move is for book lovers that bought an iOS device that may now find themselves with less choices on where to buy and how to read. Also sad to think how this will have a chilling effect on innovation in terms of reading system features and user experiences.

[…] over 30 percent of in-app sales to Apple.  Additionally,  Apple caps the number of items (via The Digital Reader) that can be offered for sale through an app to 3,000.  Unless changed, […]

I figured I’d be upfront with my bias. That said, HP webOS showed off a Kindle App on their new Touchpad. Looks like the Touchpad will be released around the June time frame that Apple pulls the apps.

[…] -B&N is on a roll in the ebook market! First, they’re up to a 25% marketshare, which is huge if you consider that B&N entered the ebook market in November of 2009 with the Nook! From 0% to 25% in 16 months is really impressive, especially when you consider the corpse of Borders’ ebook strategy rotting in the corner…Plus, B&N has committed to releasing a NOOK for Android tablets, complete with all the tablet-y eye candy. Now Honeycomb can have 17 apps! […]

Kobo and the other apps can simply remove in-app purchases to stay alive in the app store, wouldn’t that work? Essentially they are doing this now as it was pointed out earlier (Kobo launches Safari to take the user to their site to purchase the book). Remove the ability to buy the book from a preview, require the user to open safari (or any web browser from a PC or Mac) and buy the books directly from their website.

When the user opens the eReader app, it will sync with the eReader servers and refresh/download the books that were purchased from their website (much like cloud storage and Dropbox functionality). Wouldn’t this work?

[…] -B&N is on a roll in the ebook market! First, they’re up to a 25% marketshare, which is huge if you consider that B&N entered the ebook market in November of 2009 with the Nook! From 0% to 25% in 16 months is really impressive, especially when you consider the corpse of Borders’ ebook strategy rotting in the corner…Plus, B&N has committed to releasing a NOOK for Android tablets, complete with all the tablet-y eye candy. Now Honeycomb can have 17 apps! […]