They’re expanding Kindle Worlds beyond fanfic, and in addition to signing Blake Crouch and Barry Eisler they have also signed 2 other well-known authors and a publisher of graphic novels.

The publisher in question is Valiant, and they have licensed a number of series to Amazon including Bloodshot, X-O Manowar, Archer & Armstrong, Harbinger, and Shadowman. The press release say they’re planning to add more later.

Amazon Publishing has also signed new licensing deals with Hugh Howey and Neal Stephenson.  AP is looking to writers to contribute stories set in Howey’s Silo Saga and in Stephenson’s Foreworld Saga. (Are you familiar with a book called The Mongoliad? That’s the Foreworld Saga.) And of course I introduced Blake Crouch and Barry Eisler last week (two successful authors, with multiple bestselling novels and a tv series and a movie between them).

There’s not much in the press release today that I didn’t already report last week, but some of the half-truths are rather interesting. Amazon is trying to spin Kindle Worlds as an open program, when in reality it is closer to being one of their publishing imprints. For example:

Kindle Worlds is the first commercial publishing platform that will enable any writer to create fan fiction based on a range of original stories and characters and earn royalties for doing so.

Yeah, that’s only half true. While any writer can create stories, they’ll only be paid if the story is accepted.

When Kindle Worlds was announced a few weeks ago, I took the position that Amazon had legitimized fanfic. One of my readers took an opposing view, and I think it’s worth repeating:

I draw a major distinction between what Amazon is doing and fanfiction. Fanfic is by definition not approved by the creators, it’s fiction in the same universe written by fans. What Amazon is offering is for self-published authors to submit their fanfiction to be approved by the rights holders and then be published – the exact same process that normal licenced works go through. Authors have always been able to do so without Amazon’s involvement, all they needed to do was contact the publisher or rights holder with their pitch (manuscript) and get approval.

If Amazon had a blanket licence that allowed anyone to publish in-universe fiction and make money off of it this would be different. But as it is this is simply another publisher getting into licensed works.

I don’t usually agree with flyingtoastr, but in this case I think he is right. That approval step changes this from being a fanfic free-for-all to simply being yet another licensing deal. Rather than bypass existing publishers and enable more writers to be paid, Amazon is setting themselves up to be a publisher.

Edit: If you need more proof, go check out the Kindle Worlds page on Amazon.com. It has been updated to include quotes from 10 writers who are contributing to one KW property or another. Guess what? All have at least one novel under their belt, putting them a step above your average fanfic writer.

Of course, we probably should have figured that out from the very beginning. Kindle Worlds was built out of Amazon Publishing, not KDP, and that should have suggested that Amazon was thinking like a publisher, not a distributor.

Amazon Brings Disintermediation to the Tie-in Industry  | The Digital Reader

Q&A With Philip Patrick, Head of Kindle Worlds | The Heart of the Matter 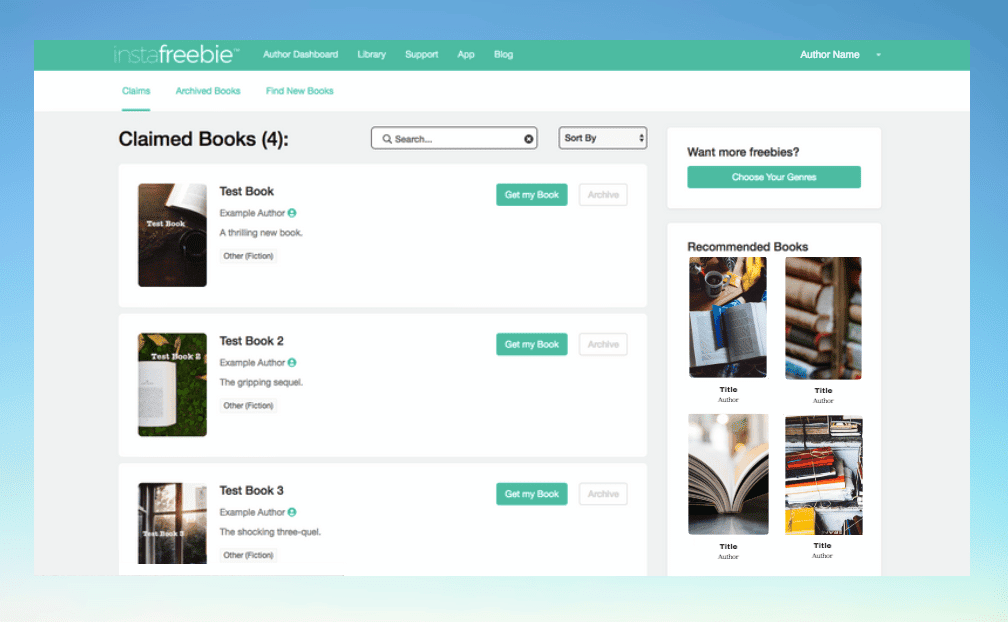 Instafreebie to Rebrand as Prolific Works

Fun With Statistics: More People Browse the Web from an iPad 2 Than From Samsung Tablets

Curated fiction by no-name writers based on unknown works by random friends of Joe Konrath. Sounds like a winner.

Go read the other post. Blake Crouch and Barry Eisler are bigger names than you might think. I was surprised at their stature.

They both write good books, they’ve both sold lots of copies, and they’ve both done deals with Amazon Publishing before. Kinda makes sense that they’d be involved in this.

Barry Eisler’s the guy who walked away from a $500K two-book offer in favor of self-publishing a while back. It wasn’t because he was a no-name author.

Maybe it’s just me, but I recall reading that submissions would have to be approved in the first press release about this. So this isn’t really any sort of change except that they added a few more licensees.

One new detail is that we now know the caliber of writers allowed into KW. They’re all established writers. That renders the original focus on fanfic as being nothing more than misdirection.

I really don’t understand your definition of "caliber of writers" here. In the other article you mention that Eisler and Crouch open their worlds for fan fiction, not write them – so this should be considered a licensing deal: "Blake Crouch and Barry Eisler aren’t going to be writing the fanfic set in other people’s universes; instead they will be inviting other writers to contribute stories set in worlds they have created." So, why are you now implying the fan fiction thing to be just a misdirection by Amazon? (Honest question.)

At the end of the post I mention the authors that have been accepted to write in the licensed worlds. All have at least one book and many have multiple novels under their belt.

Fanfic writers they are not.

Though perhaps unrelated, I was looking at something today that made me think of Amazon’s process. The low price of an ebook–it’s a license, isn’t it?; it’s not a book they sell us. Sorta like a ticket to a film.

So that suggests Amazon is INto licensing. They are the facilitator, managing content. They have no attachment to the outcome of each writer.

Just like a lot of trad publishers appear to be (?)

So it follows that the word 'fanfic' was just invented at Amazon. They’re looking for fanfic READERS to read Amazon published fanfic. Amazon heard fanfic has an enormous untapped fanbase, right?

A license to print money, no?

Did you see the Q&A was posted today? http://barryeisler.blogspot.com/2013/06/q-with-philip-patrick-head-of-kindle.html

I posted about this too…not a fan of the use of "exclusive" and "for the term of copyright." IOW lifetime plus 70 years. It’s essentially work for hire, only with no payment guarantee. Not for me, thanks.

Finally! I was wondering when that would be out.

[…] Kindle Worlds (no link) even if they graciously allow it. Nate Hoffelder at The Digital Reader has debunked the notion that Kindle Worlds is about fanfic to begin with. And Barry Eisler, whom I admire (okay […]