Before the advent of digital reading, writers often had to choose between making their work short enough for a magazine article or long enough to deliver the "heft" required for book marketing and distribution. Three months ago, Amazon made a call to serious writers, thinkers, scientists, business leaders, historians, politicians and publishers to join Kindle in making a new kind of content available to readers–Kindle Singles. Typically between 5,000 and 30,000 words, each Kindle Single is intended to allow a single killer idea — well researched, well argued and well illustrated — to be expressed at its natural length. Today, Amazon is introducing the first set of Kindle Singles to the Kindle Store (www.amazon.com/kindlesingles).

"The response to our announcement of Singles has been great," said Russ Grandinetti, Vice President of Kindle Content. "This first set of Singles was selected by our team of editors, and includes works by Rich Cohen, Darin Strauss, Ian Ayres, and the first-ever books published by TED. We think customers will be riveted by these stories that can take them to a Swedish bank heist or to the Mexican border town of Juarez, or to consider a new way to think about happiness."

The new Kindle Singles section of the Kindle Store is now available at www.amazon.com/kindlesingles. Available to both Kindle device and app users, and priced between $0.99 and $4.99, the first set of Kindle Singles include original reporting, essays, memoirs and fiction. Amazon plans to frequently launch many more Kindle Singles over time.

"Lifted" by Evan Ratliff (34 pages, $1.99): The thieves had a handpicked crew, a stolen helicopter, a cache of explosives, and a plan to rob a $150 million cash repository. The Stockholm police had a tip-off. Wired and New Yorker writer Evan Ratliff recounts the inside story of an audacious 2009 bank heist, and the race to solve it. This is an inaugural title from publisher The Atavist.
"The Happiness Manifesto" by Nic Marks (40 pages, $2.99): Modern research proves the ancient wisdom that "money can’t buy you happiness." But then why do our governments see their main task as simply growing GDP? Marks, founder of the London-based Centre for Well-Being, sets out an ingenious new way of defining national goals–and in the process reveals five ways people can nurture their own happiness. One of the inaugural TEDBooks.
"Piano Demon" by Brendan I. Koerner (37 pages, $1.99): At age six, Teddy Weatherford was working in a Virginia coal mine. Two decades later, he was the jazz king of Asia. Koerner, a Wired contributing editor and author of "Now The Hell Will Start," tells how a piano legend in a sharkskin suit lived the American Dream by leaving it behind.
"Leaving Home" by Jodi Picoult (43 pages, $2.99): The deep pains and powerful pleasures of parenting: those are the extremes explored here by the extraordinary novelist Jodi Picoult. In three short pieces that display her wide emotional range, Picoult weaves together stories of love and loss with heartbreaking simplicity.
"The Dead Women of Juarez" by Robert Andrew Powell (31 pages, $1.99): It sounded like one of the great murder mysteries of our time: who was killing the women of Juarez? Journalist Robert Andrew Powell went to the Mexican border town to investigate, and separates fact from myth in a saga that eerily echoes the plot of Roberto Bolaño’s epic novel "2666".
"Pakistan and the Mumbai Attacks" by Sebastian Rotella/ProPublica (38 pages, $.99): The U.S. investigation of the 2008 terrorist attack on Mumbai provides a detailed picture of the ties between Pakistan’s intelligence service and a leading militant group. The latest reporting from ProPublica, the Pulitzer Prize-winning investigative newsroom.
"The $500 Diet" by Ian Ayres (39 pages, $2.99): When Yale law professor Ayres vowed to drop his weight from 205 pounds to 180 pounds, he put his money where his mouth was — literally. It was either lose the weight, or pay the price. A look into Ayres' weight-loss method through simple financial incentive.
"Darkstar" by Christopher R. Howard (44 pages, $2.99): A pre-apocalyptic love story. Sailor, a homeless Irish teenager who’s haunted by a diabolical voice, seeks to reunite with a soulmate he hasn’t seen since boyhood, as a cosmic event threatens to extinguish life on Earth. Howard’s fiction has appeared in McSweeney’s, and his first novel, "Tea of Ulaanbaatar," comes out this May.
"Homo Evolutis" by Juan Enriquez and Steve Gullans (58 pages, $2.99): Enriquez and Gullans–two eminent authors, researchers, and entrepreneurs–explore a world where humans increasingly shape their environment, their own selves and other species. They envision a future in which humankind becomes a new species — one which directly and deliberately controls its own evolution and that of many other species. One of the inaugural TEDBooks.
"Kindles Singles has given me the freedom to write a piece that doesn’t need to be cut for a magazine article or expanded for a book," said Ayres. "It lets me more quickly and directly speak to the reader unhindered by page numbers or ad space. And I love the reach of the Kindle platform. Nowadays just about anyone can read a Kindle book on their phone or their laptop, or, of course, just on a Kindle."

Like all Kindle books, these books are "Buy Once, Read Everywhere"–Kindle customers can purchase these books and read them on the $139 third-generation Kindle device with new high-contrast Pearl e-Ink, on iPads, iPod touches, iPhones, Macs, PCs, BlackBerrys, Windows Phones and Android-based devices. Amazon’s Whispersync technology syncs your place across devices, so you can pick up where you left off. In addition, with the Kindle Worry-Free Archive, Kindle Singles will be automatically backed up online in your Kindle library on Amazon where they can be re-downloaded wirelessly for free, anytime. 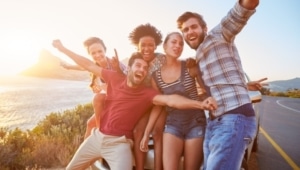 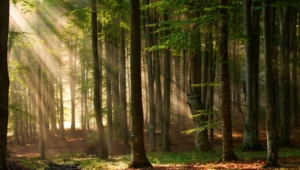 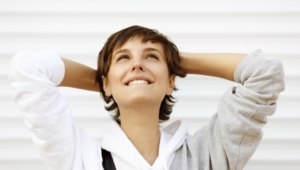