Not one to close the barn door after the horse has left, Amazon has sent out a press release this morning announcing the launch of Kindle Unlimited.

With Kindle Unlimited, readers can read as much as they want (but can only have 10 titles at a time) on their Kindle or Kindle app, all for a low price of $10 a month (with a 30 day free trial). I have reports that the service is currently limited to only US customers, but I also have a report which says that will change later this year.

As I reported when I broke the story 2 days ago, Kindle Unlimited offers readers access to a catalog of over 600,000 titles, including (according to Amazon) over 2,000 audiobooks. Curiously, I can see a count for 7,300 audiobook titles on the Kindle Unlimited page, so that might be a goof on their part.

In addition to the unlimited reading and listening, Kindle Unlimited is also bundled with a complimentary three-month Audible membership. Audible has a catalog of over 150,000 professionally narrated audiobook titles.

That catalog of 600,000 titles seems to mostly consist of indie titles distributed through KDP Select and titles published by Amazon, leavened with a number of titles from a few medium and large publishers, including Wiley, Scholastic, HMH, Open Road, Workman, WW Norton, and Bloomsbury.

As I reported on Wednesday, I can’t find any titles from HarperCollins or Simon & Schuster (nor are there any titles from the other major US trade publishers). Both S&S and HC have deals with Oyster and Scribd, Kindle Unlimited’s leading competitors, so I expected them to also have deals in place by the time KU went live.

I am still looking for books from those publishers, and I will update this post if they are found.

For now, here is the promo video from Amazon:

To be honest, I was expecting a global launch on day one, so perhaps that future expansion date was the original planned launch date which was bumped when Kindle Unlimited leaked earlier this week.

So will you sign up (when the service is available to you)?

I don’t plan to commit to Kindle Unlimited today, but that doesn’t mean that won’t change in the future. Right now it seems KU consists of mostly the same titles I can already access for free as part of the Kindle Owner’s Lending Library, one of the fringe benefits of my Amazon prime membership. Admittedly, I can only use a single title each month and I am limited to Kindle hardware, but the selection in KOLL is not appealing. Most months I don’t even use the one free title, so I don’t think I will be interested in spending $10 a month to get unlimited access. 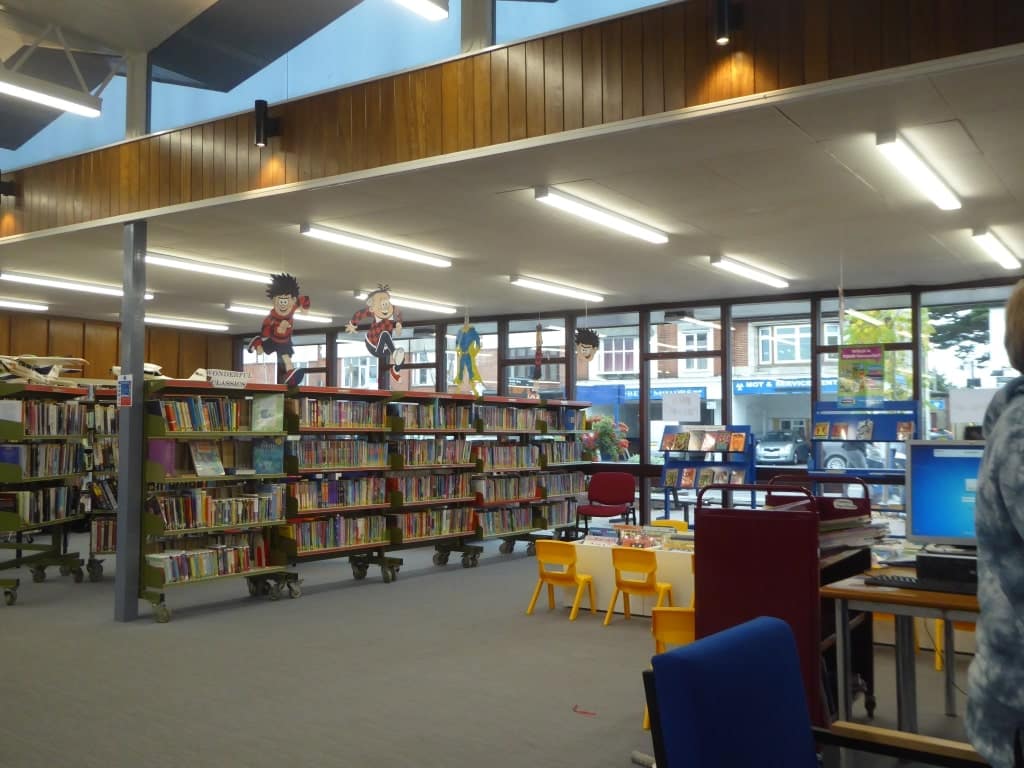 OverDrive to "Acquire" Part of RBmedia

Lack of Big 5 support means it’s currently pretty worthless to most of the population.

I’m willing to bet Amazon "winds down" the Lending Library now too. Too much overlap and why give away for free what you can bilk an extra $120 a year for.

KOLL doesn’t cost Amazon that much compared to the $50 billion a year Amazon earns in the 3 markets, so i don’t think they’ll kill it. And killing it would go against the idea of Prime as a membership program.

Or it will hurt the big 5. They will need bigger margins to survive.

$10/month to read ANY book found on Amazon’s Kindle is a great deal. Unfortunately, this sounds like $10/month to read all the indie’s I have never heard of, bundled with the inability to read any of the books I want to. If it opens up to be truly unlimited, I’ll certainly sign up .

If at least one major publisher signed up, I might consider it. But as it stands, no.

Yeah, and Scribd and Oyster both already have a pretty nice selection of big publisher titles.

As long as I have access to public libraries with good audiobook and ebook content, I see no need to pay for a monthly library subscription.

Not directly, no.
Your taxes are paying for those library books so you might as well get your money’s worth.

And a big reason self-published titles should not be tucked away from the main landing search page librarians use to find titles.

My local librarian here in Austin can’t even find my titles listed.

Exactly! and since I belong to multiple libraries, I more than get my money’s worth.

Only gonna get better, I believe : http://blogs.overdrive.com/in-the-news/

Are the books in the advertisement not in the service? i.e. "Life of Pi", "Lord of the Ring", "Endless Love", Harry Potter

A third of Kindle ebook sales are indies so big5 support is no longer make or break to new initiatives. Matchbook and immersion reading have gone on without the bulk of the (no longer so) big 5. It’ll be more interesting to see which, if any, of the mid-sizers jump in than the openly hostile BPHs.
Customers? I expect they’ll find plenty of takers, though obviously none from the epub crowd or Hachette supporters.

If Nate is right and october was the planned date, it makes sense they’d still be negotiating with the BPHs. One side effect of the early launch is they can collect more usage data to bolster their story to the BPHs.

There’s tons of data already available via Scribd and Oyster. And BPHs are already heavy into libraries, so they have all that also.

It’s of course in indies' best interests if BPHs don’t agree to any kind of encompassing exclusivity, and continues to offer (an increasing number of) titles via Scribd and Oyster.

Libraries carry the new titles, but are charge HUGE fees for very limited loaning, then have to "re" lease the titles (like after 16 reads, etc).

I’m waiting to see if any of the major publishers sign on but expect that they will since some have already signed on with Scribd (Harper Collins and Rosetta, for example) and I think with Oyster as well.

I like the unlimited feature, no return dates, cross-platform support, and the included audio books but if they don’t offer a good selection of books I’m actually interested in reading, there’s no point to it for me.

It is not all indie books. According to the email Amazon sent me, the only KDP books the new service offers are KDP Select books, which means they have to be for sale ONLY in Kindle stores. (as ebooks, anyway). I wish Amazon would stop trying to force exclusivity down my throat! The KOLL is the same way.

Does anyone have any numbers on what percentage of KDP books are in KDP Select?

Since I’ve found I like some of the books from the Amazon imprints, I’ve got enough to read, at least for a few months. Since I love bargains and gaming systems, I figure $20 for three months (including my free trial month) of Amazon imprints plus 3 credits at Audible is a pretty good deal. I’m still working on my free year of Scribd for being a Smashwords author, so I don’t have to worry for a while about double paying for subscription services. By the time my three months are up, I’ll have a better idea of how much I use it.

🙂 My thinking exactly Juli. Good to see you here also (first saw you on that monster KB thread).

Plus, if/when I compare Scribd & Oyster to KU, I want to say from first hand knowledge, just as I have re Scribd and Oyster themselves.

I was offered a free year of Scribd (because I’m a famous blogger). I turned them down. At the time I didn’t want to give up my existing Scribd account, but later I realized oh yeah editorial independence.

Re audiobooks, the 2000 number is the number of audiobooks that are part of KU (and paired with ebooks). 7300 is the number of titles that support Whispersync for Voice, and that includes the 2000 as a subset. But you’d have to purchase the audiobook (sometimes at a discount) for the other 5300.

You can choose to only download the audiobook (after borrowing the ebook), say, with an Audible app, but as 'narration' it is more powerful because you also can reference the text, search, xray etc.

While the bulk of the titles are in KOLL, and most of those are as you say 'unappealing' , I think there are enough additions to make it interesting. It seems many 'For Dummies..' books are there for example, and a few best sellers even. And while people read those they can work on lining up a tradpub or two.

Not sure about Oyster.

If they allow books to be downloaded in Kindle, theoretically, I can subscribe for one month, download ten books, and read them over the next six months. Right?

No. When you cancel your subscription, the books are wiped off your devices.

With me being a budget, I like the idea of Kindle Unlimited even though most books I read now days is indie authors, due to the price, even though I did notice it about 20 dollars more than amazon prime is for the year so I guess I need to dig in to a bit more, but for someone that just wanting books it a great way to be able to save and read a book with out the up front cost of 100 dollars a year to do about the same, or paying a 5 dollars or more a book to read.

Please Nate,
I would like to know if you have to jailbreak the Kindle Paperwhite 2 upgrade 5.4.3.2 I would love to have a screen saver with the cover of the book I’m reading. How can I do this? thank you.

[…] At last report, Amazon said that there were over 500,000 titles in KDP Select. That body of work makes up most of the catalog of Kindle Owner’s Lending Library and for Kindle Unlimited, the ebook subscription service which Amazon launched in July 2014. […]

[…] I reported when Kindle Unlimited launched in July, there was a report coming from a French publisher via the French media blog Actualitte that Kindle […]

Kindle Unlimited Now Slightly More So, Launches in the UK – The Digital Reader September 24, 2014 um 8:36 am

[…] this post in May 2015, Kindle Unlimited is just about to turn 10 months old. KU (inadvertently) launched in July 2014, and its competitors Oyster and Scribd launched in October […]

[…] Originally launched under the name Amazon Prime eBooks in late 2011, the Kindle Owner’s Lending Library was Amazon’s first foray into ebook subscriptions. It was only available to Amazon Prime members in the US, but it was popular enough that it convinced Amazon to launch Kindle Unlimited not quite three years later. […]