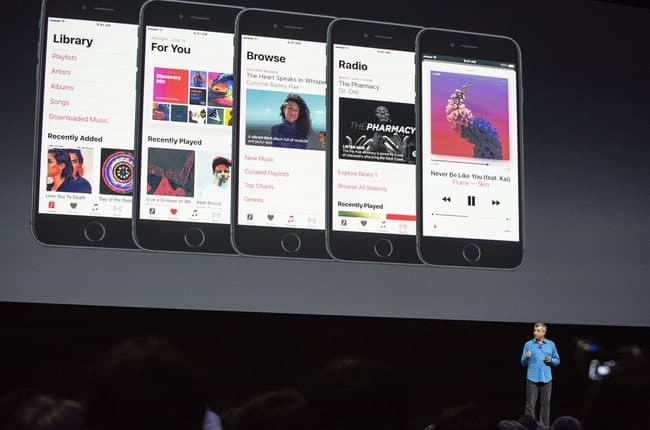 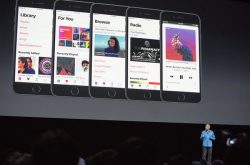 There’s an article up on Billboard where Trent Reznor says that Youtube is built on stolen content.

Billboard interviewed him on Monday at WWDC, alongside Eddy Cue, Jimmy Iovine, and Robert Kondrk, and when Reznor was asked about Youtube he said:

Personally, I find YouTube’s business to be very disingenuous. It is built on the backs of free, stolen content and that’s how they got that big. I think any free-tiered service is not fair. It’s making their numbers and getting them a big IPO and it is built on the back of my work and that of my peers. That’s how I feel about it. Strongly. We’re trying to build a platform that provides an alternative — where you can get paid and an artist can control where their [content] goes.

According to Wikipedia (and Billboard), Trent Reznor was the "chief creative officer" at Beats before it was bought by Apple. He currently has the same job at Apple Music, although after this interview there’s no guarantee he will hold the job for much longer.

Later in the interview he tries to cover for his earlier remark:

I’ve dedicated my whole life to this craft, which, for a variety of reasons, is one that people feel we don’t need to pay for anymore. And I went through a period of pointing fingers and being the grumpy, old, get-off-my-lawn guy. But then you realize, let’s adapt and figure out how to make this better instead of just complain about it.

No, I get the feeling he’s still in that phase, don’t you?

Amazon’s Brazilian Textbook Deal Heralds a Shift in the Market

Wait a minute. Apple Music is throwing millions of dollars into making paying for music attractive to users and resisting the call of free (YouTube). Reznor is an exec there, a position he got after having tried various other things such as "pay what you wish" (and finding that most people "wish" to pay nothing).

What’s your point? That music should be free and that anyone who insists that it should be paid for is a "grumpy get off my lawn guy"?

Hah, didnt realize this comment was you Bill. You could say that my comment below is part 2 of your comment. I dont think Nate is arguing that music should be free. Just not sure what the argument is. Trent is definitely not a grumpy old man.

Interesting given that he is also one of the most innovative guys and has experimented with new economic models for years. Year Zero and other types of "open" or nontraditional content. In the linked interview he actually makes the grumpy old guy comment before making the youtube comment. I think Trent may be seeing the economic reality. He used to be pretty optimistic. If you read all of his comments in light of his public statements over the past 10 years you can see a man who has been thinking about the industry on many levels. I say this as a person who doesn’t exactly admire Reznor, but I have come to respect him on these issues because he has given it serious thought and has never been the type of hyperbolic naysayer like David Lowery. At some level he is correct, the music ecosystem is hurting more than any other as streaming and torrenting have commodified the basic product. Consumers expect it to be free and dont want to pay. The economics are fairly bleak.

Well, I’m not sure is currently *runs* on stolen content but YouTube pretty much was *built* off it and still features a lot of it.

The other aspect is more interesting, though: there is no question YouTube lives off free content (free and otherwise). Mostly because when it launched it was the only broadly open platform and its business model was solely ad-supported.
That is changing so legitimate content creators have other choices:
Google itself is trying to move beyond free with YouTube Red and Amazon’s indie video service offers multiple models for pay video.
Audio?
Well, the dual-tier model seems to work for Spotify and Pandora (more or less for Pandora) and there seems to be enough money in paid services that Microsoft’s Service endures and Amazon is jumping in.

Could it be that Apple’s issue is more a matter of their pre-launch expectations than the nature of the market? Just as with eBooks, Apple arrived a bit more than just "fashionably late"to the streaming party. The true believers (and they are legion) have flocked to Apple’s service but others…
As I said: interesting.

It will be interesting to see how YouTube Red and Amazon’s paid services (for audio and video) perform. It may be that free isn’t the only model that works.