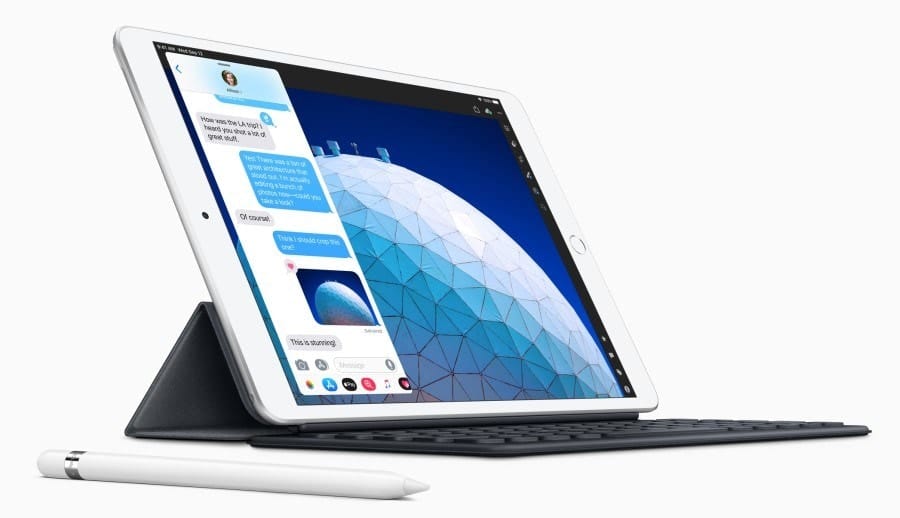 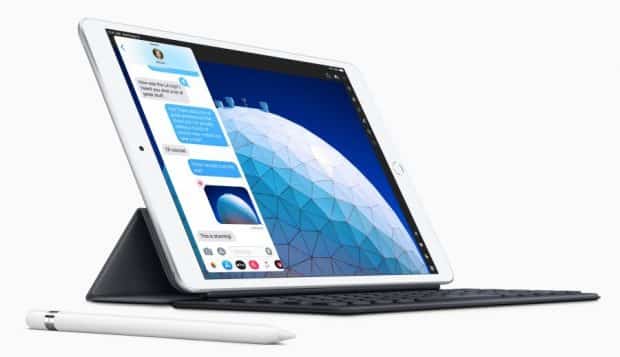 Apple disappointed analysts in their recent quarterly report, and today they responded in their usual fashion.

They launched a new tablet model.

The new iPad Air is a 10.5″ tablet that falls somewhere between the cheaper iPad and the iPad Pro. It’s powered by one of Apple’s A12 Bionic CPUs, making it more powerful than the iPad with its A10 chip but still a step down from the iPad Pro. The new iPad Air also has 8MP and 7MP cameras (compared to the 8MP and 1.2MP cameras on the iPad) and generally better specs than the iPad, including optional support for an Apple Smart Keyboard.

The new iPad Air is listed for pre-order at $499, about $170 more than the current iPad.  It should be in stores next week.

All in all, the hardware goes a long way to justify the extra cost, but I’m still not sure the iPad Air is worth it. This tablet runs iOS, which is still only about half an OS compared to Windows or Android. You can get a powerful Windows tablet for under $500, and then use the OS to do four or five times as much as you could with the iPad Air. (And that’s not just me, but also what I hear from Apple fanboys on Twitter.)

What many have been waiting for also seems to have arrived: a new iPad mini with pencil input support.

What does "responded in their usual fashion" even mean? Just reflexive Internet snark or…?

It’s not reflexive snark; it just seems like every time Apple has a down quarter, they follow it up by adding a new tablet or smartphone to their line up.

then you think that the 10.3 "ereaders are selling (quite) more expensive and you have to laugh