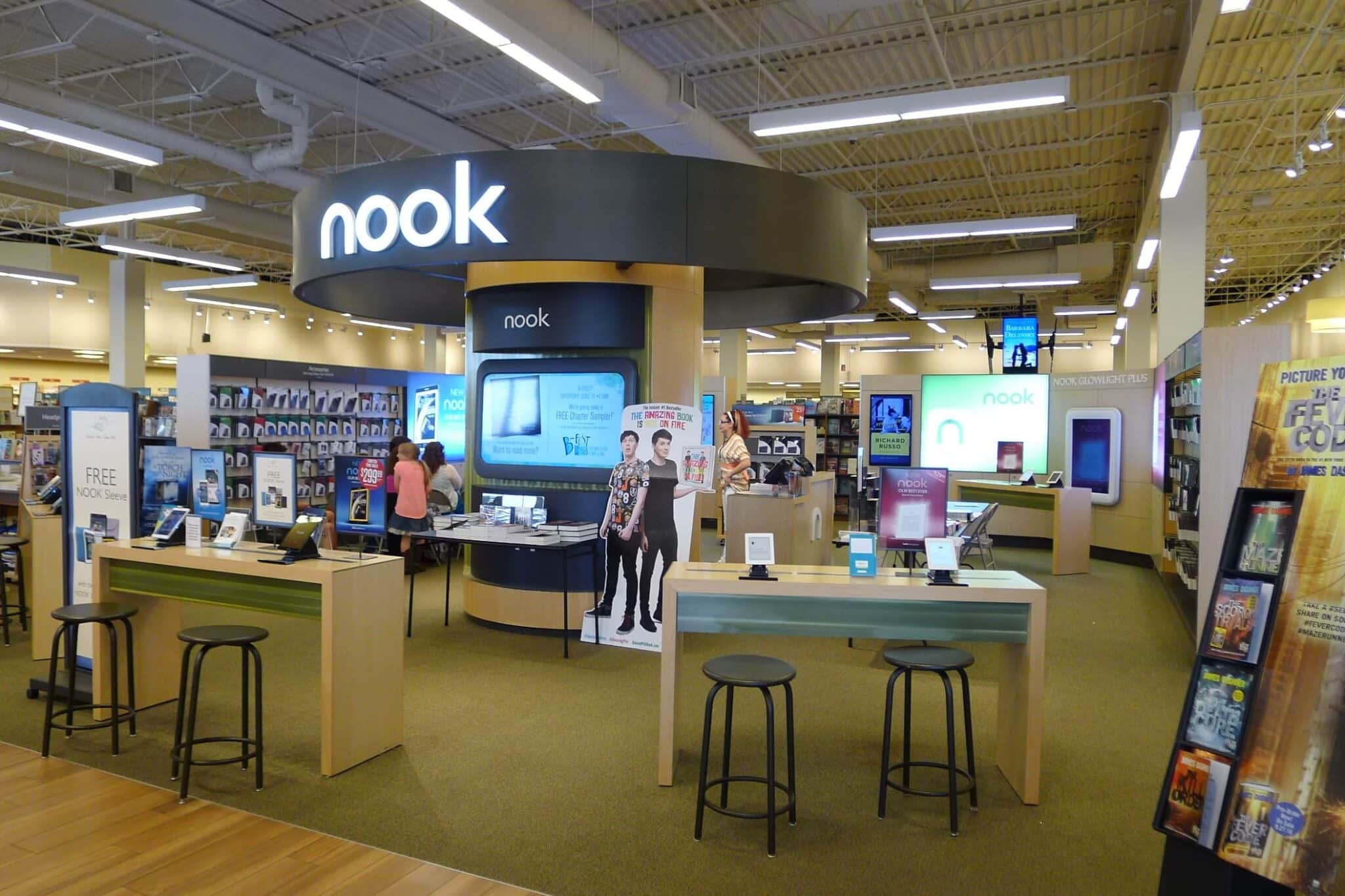 B&N’s once mighty ebook division has fallen on hard times. What at one point was a billion dollar a year business has now shrunk to the point that there are digital publishing startups that have more revenue and larger work forces.

Barnes & Noble reported in its annual SEC filing that annual Nook revenues for the period ending 28 April totaled $111.5 million, down from $146.5 million the previous fiscal year. That is a decline of 24% in just a single year, and a decline of close to 90% from peak revenues in 2012.

The Nook division accounted for 3% of B&N’s revenues, with gifts and toys accounting for 28% and media (including books, DVDs, etc) accounting for 69%.

B&N also told the SEC that as of 28 April, the Nook division employed 57 people, including part-time workers. It’s not clear how many of those provide tech support, but we do know that many parts of the Nook division have been outsourced or shut down. eReader hardware development, for example, used to be handled in-house but has since been handed off to Netronix, a Taiwan-based OEM.

B&N had reduced staff and outsourced functions in a bid to reduce cost and turn the Nook division profitable; however, Nook continued to show an operating loss last fiscal year, costing B&N $36.3 million.

Edit: And yet somehow the Nook division also turned a profit, according to Forbes:

Considering the crappy way B&Ignoble treats their eBook customers, I’m surprised they’re taking in THAT much. They jumpstarted their eBook provision by buying Fictionwise, where, in the year prior, I had bought $2000 worth of eBooks. B&I then proceeded to ignore everything that Fictionwise had learned about how to market eBooks well, bent over and let the publishers' "agency" be shoved up everybody including them, provided a "your library" web page that wasn’t searchable and eventually forbade downloading the books via the web.

They essentially bought what they thought would be an ebook-friendly customer base and proceeded to micturate right on our faces.

The day B&I declares bankruptcy, I have every intention of opening some champagne.

With all of the bad choices they have made with the Nook and with how they have ignored and not listened to their customers why would they think anyone would be willing to continue to buy their devices and buy their Nook books. Their losses are no surprise. They have pretty much killed themselves and have only themselves (not Amazon or Kobo) to blame.

I hope none of those 57 people have big mortgage payments. Nook sounds like the weak link of a chain with no strong links.

Goodereader reported that Nook turned a profit. Which one is right?

I pulled my figure for the operating loss from the SEC filing where it said "operating loss". I can’t say with 100% certainty that the unit lost money, but the loss was big enough that I would think it did lose money.

From the Forbes article:

I take it that "continued cost rationalization" is cfo speak for firing half of the staff.

Sorry Forbes does this thing where it dynamically changes the link if you get to the bottom of the article, here is the correct link: