BiblioTech’s Newest Bookless Library Will Also be the Largest 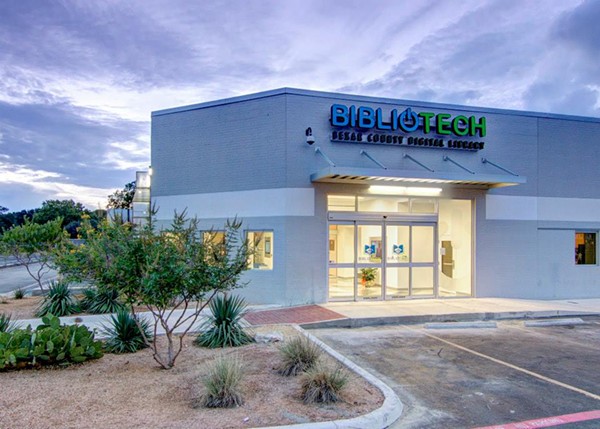 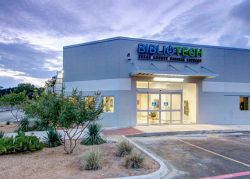 Since 2013 Bexar County’s Bibliotech digital library has opened two local branches as well as kiosks in a hospital, bus terminal, and on local military bases.

San Antonio Express News reports that Bibliotech will soon open a third branch on the east side of  San Antonio:

Bexar County officials offered a sneak peek Monday of what will become BiblioTech’s third — and largest — digital library, scheduled to open in August at the new East Meadows housing development.

Spanning 4,200 square feet, the digital library at the corner of North Walters and Burnet Street will be equipped with 50 computers and will offer access to electronic books and magazines and other services, Bexar County Judge Nelson Wolff said. Membership is free for Bexar County residents.

The digital library’s arrival to the East Side marks another step in the neighborhood’s transformation, which has made big strides since the Wheatley Courts public housing project was demolished and the mixed-income East Meadows development was built in its place.

“You’ve heard me talk about that vision for San Antonio being a globally competitive city, where everyone has opportunity to connect to prosperity,” Mayor Ivy Taylor said Monday. “We can’t achieve that unless we close the digital divide.

The new library will have few if any paper books and will instead devote its space to a reading room, a community room, a children’s area, a maker’s lab, and two group study rooms.

You can see the first bookless branch in this explainer video:

Stephen King to Embrace Piracy as a Promotion Tool