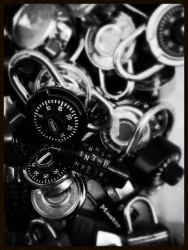 For a little over a year now Dropbox has enabled its paying users to restrict how  others could access their shared files, but now Google is going one better: they’re offering the same features, for free.

Earlier today Google Drive users gained the ability to disable downloading, printing and copying of the files they share (they have to own the file, obviously). The new rights management options can be found on the web interface in Google Drive, and looks something like this:

The option isn’t available in the Google Drive apps yet, according to Google, but they do say that developers can also add the functionality in third-party apps with an API.

Interesting. This will probably prove ineffective at preventing the more tech-savvy users from copying a shared file (screen capture apps – both image and video – are quite common), and it’s really just a reminder that the file owner doesn’t want the contents to be shared widely.

If you really want to stop everyone from copying then you would need to use a service like Dstrux, but I would not recommend it for moat uses. That service is much more restrictive in  how you can access the shared file, so much so that I’d frame it as the file can’t actually be seen but is instead glimpsed briefly.

I’ve tried Dstrux once or twice and the restrictions frankly rendered the file unusable even for a task as simple as reading.

E-reader sales are down in China